The US Lost but Hold the Schadenfreude, Afghanistan Is Now the World’s Problem

Afghanistan will be a problem for the world at large, and especially for Europe and Asia, since they are connected via landmass with this nation. And this time, the world will not have the US to kick around anymore. 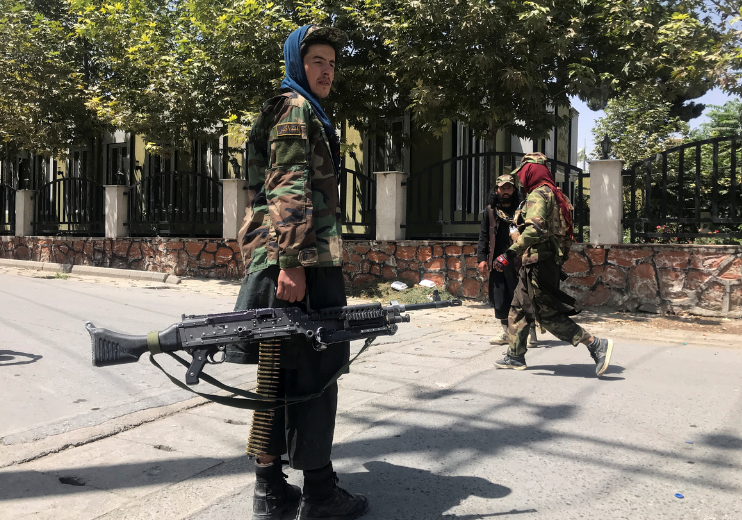 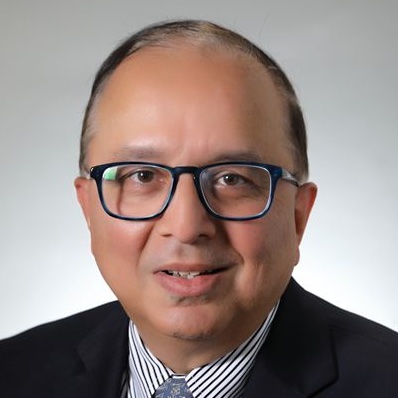 Back in April 2002, President George W. Bush had said in a speech at the Virginia Military Institute that “… the history of military conflict in Afghanistan [has] been one of initial success followed by long years of floundering and ultimate failure. We’re not going to repeat that mistake.”

The soon to be published book – The Afghanistan Papers: A Secret History of the War – documents how three presidents and the military leadership effectively misled the US public year after year about the ‘progress’ they were making in Afghanistan. Based on interviews with more than 1,000 people in the US government and the military, the report paints a shocking picture of how an entirely distorted and often fabricated version of facts on the ground was presented to policy makers and the public.

The interviews highlight the fact that the United States was failing militarily and administratively. Even worse, many knew that it was failing, and yet the war went on and on.

In June 2011, Army Lieutenant General William Caldwell IV, Commander of the NATO Training Mission, made public appearances insisting that US military advisers and trainers had transformed the Afghan army and police into a professional fighting force that could defend the country and keep the Taliban at bay. “There has been significant progress made in the development of the Afghan National Security Force over the past 20 months,” said Caldwell, in a speech at the Brookings Institution.

According to The Afghanistan Papers, US military officials privately harboured fundamental doubts throughout that Afghan security forces could ever shed their dependency on US support and firepower. “Thinking we could build the military that fast and that well was insane,” an unnamed former US official told government interviewers in 2016.

Also read: Afghan Filmmakers Fear for Their Lives – And for the Safety of the Archives

In the event, Afghanistan’s military collapsed in a spectacular manner and allowed Taliban fighters to walk into Kabul in spite of 20 years of US efforts, and over $2 trillion in spending, according to a Brown University report.

The mystifyingly rapid collapse in 2021 may actually be explained by what began with a series of deals brokered in rural villages between the Taliban and low-level Afghan government officials. According to a report in the Washington Post, the deals were initially discussed as early as last year, but described by Afghan officials as ceasefires. Over time, the meetings advanced to the district level and then rapidly on to provincial capitals, culminating in a breathtaking series of negotiated surrenders by government forces, according to Afghan officers, police, special operations troops and other soldiers.

The human tragedy unfolding in Afghanistan is a pivotal moment in world history with major geostrategic implications for countries in the neighbourhood. The graveyard of empires proved true to its sobriquet as yet another global power learnt the hard way that it is impossible for outsiders to control Afghanistan. 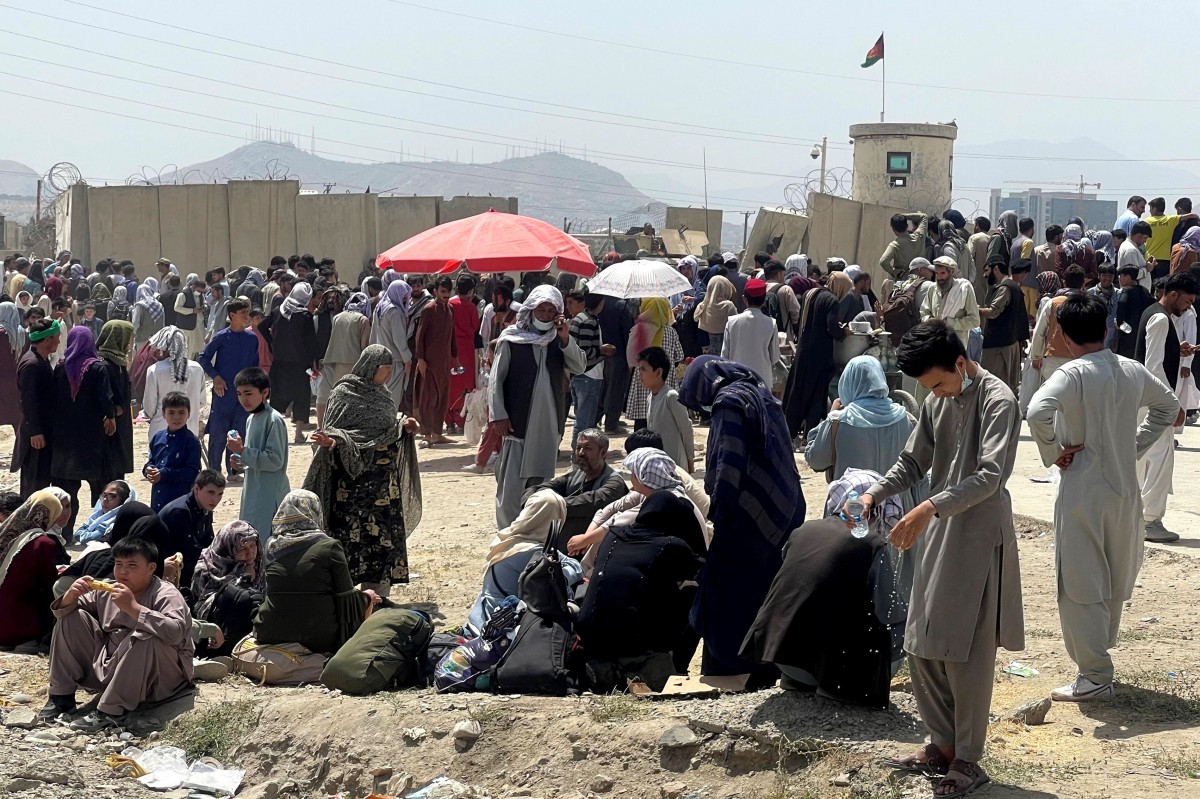 All across the globe, a barely suppressed outburst of gloating pervades the news cycle, and echoes across social media platforms and WhatsApp chat groups. To see the mighty US knocked down from its perch, and retreating so ignominiously and abruptly from Afghanistan, has energised armchair strategists in every corner of the world, including India of course, beside America’s geopolitical rivals. China has slammed the US for its ‘hurried’ withdrawal. Russia has also gloated.

Though these reactions are somewhat understandable, the schadenfreude brigade better beware, because these chickens are going to come home to roost for them too. A resurgent Taliban in Afghanistan is likely to energise extremist movements in neighbouring nations and increase the risk of radicalisation and terrorist attacks in countries like India.

The Indian commentariat is having a field day pronouncing the US as an “empire in terminal decay”, but such comments are ignorant or naive at best. The US has never been driven by an empire building mindset; it’s all about unbridled capitalism and a “greed is good” mentality on one end of the spectrum, and an idealistic desire to ‘spread freedom’ at the other end.

The US military-industrial complex has profited handsomely from the wars in Iraq, Afghanistan and elsewhere since they could sell munitions and war equipment to the combatants. On the other hand, the idealists endeavoured to bring freedom and women’s liberation to Afghanistan and supported the 20-year project to empower civil society. Though the experiment has largely failed, there is no reason to ignore the blood and treasure the US invested in trying to make Afghanistan a better place for its people. It is pertinent to note that the Russians during their ill-fated invasion, and India in the last 20 years, also both invested in infrastructure and education for the Afghans.

The US originally went to Afghanistan not to build an empire, but rather to avenge the 9/11 attacks and get Osama bin Laden, the architect of the heinous attacks on American soil.

Following their defeat in the initial invasion, the Taliban found safe havens in Pakistan. They reorganised under Mullah Omar and launched an insurgency against the Afghan government in 2003. The US and NATO mission soon morphed from the original goal of counter-terrorism into an ill-advised nation building exercise. The US also went on a parallel misadventure into Iraq, and at the same time became mired in what was effectively a civil war in Afghanistan.

The time to leave Afghanistan would have been when the US finally got Osama under President Obama’s leadership in Abbottabad, Pakistan, on May 2, 2011. That didn’t happen and it took 10 more years for Presidents Trump and Biden to say enough is enough.

Biden, in a defiant defence of his decision, has blamed the collapse of the Afghan government on the refusal of the country’s military and leadership to stand and fight in the face of the Taliban advance. He pointed out that he was the fourth president to wage war in Afghanistan. “I will not pass this responsibility on to a fifth president … the buck stops with me,” he said. And so it did.

At the end of the day, Afghanistan will have to find its own way to the 21st Century. The “graveyard of empires” will no longer be a problem for the US to deal with, unless of course terrorist attacks originate from its soil again. Even in that case, the US plan is to largely rely on over-the-horizon capability rather than put boots on the ground.

Once the dust settles, Afghanistan will be a problem for the world at large, and especially for Europe and Asia, since they are connected via landmass with this nation. And even more so for India, because of the strategic rivalry with Pakistan, which will now have an ally, albeit an unreliable and unstable one, in Afghanistan. History has shown that playing with fire often comes with a blowback.

However, when it comes to the “Afghanistan Problem”, the world will not have the US to kick around anymore – to paraphrase President Nixon’s famous words.