The Pegasus Project Has Exposed the Magnitude of Mexico's Surveillance Problem

President López Obrador, who as a candidate was a clear victim of espionage, seems committed to ending spying from the government. Whether he can deliver remains to be seen. 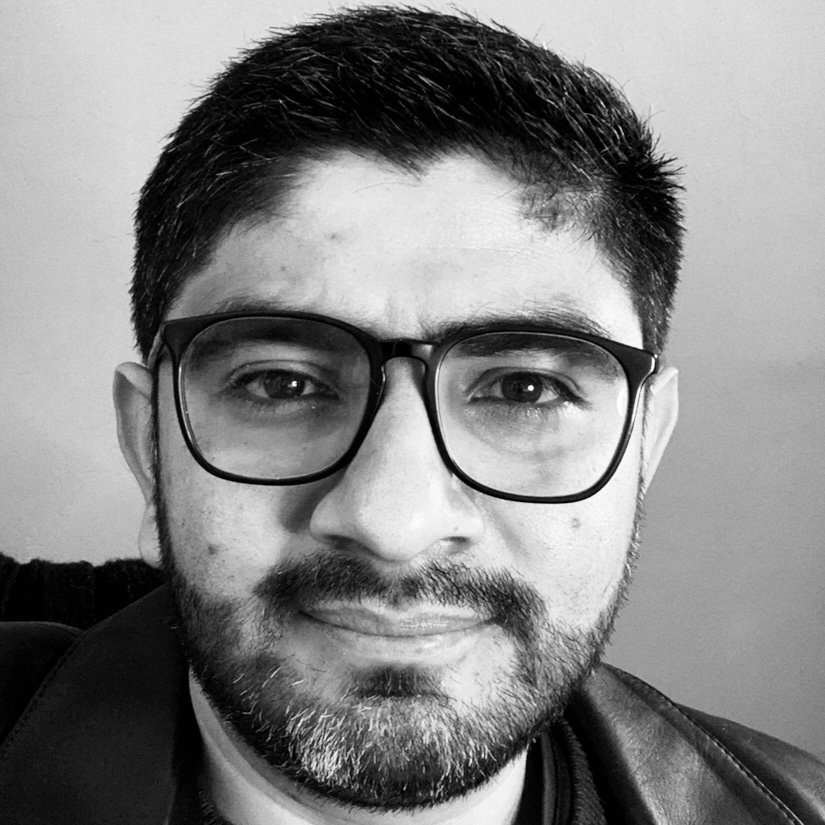 Mexico City: In Mexico, it has always been said that spying is the true national sport. Journalists and politicians of all levels joke about ‘birds on the wire’ when they speak on the phone; some delight in insulting the spies listening in on their private conversations.

By revealing the massive dimensions of an indiscriminate espionage programme run with a technological tool that could well be considered a deadly weapon in the wrong hands, the Pegasus Project has reminded Mexicans that communications interception is no laughing matter. And boy, did the spyware created by NSO Group fall into the wrong hands.

Mexico ranks first, by far, within the data accessed by the consortium of more than 80 journalists and 17 media organisations led by Forbidden Stories and Amnesty International, who collaborated in the project: there are more than 15,000 records of potential Mexican targets in a universe of 50,000 numbers.

Among the potential victims of espionage are more than 50 people directly linked to the current president of the republic, Andrés Manuel López Obrador (AMLO). These include his wife, his brothers, almost all of his cabinet, close collaborators and even his cardiologist. In addition, there all kinds of figures in the political sphere, from right to left, who for decades were in opposition.

The attempt to spy on the cardiologist was not incidental or happenstance. He appeared as a target at the precise moment when questions were being raised about AMLO’s health. AMLO was, at the time, still a presidential candidate, and his opponents were asking whether he was fit enough to be in charge of a country as problematic as Mexico given his history of cardiac problems.

Apart from AMLO, governors, including from the then ruling party, were especially the object of interest by the users of the program created by NSO Group, as were human rights lawyers in cases that have shaken Mexico in recent years, such as the counsel for the families of the 43 students from Ayotzinapa killed and buried at Iguala in Guerrero state. 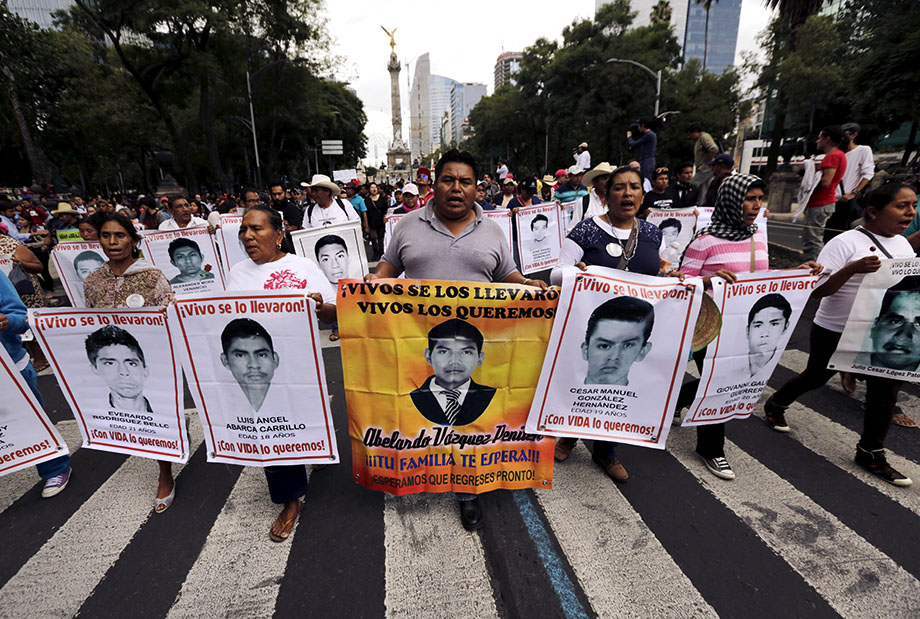 Relatives carry photos of some of the 43 missing students of the Ayotzinapa teachers’ training college during a protest to mark the 11-month anniversary of their disappearance in Mexico City, Aug. 26, 2015. Credit: Reuters

The fact that the numbers of more than 20 journalists appear should not be overlooked, because Mexico is first in the world in the category of ‘most dangerous countries’ for the profession, with an average of between 8 and 10 journalists killed each year, according to the most recent report from Reporters Without Borders.

In this area, the case of Cecilio Pineda, the Guerrero journalist, deserves special attention because he appears as a probable target of espionage with Pegasus only a few weeks before being assassinated, in March 2017.

We also checked patterns of follow-up to key figures from social movements, such as dissident teachers from the union who opposed an educational reform designed to reduce their rights and participation in the country’s teaching model.

In the wake of all these revelations, the public reaction has been one of outrage but not surprise.

While the bureaucracy in Mexico has traditionally refused to provide information on surveillance programmes citing national security, it is an open secret that the use of Pegasus is the political responsibility of the then president of Mexico, Enrique Peña Nieto. 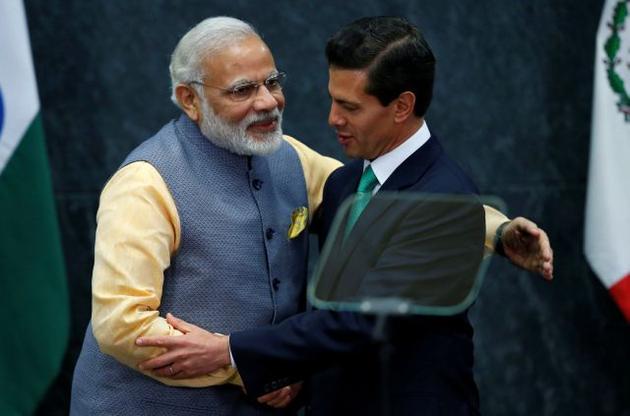 He ascended to power pushed by the big media and was already accused of political espionage and serious violation of human rights in his earlier positions.

Peña Nieto and members of his cabinet, such as the then all-powerful interior minister, Miguel Ángel Osorio Chong, lied for years by stating that CISEN (the now defunct Center for Research and National Security) did not have Pegasus and that all their activities were carried out within the legal norm.

However, recent documents published as part of the Pegasus Project show that these officials lied – that there was always evidence of the purchase of the spyware developed by the NSO Group and that it was even used for political espionage.

Official lies were recorded in the appearances of officials before Congress, administrative and criminal investigations and even in statements to the press.

The Mexican use of Pegasus involved a complex financial and business network created to sell the program to security agencies without reporting the costs, operation or even the existence of the program in the security cabinet.

Mexican journalists have managed to establish that behind the network of companies is the Israeli businessman Uri Emmanuel Ansbacher Bendrama, who, despite his economic power and contacts in the political and economic sphere, has become a true phantom in public life.

Ansbacher has denied all allegations of wrongdoing and claims that all of his operations were in accordance with the law.

Despite the seriousness of the accusations, the question remains as to whether the matter will be properly investigated and whether all those responsible will be punished.

In Mexico, impunity is the rule, since less than 8% of reported crimes are resolved and the rate worsens in complex matters, such as political corruption.

The investigation of the Pegasus case fell into the hands of the Attorney General’s Office in 2017, when the first cases of spying against activists and journalists became known. After the publication of the Pegasus Project, the AG’s office reports that it is on the way to prosecuting the case, although its statement is being read with distrust because it made two gigantic inaccuracies – mentioning the journalist Carmen Aristegui as a collaborator in the investigation and not as a victim, and misrepresenting the technical opinion of Citizen Lab, the Canadian technology laboratory that has become a world reference on the subject of cyber espionage.

Among the reactions that have come over the past few days, President López Obrador’s commitment to make public all information on Pegasus – including the contracts signed to acquire the program and the results of the espionage on all public figures – stands out.

This gesture of transparency has been read with optimism by civil society organisations that for years have fought a legal battle to access information. However, the presidential order has been blocked by the old and dominant bureaucracy that has refused to deliver the relevant documents; that is why, to date, there are no substantial elements to report on this matter. Despite how ‘accepted’ the issue of espionage seems to be in Mexico, there is also growing indignation about the threat to privacy that this spying represents.

The reaction of Bertha Luján, a key figure in the left movement during the past decades, is particularly noteworthy. Espionage, she said, is not only illegal “but directly affects human rights, the right to privacy, the right to to have a life that corresponds to us, of which we are the owners… ”.

In the same spirit, Beatriz Gutiérrez Müller, the writer and wife of President López Obrador, said that she is disgusted by what had happened, because “they violated our right to privacy.”

The defence of a protected private sphere is not always the first argument heard when protesting against Pegasus, in part because the public sphere in Mexico is still in the process of formation and abuses and attacks have been constant during the past decades. Yet, it is refreshing that regardless of the public role that people play, their right to maintain privacy away from the gaze of spies is increasingly being defended.

Slowly but surely, the old jokes about “birds on the wire” are already being left behind and seem stale. President López Obrador himself, who at the time was a clear victim of espionage, now seems committed to ending spying from the government.

In conclusion, the Pegasus Project has reopened an old and long debate in Mexico about espionage, the right to privacy, political corruption and the serious impunity that dominates public life. The only question that remains is whether the current administration will have the ability to solve the case and give justice to the victims.

In any case, Mexican and international journalists will continue to report on the abuses and injustices committed with this or any other cyber espionage program, and betting that some good will come out of expanding the public debate.

Sebastián Barragán Hidalgo is a journalist with Aristegui Noticias, a Mexican media organisation that was part of the Pegasus Project. He tweets as @BarraganHidalgo