As India moves towards significant state elections, the resistance shown to voter suppression, disenfranchisement and curbs on voting rights displayed before the US mid-term elections are crucial lessons to be learnt. 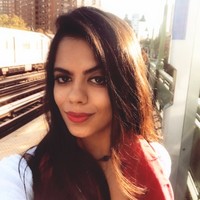 This election, all 435 seats in the House of Representatives went to polls while 35 out of 100 Senate seats were open for contest. The Senate and the House together constitute the US Congress. Governors were being elected in 36 out of 50 states.

Right in the middle of Trump’s four-year-term, the mid-terms will act as the ultimate indicator of whether America will enable Trump implement his policies or the Democrats will sweep to power to make Trump’s presidency look like an aberration in the national political scene, a mere blip in the long history of American democracy.

Also Read: US Mid-Term Polls: Democrats Take Control of the House of Representatives

Exit polls and early result-indicators have all pointed towards a Democratic wave in the House. Republicans currently control both the House and the Senate. If Democrats take back control of the House or the Senate, they could severely limit Trump’s powers in the final two years of his term by taking control of important Congressional committees and launching investigations into several issues, including the personal dealings of the president himself.

Democrats need to snatch 23 seats from Republicans to take control of the House of Representatives and a net gain of two seats to get a majority in the Senate – however, this is more challenging than it seems.

The US Senate is made up of 51 Republican, 47 Democrat and two independent seats. Democrats currently have 26 of their seats up for election, ten of which are in states that were swept by Trump in 2016, while Republicans have just nine. Effectively, this means the climb is steeper for Democrats as they must defend all 26 seats, even those who swayed towards Republicans just two years back.

Accomplishing this would be equivalent to the Mahagathbandhan bagging the Bihar state elections right after BJP swept the 2014 general elections in the state. Mighty impossible.

However, there are other unavoidable lessons that can be extracted from the experiments of the world’s oldest democracy for the benefit of the world’s largest, especially since a wave of democratically elected right-wing populist leaders left the faces of both countries looking eerily familiar. The US election can serve as a yardstick for the upcoming state and general elections in India. A rainbow forms over the US Capitol as evening sets on midterm Election Day in Washington, US November 6, 2018. Credit: Reuters/Jonathan Ernst

Ever since the election of 2016, the rhetoric of voter suppression and voting rights has become mainstream in American politics, and for good reason. The Brennan Center for Social Justice reported that “voters in at least eight states will face more stringent voting laws than they did in the last federal election cycle, and voters in 23 states will face tougher rules on voting than they did in the 2010 wave election.”

In response to this wave of assault on voters’ rights, an incensed collective rallying has spawned between 2016 to the present day, with growing awareness of voters’ rights and voting issues.

These stringent laws refer to the decades-long battle against disenfranchisement of voting-rights that activists have been fighting in the US, and that have only emboldened after the landmark Shelby vs Holder ruling significantly weakened voting rights in the US. The assaults include harsh voter-ID laws, curbs on early voting, long lines that dissuade daily wage earners to vote and so on. Extremely gerrymandered electoral maps have given a leeway to both Republicans and Democrats to fashion electoral districts keeping their voter-base in mind.

Important states like Georgia, Nevada and Florida have purged hundreds of voters from the voting lists, most of whom are minority voters – African-American, Latino names – that significantly dents the vote-bank of Democrats while strengthening Republicans. In North Carolina, nearly 20% of early voting locations were closed this year.

Early on the morning of voting day, reports of a wave of EVM failures dotted the internet. Broken voting machines in progressive states such as New York led to queues that required a three-hour-wait to vote: an abomination considering the dire economic consequences that minority voters would face by wasting long hours in line.

Also Read: Loss of US House Leaves Republicans More Tied to Trump Than Ever

In North Dakota, which was shaken by the massive Dakota Pipeline Access protests in 2016, lawmakers imposed strict voter ID laws that meant Native American tribes, who do not possess photo ID cards, were rendered ineligible to vote.

In Florida, 1.6 million ex-convicts, or felons, had been disenfranchised. If a person was convicted for stealing a pen at the age of 18, they would be ineligible to vote for the rest of their lives. The anti-felony law of Florida became a major tool to disenfranchise African-American voters.

In Georgia, the race between Democratic nominee Stacey Abrams and her GOP opponent Brian Kemp will not only decide whether Abrams will defeat incumbent Kemp to become the first African-American female governor of America, it will also be a clarion call for anti-voter suppression fight in the US. Stacey Abrams’s campaing was a clarion call for anti-voter suppression fight in the US. Credit: REUTERS/Chris Aluka Berry

Since 2010, Kemp’s office has purged around 1.4 million voters from voting books, including more than 660,000 in 2017 and almost 90,000 this year. Many of those voters found their registration canceled for the simple reason that they did not vote the last time. This year, in another egregious assault on voter rights, Kemp’s office put 53,000 voter registrations – 70% of who are African American – on hold.

In response to this wave of assault on voters’ rights, an incensed collective rallying has spawned between 2016 to the present day, with growing awareness of voters’ rights and voting issues. Often, the movement around voting rights has been helmed by the people and supported by civil rights group.

Investigative news portal ProPublica launched the mother of all election-watch efforts where hundreds of journalists from leading newsrooms across the US collaborated to report election-day problems like long lines, issues with same-day registration and Spanish language ballots in minority-areas.

Activist groups filed and won lawsuits on the day of the election to ensure timely judicial intervention in voter suppression issues. Georgia NAACP, one of the oldest civil rights bodies of the US, won a lawsuit filed in the eleventh hour of voting day to extend voting times up to three hours, or until 10 pm, in two precincts near Spelman and Morehouse in Georgia. Independent think tank Demos was one of the plaintiffs in an emergency lawsuit filed to protect the rights of eligible Ohio voters who were arrested just three days before election, which made them ineligible to vote.

But perhaps the most significant effort in restoring voters’ rights came from a long-standing peoples’ movement in Florida, led by ex-convicts who rallied for a referendum to enfranchise the 1.6 million disenfranchised ex-convicts of Florida. The people of Florida voted in support of this motion and in one stroke enfranchised millions, thus clocking perhaps the most significant victory for democratic values after the universal suffragette movement.

It is also no surprise that according to the Brennan Center, out of the 24 states that have passed significant voting curbs since 2011, all but five have been Republican.

While India argues over the sanctity of the EVM machines, 18 states in the US vote entirely on the paper ballot, while most others utilise some or the other kind of paper trail behind them.

Mid-term elections in the US tend to act as a referendum on the president. Of the 21 mid-terms that have been held since 1934, the president’s party has only made gains in the House three times and in the Senate five times.

A record 198 women have been vying for seats this mid-term. Women make up only 20% of Congress, but Trump’s 2016 win and the following #MeToo movement has acted like a spurring factor for American women to enter politics. Twenty-nine-year-old Alexandria Ocasio-Cortez defeated the Republican incumbent in her New York district to become the youngest woman in Congress.

Generally, low turnout has tended to favor the Republican Party in previous mid-terms. But significant millennial and non-white turnout (40%), according to preliminary exit polls, will ensure that Democrats register a significant win this election season. 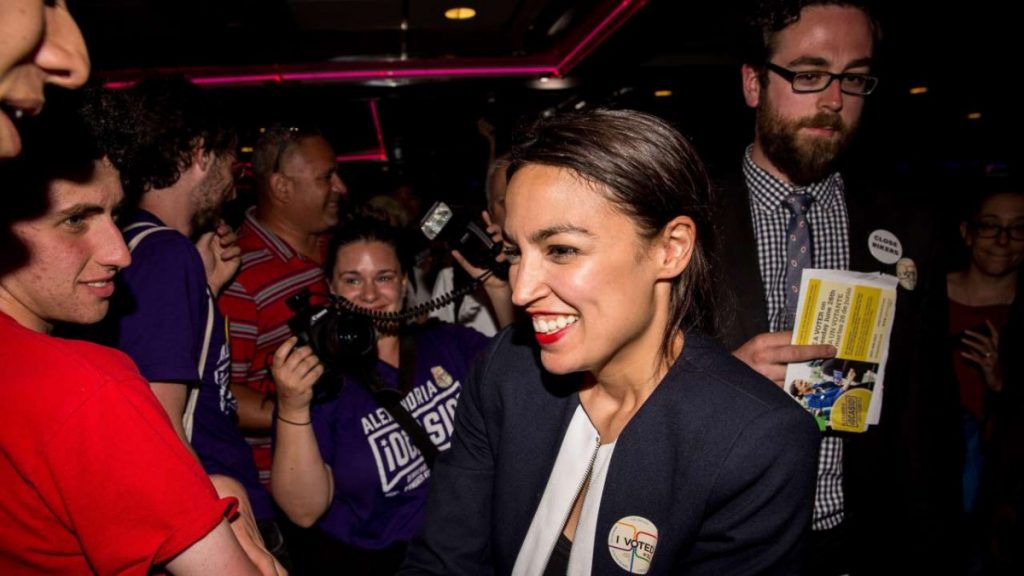 Alexandria Ocasio-Cortez became the youngest woman to be elected to the House of Representatives. Credit: Reuters

Resistance to voter suppression and undemocratic means has also come in the shape of ensuring transparency in the process of voting and counting: in most cases, a paper ballot is used to cast votes which are counted on the same day and the results declared within a few hours.

While India argues over the sanctity of the EVM machines, 18 states in the US vote entirely on the paper ballot, while most others utilise some or the other kind of paper trail behind them. Only eight states do not use any paper trail at all to conduct elections in the US.

Moreover, progressive reforms and civil awareness on voting rights is enabled through chunks of publicly available voter and election-related data. The data that is not freely available is also increasingly accessible through FOIA or the Freedom of Information Act – a federal law that grants the public access to information possessed by government agencies. All the publicly available voter data is convertible to excel files where data analysis becomes not only plausible but favorable.

As India moves towards significant state elections, it will be catastrophic to ignore the crucial lessons of valuing and rallying for the vote that have emerged in the most significant American mid-term elections.