The Coronavirus Emergency Among Migrant Farm Workers in Italy

Migrant workers in Italy’s South have been trapped in overcrowded camps — leaving them exposed to the virus, unable to work and without any income. “We were abandoned with no information about the spread of Covid. Last week they informed us that some people inside the migrant camps had tested positive, but they did not tell us who, nor did they separate them from the others. Now they say that the positive cases could have increased”. That is Mor Dembélé, a labourer from Ivory Coast, who has lived in the San Ferdinando migrant camp in the province of Reggio Calabria for years, talking about a potentially explosive situation after a regional order declared one of the most famous ghettos in Italy a red zone.

The night between October 16 and 17 saw protests by the inhabitants of the migrant camp that houses around 250 people, rejecting the region’s decision to close the area following the discovery of fourteen positive cases from thirty swabs. “We have not been able to work for six months and now we are told that we cannot go in and out of the migrant camp, meaning a further suspension of work at a time when harvest is starting. In the meantime, they haven’t given us any masks, information and they’ve prevented us from holding meetings: it’s a really difficult situation both from a health and economic point of view”, continues Dembélé, who has been living in Italy since 2011.

Dembélé adds that, at the beginning of the citrus harvest season, the migrants in the camp are afraid of both catching the virus and losing their jobs. “The businesses in the area are not giving work to Africans because word has spread that we are carrying the virus”. The vice-president of the regional government of Calabria, Nino Spirlì, who became president after the death of governor Jole Santelli, issued an order on October 17 declaring the migrant camp of San Ferdinando a red zone.

The regional government is alarmed by the sanitary conditions in the area. These conditions have led to a 50% positive incidence among the thirty individuals tested from a population of more than two hundred people. On October 13, the region had also declared the field of containers used as housing in the industrial zone of Rosarno a red zone, extending the restrictions until October 26. Twenty individuals tested positive in the camp and were then isolated in tents set up in an area adjacent to the camp. The red zone in the migrant camp should be in force until October 27.

“We set up six tents to isolate the positives,” says Fabio Costa, who is in charge of the migrant camp in San Ferdinando. “But the bathrooms remain shared and we can’t provide real isolation,” he points out. Although it seems that calm has now been restored, for days, the workers refused the food distributed by Caritas and asked to go out and work in the fields.

“From a social point of view, establishing the red zone has left the workers destitute as they don’t have a contract and have no right to any kind of support or protection,” explains Ilaria Zambelli, a worker at Doctors for Human Rights (MEDU). Already in July, the NGO published the report ‘La pandemia di Rosarno’ (The Rosarno Pandemic), which collected data and testimonies on the critical conditions of farm workers during the epidemic. It denounced the exploitation they are subjected to, as well as the lack of quarantine facilities and a general pandemic plan. “In the migrant camp, no structures have been set up to isolate the infected people living in tents. Winter is on the horizon meaning a possible worsening of their health conditions due to the impending cold and low temperatures of the past few days,” continues the operator.

“The toilets are shared, those that have tested positive must immediately be moved to suitable quarantine places,” says Zambelli. According to estimates by the Placido Rizzotto Observatory, between 400,000 and 430,000 agricultural workers in Italy are irregularly employed every year by gang leaders who control their daily work activities. Of these, more than 132,000 are employed in conditions of great social vulnerability and serious underemployment, so much so that they are exposed to serious illnesses and the daily risk of losing their lives as a result of accidents at work, as noted, for example, in the Pontine region of Lazio and in Calabria.

According to researcher Marco Omizzolo, “almost one in two agricultural workers has been employed irregularly during the pandemic.” Normally, more than 300,000 agricultural workers, almost 30% of the total, officially declare they work less than fifty days a year, although in reality they work three times as many. During the pandemic, farms recorded a 20% decrease in the number of working days, although this was accompanied by an unrecorded increase in daily hours and work intensity.

According to the deputy mayor of San Ferdinando, Gianluca Gaetano, the explosive situation in the area is the result of years of bad policies that have not resolved any of the issues, on top of which there is now a health crisis. “We are trying to collaborate with all the organisations that have helped us on the ground in recent years, but we are also frustrated by the absence of a regional plan to deal with the situation. We cannot just use coercion with the labourers, we need to provide them with support in the short term, and an alternative to the migrant camp must be found in the long term”.

The new migrant camp, consisting of 64 tents, was set up after the shantytown was cleared in March 2019 on the orders of former interior minister Matteo Salvini. In addition to the 266 people housed in the migrant camp, there are an estimated 1,500 labourers living in abandoned farmhouses in the surrounding countryside. 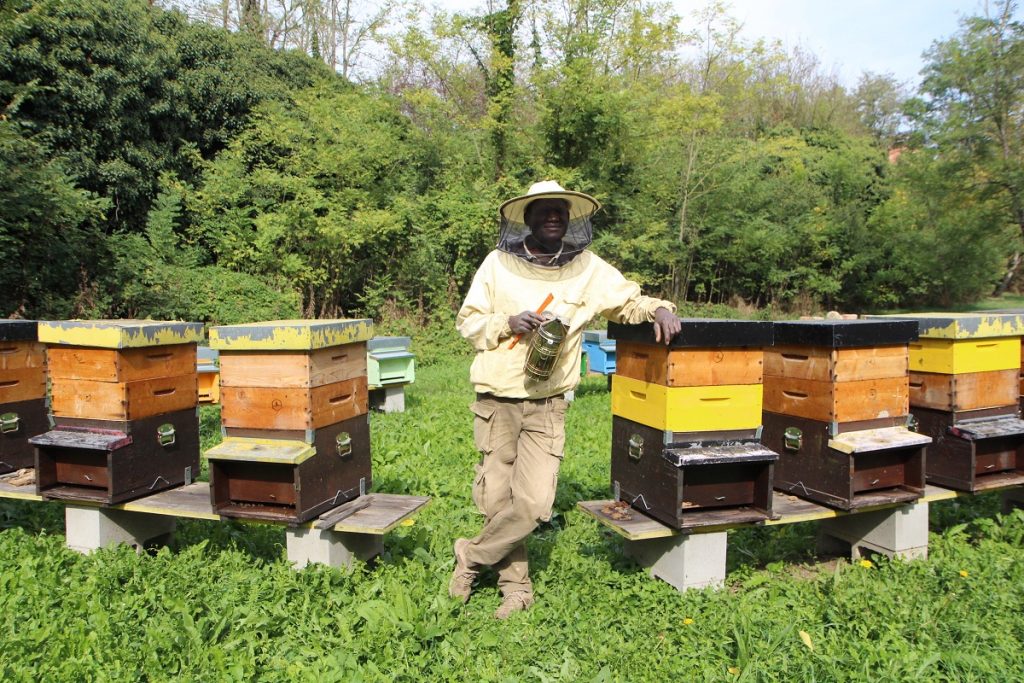 According to Gaetano, a short-term plan with income support is needed, as well as a medium-term plan with a fund for rent and lodgings or guest houses for the farm workers: “At the moment, the death of governor Santelli has created a power vacuum in the region, and furthermore the myth of the virus spreading migrant is causing fear and feeding tensions in the territory”.

On October 20, the mayor of San Ferdinando sent a letter to the local prefect and the regional authorities requesting a meeting. His proposals included “freezing the number of migrants with the right to stay in the camp; removing unauthorised persons or those without a right to stay on the site and any migrants responsible for causing damage and public disorder; the definitive demolition of unnecessary tents, particularly those that are seriously damaged; taking all the necessary actions to accommodate these measures throughout the territory, using the financial resources guaranteed by the regional councillor Gallo”.

The lack of access to social security for the workers, who in many cases do not have employment contracts, has further exacerbated the social situation, according to MEDU’s operators. “The recent amnesty has also proved to be completely ineffective in the agricultural sector and, specifically, on the Gioia Tauro plain it has not led to improved conditions for any workers”, continues MEDU. According to the organisation, it was foreseeable that when the citrus harvest season began, the arrival of seasonal workers from other Italian regions could produce an increase in cases: “But the authorities have not provided for any specific protocol”.

According to Ilaria Zambelli of MEDU, the risk is now that workers, who are afraid of losing more days of work, will not even turn to the health authorities in the coming months if they have Covid-19 symptoms and will become even more invisible, contributing to the spread of the disease. According to Francesco Piobbichi of Mediterranean Hope this is “a disaster in waiting, which should have been avoided”. The operator says that the situation is now even more critical because the labourers, who work illegally or semi-illegally, have no income, and the current tension does not help to resolve the health issue: “They want to go to work at all costs and do not accept quarantine. To reopen dialogue with them, a form of income for those in quarantine should be considered. And this does not only apply to the workers on the Gioia Tauro plain, but to all essential workers who, if locked down, risk being left without means of subsistence”.