The Coronavirus Conspiracy Theory Doesn't Add Up. It's Also a Self-Defeating Diversion.

The world needs to know how the virus originated and how it spread, and the mistakes various countries made. But by declaring China a criminal in advance, Trump and others in the US are ensuring there will be no global inquiry. 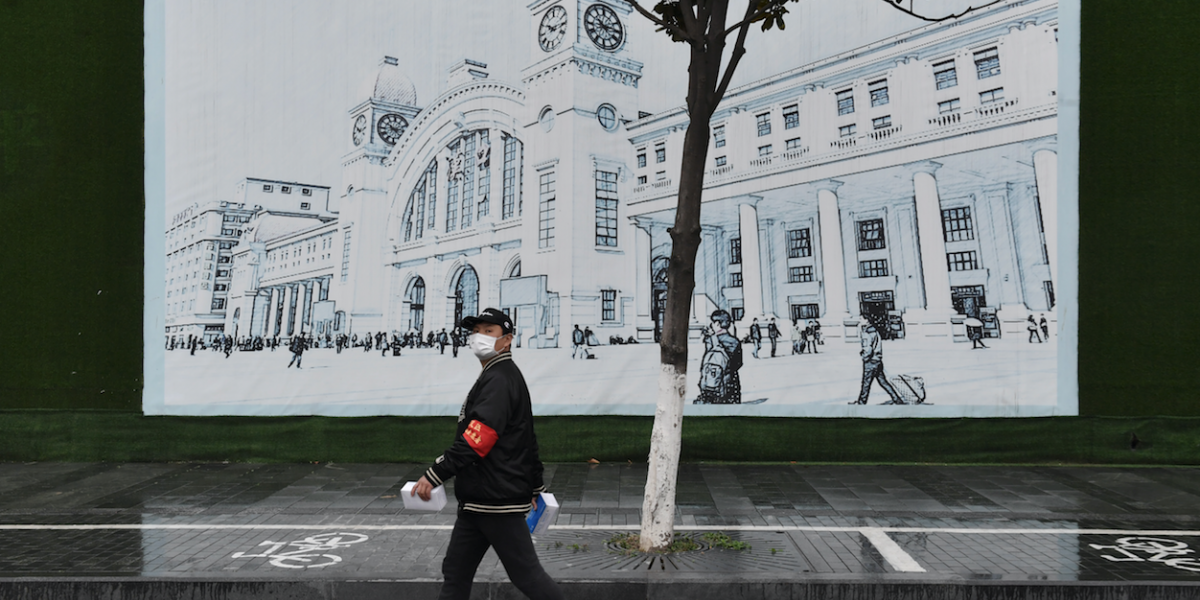 On April 30, the Office of the Director National Intelligence of the United States noted in a statement that it was investigating whether “the outbreak began through contact with infected animals or if it was the result of an accident at a laboratory in Wuhan.”

The statement also concurred “with the wide scientific consensus that the COVID-19 virus was not man made or genetically modified.” In short, the apex intelligence community body seemed to be saying that while the virus did originate in China, there was no direct evidence that it had escaped Wuhan’s research facilities.

This week, the US government’s top infectious disease expert, Anthony Fauci, has once again reiterated that it was unlikely the coronavirus originated in a Wuhan lab. Scientific evidence, he said was “very, very strongly leaning towards” the fact that virus “evolved in nature and then jumped species.” Neither does Fauci accept the view that someone found the coronavirus in the wild and brought it to a lab, from where it accidentally escaped.

According to a report on Tuesday, intelligence shared within the Five Eyes alliance – the UK, US, Australia, New Zealand and Canada – has indicated that it is “highly unlikely” the coronavirus was spread because of an accident in a laboratory, but rather originated in a Wuhan market. Clearly, the US president is not yet able to convince even his closest allies that the virus spread was the result of a lab accident.

The Five Eyes report and Fauci’s statement came a day after President Donald Trump ’s townhall meeting at the Lincoln Memorial in Washington DC where the issue of Chinese culpability again came up. He said that he expected to get a “very conclusive” report soon as to what happened in Wuhan. Pressed on whether there was something nefarious in the Chinese behaviour, Trump said “I think they made a horrible mistake and they didn’t want to admit it…. They tried to cover it.” He went on to imply that having been hit by the coronavirus, China then acted in a way that ensured its spread globally.

On the day the ODNI came out with its statement, President Trump insisted that he knew better. Asked at a press conference whether he had seen evidence that gave him confidence that the COVID-19 outbreak was linked to the Wuhan lab,  President Trump responded “Yes, I have.” But he refused to give further details saying “I can’t tell you that. I am not allowed to tell you that.”

The difference between the ODNI and its ultimate boss, the American President, marks the difference between a professional agency – one that coordinates the work of 17 different US spy agencies – and a politician who is up for re-election and is using the “escaped virus” thesis as what is termed in American football a “Hail Mary” manoeuvre.

The standard narrative has  been that the virus originated in an animal and seafood market some 30 kms away from the  Wuhan Institute of Virology (WIV) where the Wuhan National Biosafety Laboratory is housed. Speaking to Fox News on April 15, Pompeo remarked that the wet market and the WIV were a “handful of miles away,” and that the US was “working diligently to figure it out.”

Subsequently, right-wing American publications and some tabloids began to run stories claiming that the outbreak originated in the lab. More extreme ones like the Washington Times even claimed in late January that the coronavirus may have originated in a lab linked to China’a biowarfare programme.

The bioweapon story was squashed in mid-March when Nature published  “The proximal origin of SARS-CoV-2”,  noting that the COVID-19 pneumonia originated in SARS-CoV-2, the technical name for the novel coronavirus, and was the seventh coronavirus known to infect humans such as SARS and MERS and others. The authors noted, “[Our] analyses clearly show that SARS-CoV-2 is not a laboratory construct or a purposefully manipulated virus.” Washington Times took back its claim on March 25 and that is when the accidental release story gained traction in the US.

By and large, scientists have stuck to the belief that the coronavirus is a natural phenomenon, and not something cultivated in a lab. While the virus’s origin still eludes scientists, “the evidence that does exist paints a consistent picture  of a wild virus.” What many scientists worry about is the politically charged atmosphere which would make future international scientific collaboration difficult.

A detailed  analysis in NPR has suggested that “there is virtually no chance that the new coronavirus was released as a result of a laboratory accident.” After consulting 10 leading scientists who do the work of collecting samples of viruses from animals and understand how lab accidents happen, the NPR concluded that “an accidental release would have required a remarkable series of coincidences and deviations from well established experimental protocols.”

Yet, accidents happen, and Kelsey Piper has detailed in Vox how dangerous viruses and bacteria have escaped in the lab time and again. The report detailed how small pox leaked in a lab in Birmingham Medical School and killed a photographer, it listed a number of other accidents in laboratories. There have been serious incidents in many US labs, as well as in other countries with poor training and slack oversight being a major cause of them.

The experts NPR consulted said they believe the virus was transmitted between animals and humans in nature, much as the way it happened in the case of Ebola or SARS. Just exactly how it transmitted from nature to humans remains a mystery, though bats are suspect, having been carriers for SARS and MERS. Further, the scientists noted that  the protocols used require a deactivation of the virus before they were worked upon and in any case, the work is done in biosafety cabinets.

But all this has not stopped all manner of speculation. For example Fox News  has claimed that it did originate in a lab, not as a bioweapon, but because China was trying to show it was as good, if not better than the US in identifying and combating viruses. In the process, there had been an accident and citing intelligence sources, the channel said that the first bat-to-human transmission took place in the lab and “patient zero” worked in the laboratory.

There have been other explorations of this theme such as one in the Washington Post which suggested that there could be another culprit, the Chinese Centre for Disease Control and Prevention, which is just half a kilometre from the market. The CDC, which did deal with bats, is not as secure a facility as the National Biosafety Lab.

By their own admission, the US, and presumably other intelligence agencies, are continuing efforts to assess whether the virus may have inadvertently escaped in a laboratory. No specific evidence has emerged to support the theory, the Chinese government has denied it, but the issue has a salience in the US where it is being used as political football in an election year.

Other issues, too, have emerged, suggesting why we need more information on the subject. For example, the coronavirus came to New York from Europe, not China according to researchers in Northeastern University. This raises questions about Trump’s boast that he had almost pre-emptively  banned travel from China on February 2, but he did not do so for Europe till March 13 and so the infection travelled comfortably for more than a month across the Atlantic.

More intriguing is  a recent report based on a study by Institut Pasteur suggesting that the outbreak in France was not imported from China, but from a locally circulating strain of unknown origins. Were it to be established that the virus existed in France or elsewhere before it was discovered in China, it would have huge implications for the current debate, as well as future course of action.

The world most certainly needs to know how the virus originated and how it spread, and whether or not there was an unconscionable delay on the part of China in alerting the world to its spread.  But this should not be because it wants to soak China for trillions of dollars, but because it would want to prevent a recurrence and develop common protocols to deal with what appears to be a disease that may be with us for a while.

Unfortunately, by deciding that China is a criminal in advance, as vociferous sections of the American opinion have, they have ensured Beijing will not, and cannot, participate in the process. Without Chinese cooperation, we are unlikely to get an answer and even the best intelligence tradecraft is not sufficient to do the needful by itself.

One way out would be for a global  inquiry into the  spread of COVID-19, the steps taken, or not taken by various governments—China, US, Italy, Spain, UK and so on. This could perhaps be more useful  in aiding the global community to move forward, rather than in the self-defeating exercise on trying to pin the blame on China, especially since there is no way of examining the issues without Beijing ‘s cooperation.