Chinese President Xi Jingping has been ruthless towards Hong Kong, but Taiwan could be more of a challenge. 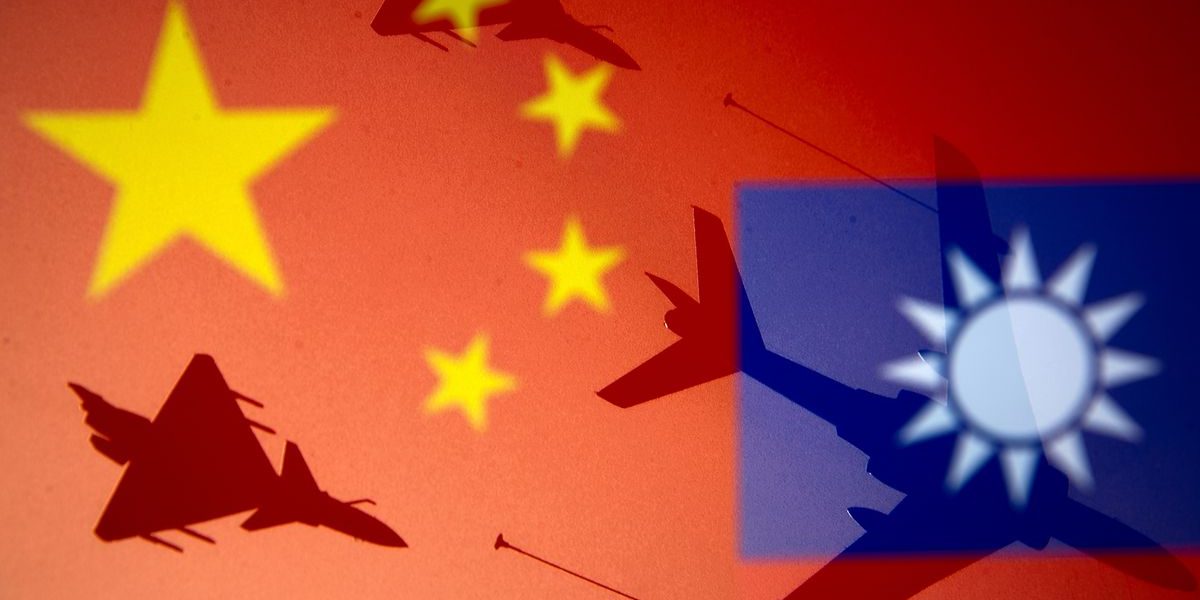 It may or not have been deliberate on Beijing’s part but in the few days ahead of Taiwan’s ‘Double Tenth’ – its October 10th National Day – Chinese fighter planes have made about 150 sorties over Taiwan.

In Taiwanese Defence Minister Chiu Kuo-cheng’s words, these are the worst military tensions in decades.

What is Chinese President Xi Jinping up to?

Last year, he imposed a National Security Law (NSL) on Hong Kong, thereby tearing up the ‘one-country, two-systems’ promise that had been made to the former British ruled territory by Deng Xiaoping. Under the Sino-British Joint-Declaration of 1984, Beijing had committed to allowing Hong Kong a ‘high degree of autonomy’ for 50 years after its handover to Chinese sovereignty, i.e. until 2047.

The imposition of the NSL, jailing of large numbers of activists and politicians in Hong Kong, bans on opposition rallies and outlawing of several non-governmental organisations has signalled to the world that China can and will blithely go back on its word. Two years ago, the Hong Kong government had proposed an extradition bill which met with massive resistance – according to some estimates, as many as two million out of its population of 7.5 million had taken to the streets to oppose the move which would have facilitated an almost unchallenged handover of anyone in Hong Kong sought by the Chinese authorities.

Beijing’s move to impose the NSL is seen as a direct consequence of its frustration over the level of opposition the Hong Kong government has been facing.

Deng had offered to absorb Taiwan too with the same ‘one-country, two-systems’ formula. But seeing what Beijing has done to Hong Kong, Taiwan’s President Tsai Ing-wen was quick to note that the arrangement would not work in Taiwan either.

“I feel extremely disappointed (over the law’s passage), which means China did not keep its promise to Hong Kong,” Tsai said, noting that the ‘one-country, two-systems’ model was not feasible for Taiwan.

China’s claim that Taiwan is a province awaiting ‘reunification’ is open to question. It is based on that of Taiwan’s former long-ruling and current opposition party, the Kuomintang (KMT, the Nationalist Party), which had moved to the island after defeat at the hands of the Communist Party of China (CPC) forces in 1949 following a long civil war.

Also read: Taiwan President Warns of ‘Catastrophic’ Consequences if It Falls to China

What is often ignored is that both the CPC and the KMT are modelled on the now defunct Communist Party of the Soviet Union: the KMT’s founder Sun Yat-sen had invited Soviet advisor Mikhail Borodin to help build his party.

After Sun’s successor Generalissimo Chiang Kai-shek’s defeat by the Mao Zedong-led CPC forces in 1949, the KMT established itself in Taiwan, an island with indigenous peoples which had long been independent and was only incorporated into China during the latter part of the Qing Dynasty (1644-1912).

Two years prior to the KMT forces’ move to Taiwan, they had already demonstrated the extent of cruelty that was in store for the native peoples: In what is known as the ‘228 incident’ (February 28, 1947), thousands of Taiwanese were massacred by the Chinese invaders.

It was only in 1987 that his son Chiang Ching-kuo’s lifted Martial Law and began a gradual process of democratisation, even choosing native Taiwanese born Lee Teng-hui as his vice-president.

After Chiang Ching-kuo’s death in 1988, Lee became president and began speeding up the democratisation process, winning the first direct presidential elections in 1996. Taiwan has emerged as arguably the most democratic (from a liberal perspective) land in Asia, with an independent judiciary, lively legislature and a vibrant free media. Although, at Beijing’s stubborn insistence, precluded from membership of any international organisation or treaty, Taipei has chosen to ratify human rights treaties including the International Covenant on Civil and Political rights (ICCPR).

China-Taiwan commercial exchanges have been thriving, meaning on the one hand that a large number of Taiwanese businesses are beholden to Beijing but also that the Chinese regime would have to think twice before taking any steps that would upset economic relations on which vast numbers of Chinese and Taiwanese workers depend.

Taiwan’s President Tsai Ing-wen of the independence-inclined Democratic Progressive Party has warned of ‘catastrophic consequences’ should China invade the island. Even the opposition KMT prefers status quo rather than caving into Beijing’s demand for “reunification”. 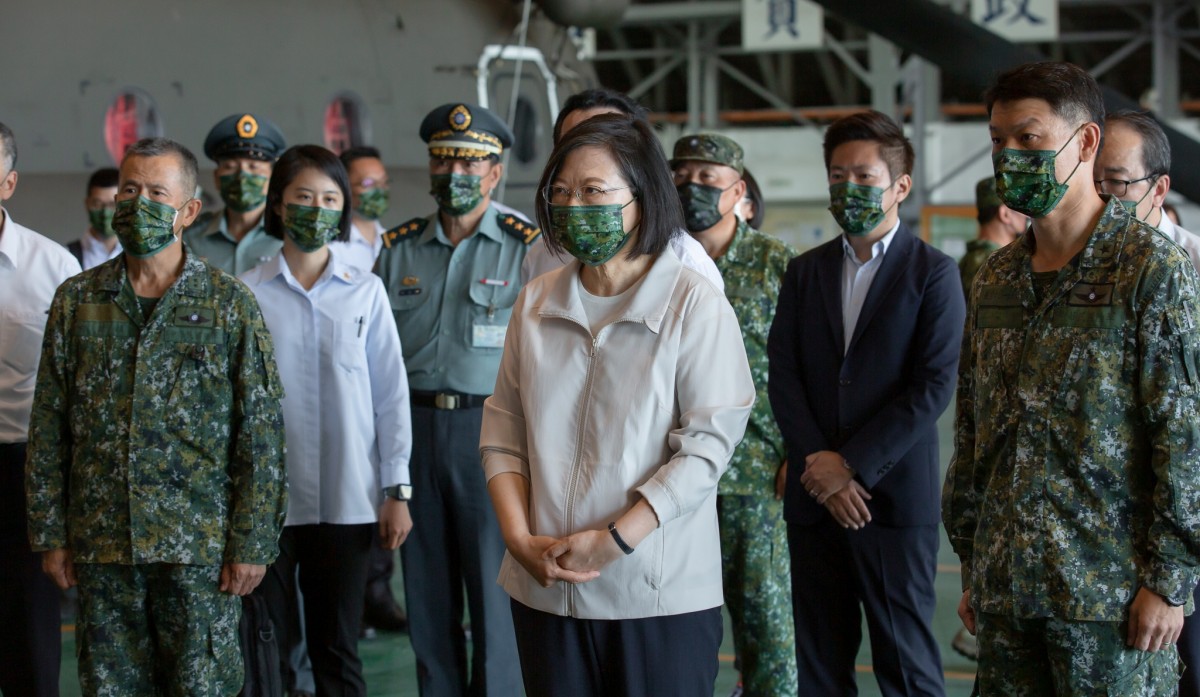 Under the Taiwan Relations Act of 1979, the United States is committed to making “available to Taiwan such defence articles and defence services in such quantity as may be necessary to enable Taiwan to maintain sufficient self-defence capabilities”. But it stops short of promising to defend Taiwan in the event of an invasion, a policy of “strategic ambiguity” said to be intended to dissuade Taipei from any move towards formal independence and Beijing from precipitate actions.

Does Joe Biden’s US have the gall to stand by commitments to Taiwan, especially in light of the US’s recent abject abandonment of Afghanistan? US troops are present on the ground in Taiwan. But can they be relied upon to help Taiwan stand up to the overwhelming Chinese military presence?

When asked about possible US response should China invade Taiwan, US National Security adviser has said: “Let me just say this, we are going to take action now to try to prevent that day from ever coming to pass.”

All eyes will be on Xi Jinping, arguably China’s most hardline leader since Mao’s death in 1976. In 2018, he effectively ended a semi-formal two-term limit for leaders that Deng had instituted in the 1980s and especially after the crushing of the pro-democracy movement in 1979. Xi has presided over a personality cult and has made himself chief of several “leading groups” in the party, including one on national security. Whereas Hong Kong has been quite easily quelled, Taiwan, population 24 million, which has enjoyed effective independence for more than 70 years will pose more of a challenge.