'A Cynical Game', Say Syrians in Germany on Refugees at the Greek-Turkish Border

How do Syrians who came to Germany in 2015 view the fate of those who hope to come to Europe today? There is a consensus that they are the victims of inhumane policies, but that is where the agreement ends. 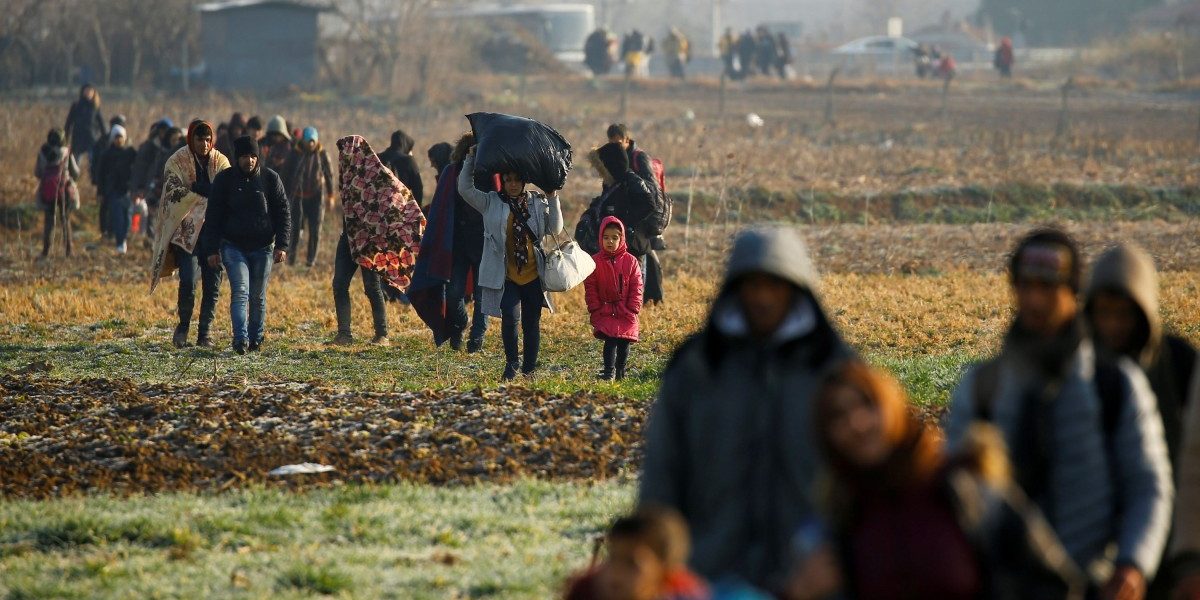 “Erdogan is misusing refugees. He is using them for his own ends and he is playing with their lives. That’s why they have to be helped,” says M.S., who does not want us to use her name. For her, a woman who fled to Germany some five years ago, there is no doubt that those who are now caught at the Greek-Turkish border are the victims of cynical policies. She says they are not being seen as individuals, but as a mass that is being manoeuvred from without. M.S. says those at the border need protection, and that they can only find it in Europe. She tells DW that is why European countries should accept refugees.

Hassan al-Masry sees things slightly differently. He says authorities need to look hard at those who are now amassed at the Greek border: “One should open the border for those coming straight from Idlib. But why do those who have been living in Turkey for years, who work there, want to come to Europe?”

Al-Masry, too, fled to Germany from Syria in 2015, at a time when many refugees were taken in. His life has had its ups and downs since then. Relief that he was granted asylum is tinged by concerns over the increasingly harsh social mood in Germany: “Racist sentiment is growing,” he tells DW, “The rise of that right-wing party (the Alternative for Germany) is not good.”

All refugees are not the same

These two examples clearly show that Syrians who fled to Europe have divergent views of those who seek to do so today. And other interviews further illustrate the divide in opinion.

Ahmad Mahmoud, for instance, who also fled to Germany in 2015, says that those who are truly in danger must be taken in. And he, too, says Turkish President Recep Tayyip Erdogan is using them to advance his own agenda. He lured them to the Greek border with false promises, says Mahmoud. Although he is convinced that those in need must be helped, he says that help must be done in accordance with the law. He is also very much opposed to illegal border crossings, noting, “Otherwise people here will be even less accepting of refugees.”

But Mustafa (not his real name) says he hasn’t experienced such wholesale rejection. Sure, he says, there are arrogant people in Germany who are antagonistic toward those in need. But, he adds, most people here have nothing against new arrivals. “There is less racism in Germany than in other places,” he says. That is why he’s calling on Germany to take in more refugees. “These people have lived through bombings and destruction — they live in constant fear. They need help.”

Also Read: Refugees Forced to Return to Syria Face Imprisonment, Death at the Hands of Assad

Syrians in Germany not only have divergent opinions on new refugees, says Karl Kopp, a European spokesperson for the pro-immigration advocacy group Pro Asyl, they also have different views of their own lives since arriving here.

“Those granted asylum have experienced many difficulties, but we have seen that they also try to integrate into German society as quickly as possible. Most say they are happy to be able to live in safety. And roughly 50% of those who originally fled to Germany now have jobs. Whether they work for a salary, are self-employed, or are studying here, many have a success story to tell.”

Kopp adds, however, that there are also refugees in Germany that are not doing so well. “We also know a lot of people that only have subsidiary protection status. That makes it impossible for them to bring their families here and it forces them into limbo,” says Kopp. He says that weighs heavy on many people, “because many of their relatives are trying to flee or are still trapped in war zones.”

Kopp says most refugees would give mixed reviews, but “those who were granted asylum are thankful and want to become part of German society.”

Cognisant of their good fortune

One other thing that all of the people we interviewed agree on is the fact that it has become harder to flee since 2015. Ahmad Mahmoud recalls his own story: “In 2014, ‘Islamic State’ took control of the area where I lived. That is why I fled. I crossed the Kurdish part of Syria and entered Turkey. I stayed there for three days, then I continued on to Greece, where a number of organisations were on hand to help refugees continue their journey.” He says things are very different today, pointing out that many borders are now closed and Europe is accepting far fewer refugees.

Karl Kopp says those who fled in 2015 have something in common with those seeking to get out of Syria today, “Most are familiar with the situation now playing out on the Turkish-Greek border. They, too, made that journey. And they, too, know Lesbos, know the sea, the beauty of the landscape and the treacherous dangers of that route.” And, he says, the current situation also makes those who fled in 2015 cognisant of something else: “They know they were lucky. Simply because they came much earlier.”

The article first appeared on DW. Read the original here.