The nationwide demonstrations have moved to the forefront of Trump's re-election campaign for the November 3, 2020, Presidential Election. 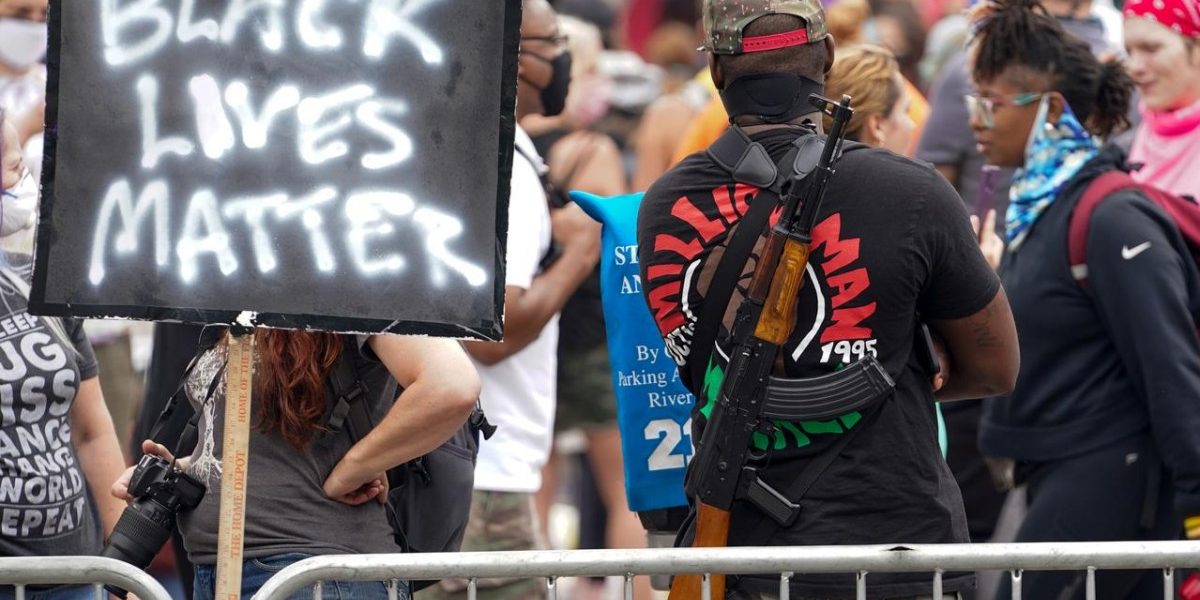 A man stands with a semiautomatic rifle during a rally against the death of Breonna Taylor and other forms of racial injustices, in Louisville, Kentucky, U.S. Photo:: Reuters/Bryan Woolston

New York: A summer of street marches will culminate over the Labor Day holiday weekend with some rallies backing US President Donald Trump, while others continue protests against racial inequality and police violence across the country.

In Louisville, Kentucky, a march in the memory of Breonna Taylor will be held outside the Churchill Downs racetrack on Saturday as a spectator-less derby unfolds inside.

Taylor, a Black 26-year-old medical worker, was killed on March 13 by Louisville police who burst into her apartment with guns bearing a “no-knock” arrest warrant.

Her death, alongside that of George Floyd, a Black man who died in May after a white Minneapolis police officer knelt on his neck, helped spark one of the largest protest movements in the country’s history, with near-daily protests in cities ever since.

Trump’s supporters have organized rallies for the weekend, including a plan by supporters in Georgia to decorate their vehicles in American flags and signs and drive loops around Atlanta on Interstate 285 to “show our love and pride for our country and this president,” according to organizers.

The nationwide demonstrations have moved to the forefront of Trump’s re-election campaign for the November 3, 2020, Presidential Election. 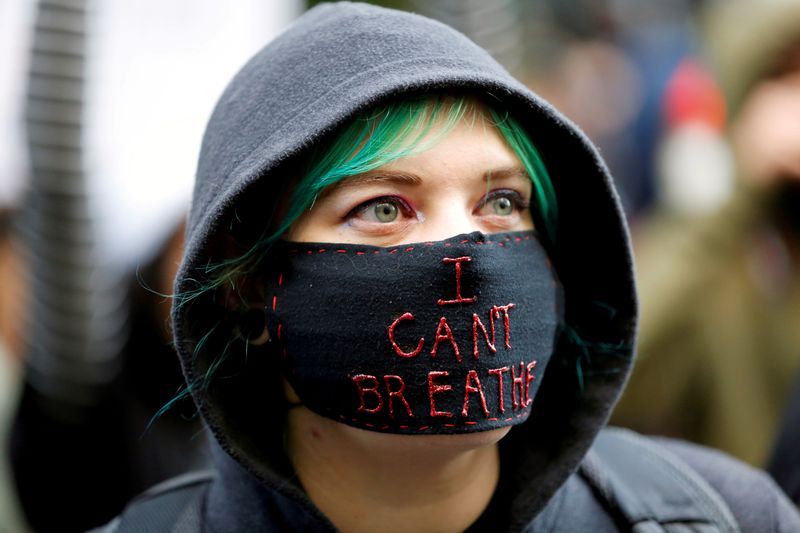 Protesters rally against the death in Minneapolis police custody of George Floyd, in Portland. Photo: Reuters

This week, both Trump, a Republican, and his Democratic challenger, Joe Biden, a former Senator and Vice President, visited Kenosha, Wisconsin. The Midwest city was the site of clashes among protesters, police and militia after police there shot Jacob Blake, a Black painter, in the back seven times at the close range, leaving his legs paralyzed.

Biden met with Blake’s family and spoke with Blake on the telephone and has expressed sympathy with people protesting police violence and their rallying cry that “Black Lives Matter.”

Trump toured damaged businesses, decried what he calls “lawless” protesters and defended police departments as upholders of “law and order,” while declining to condemn right-wing armed vigilantes who have been accused of attacking and even killing protesters in Kenosha.

A group called RefuseFascism.org said it has organized protests in 23 cities on Saturday, calling Trump’s actions a form of fascism that will worsen if he is elected for a second term.

“Since impeachment, Trump has more and more declared himself to be above the law and to be the law,” said Coco Das, who identified herself as the spokeswoman for the group. “What they’re aiming for is a white-supremacist, Christian-supremacist, male-supremacist fascist America.”