Township pubs, commonly referred to as taverns or shebeens, are legally allowed to sell alcohol, but safety regulations are rarely enforced. 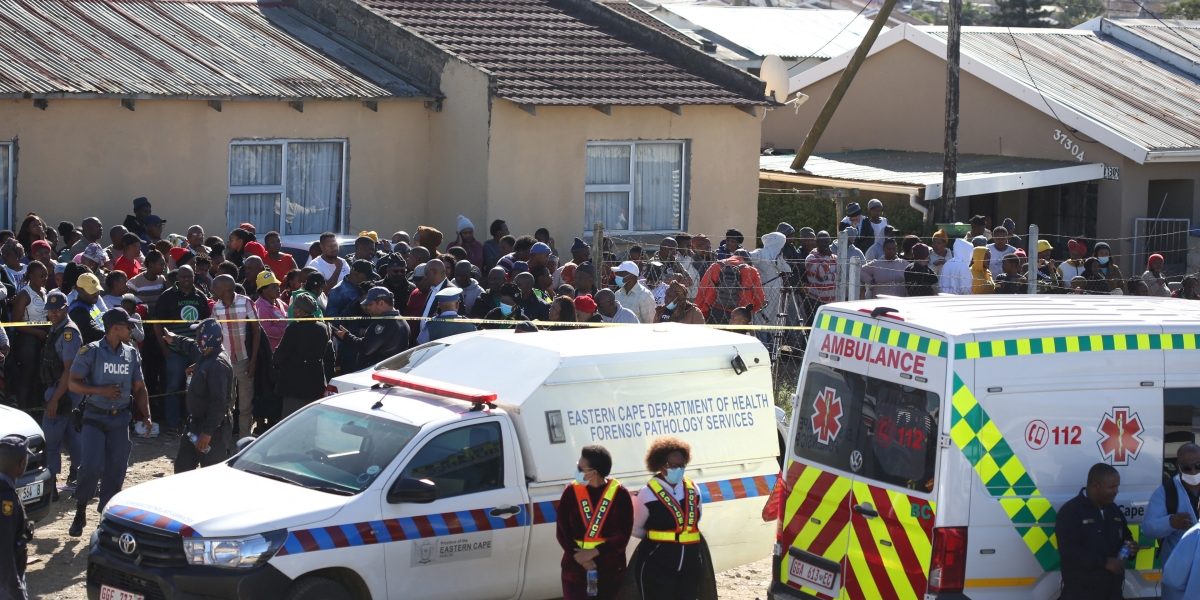 Crowd gathers as forensic personnel investigate after the deaths of patrons found inside the Enyobeni Tavern, in Scenery Park, outside East London in the Eastern Cape province, South Africa, June 26, 2022. Photo: Reuters/Stringer

South African police on Sunday were looking into the deaths of at least 20 young people who died at a bar in the coastal town of East London.

The cause of the deaths was unknown and the local press reported that there were no signs of injuries.

“The number has increased to 20, three have died in hospital. But there are still two who are very critical,” the head of the provincial government safety department Weziwe Tikana-Gxothiwe said on local TV.

“At this point, we cannot confirm the cause of death,” said health department spokesperson Siyanda Manana.

“We are going to conduct autopsies as soon as possible to establish the probable cause of death. The deceased have been taken to state mortuaries,” Manana added.

Provincial police spokesman brigadier Thembinkosi Kinana told AFP that the victims of the incident were between 18 and 20 years old.

They were reportedly attending a party at the Enyobeni Tavern to celebrate the end of the winter school exams.

Bar owner Siyakhangela Ndevu told local broadcaster eNCA that he had been called to the scene early on Sunday morning and that he was “still uncertain about what really happened.”

Government safety official Unathi Binqose told AFP that “forensic [investigators] will take samples and test to see if there was any poisoning of any sort,” but added that “the place had a lot more people than it normally takes.”

Township pubs, commonly referred to as taverns or shebeens, are legally allowed to sell alcohol, but safety regulations are rarely enforced.

They are often located inside people’s houses.