Silence Can Be Healing for Rwandan Youth Born of Genocide Rape

Is it always good to talk about violent pasts? Sixty Rwandan youths participated in a research project that aimed to understand the perspectives of people born of rapes committed during the genocide. 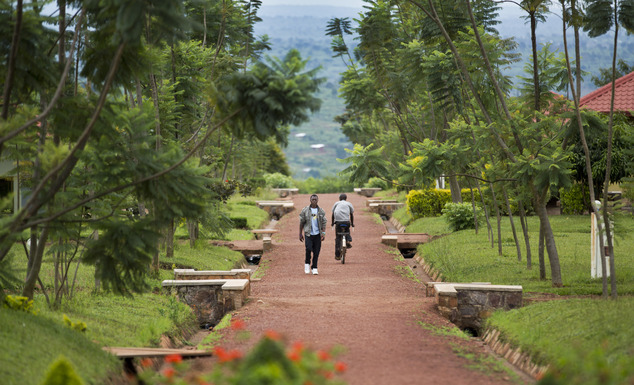 Elie* is in his early 20s and lives with his mother in a rural area of central Rwanda. His mother is one of the estimated 350,000 women who were raped during the 1994 Rwandan genocide and Elie is the child she bore from that assault.

The aftermaths of the Rwandan genocide are alive in people like Elie, whose (mostly Hutu) fathers raped their (mostly Tutsi) mothers as part of the systematic, government-led campaign of violence. More than 20 years have now passed since the genocide. but its legacies — including this sexual violence — are still unfolding in Rwandans’ everyday lives.

How do families like Elie’s that are formed from violence decide what to say and leave unsaid? Is it always good to talk about violent pasts?

In 2016, Elie and 60 other Rwandan youths participated in a research project that aimed to understand the lives and perspectives of people born of rapes committed during the genocide, how they navigate the challenges of belonging in their social worlds and how they make sense of their origins.

The stigma of rape

When he talked about his life, Elie expressed a deep ambivalence about whether it is better to talk about or conceal his past. On the one hand, he was adamant that he wanted to know who his father was and whether he was still alive. On the other hand, Elie emphasised that he preferred to conceal the circumstances of his birth from those in his community. He explained, “I don’t want people to know my story.”

Elie was by no means the only person who wanted both to talk and to keep quiet about his origins. This tension between speech and silence was a central theme across our interviews.

Emmanuel, who was also born of rape committed during the genocide, explained that he wanted to talk to his family members to find out who his father was, but that in order to “get freedom in society,” he also tried not to talk about it. For him, “freedom” meant having the opportunity to be treated like other youth his age.

Claudette, a young woman born of rape, explained that she preferred that her peers and her neighbours did not know her story, because she has suffered from rumours that she has HIV, the same disease from which her mother died when she was younger. At the same time, Claudette appreciates that she has been able to glean some information about her origins from her stepfather who is raising her and from other family members who knew what happened to her mother in 1994.

These young people’s alternately positive and negative views of speech and silence are powerfully shaped by the stigma they risk if neighbours, peers or teachers find out that they were born of rape.

The very reason many of the interviewees are called “youth” when they are actually legal adults is related to stigma and to local expectations of adulthood. In Rwanda and in other African contexts, people aren’t socially recognized as adults unless they are married with children and living in houses of their own.

Since poverty and the stigma of their origins were typically barriers to marrying, our participants self-identified and were identified by their communities as “youth” in a social sense as, like Elie, they resided with their mothers or other family members.

The perspectives of these young Rwandans remind us that it’s important to understand how diverse cultural expectations can shape people’s experiences of, and responses to, violence. For example, many Euro-Americans assume that talking about traumatic experiences of war and genocide — while difficult — is a self-evidently good thing that promotes healing and improved social relationships over time.

Psychological models of trauma and recovery, especially post-traumatic stress disorder (PTSD), are very much grounded in these ideas. And while many people undoubtedly credit PTSD treatment with helping them recover from painful experiences, for several decades social scientists have been asking: do all people, across cultural and historical contexts, assume that it is always good to talk?

While Euro-American cultural outlooks tend to value individual expression, self-revelation and open dialogue, the Rwandan context points to different perspectives on the relative worth of speech versus silence. Researchers — both foreign and Rwandan — have noted a general social expectation that people can (and often should) conceal as much as they reveal about their thoughts and feelings in everyday life. There is a strong cultural value placed on “sharing in the unsaid.”

Indeed, silence and concealment are accepted and expected modes of dealing with hardship in Rwandan social worlds. Many Rwandans emphasise that the moral thing to do when one has problems is to avoid making too much of them so as not to burden others who have problems of their own.

Social expectations like these shouldn’t be interpreted as a sign that Rwandans need more encouragement to open up about their distress or that their communication practices are inadequate. Rather, the value that young Rwandans born of rape placed on silence alongside speech should give us pause and raise questions about the singularly positive status of open talk in the aftermath of genocide and other violent conflict.

Indeed, the perspectives of Rwandans born of sexual violence show us that in some social worlds, talking openly about a violent past might give rise to old and new problems, social conflicts and forms of marginalisation.

As one youth put it, it is silence about her origins that helps her and that gives her peace.

* All names are pseudonyms to protect participants’ identities.