Many Japanese Are Opposed to a State Funeral for Ex-PM Shinzo Abe. Here's Why

Abe and his party's connection with the Unification Church and the organisation's habit of rendering followers destitute with monetary demands have a role to play. 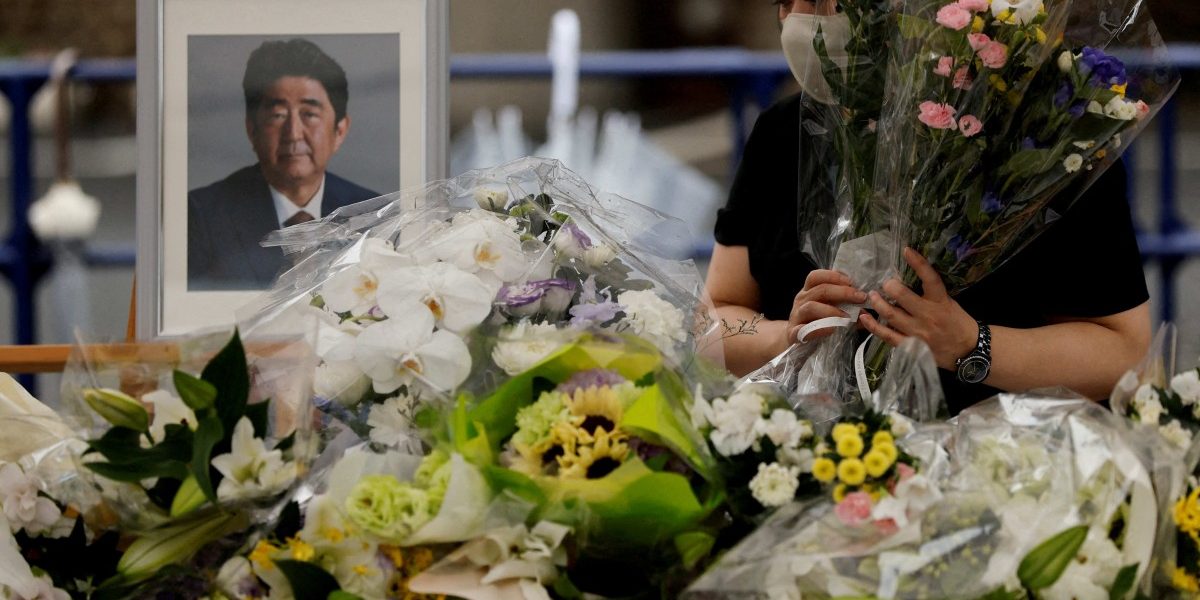 A picture of late former Japanese Prime Minister Shinzo Abe, who was gunned down while campaigning for a parliamentary election, is seen at Headquarters of the Japanese Liberal Democratic Party in Tokyo, Japan July 12, 2022. Photo: Reuters/Kim Kyung-Hoon/File Photo 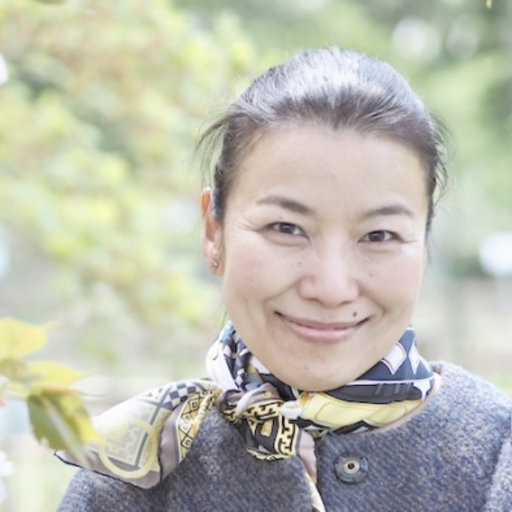 Fumio Kishida, the current Prime Minister of Japan, seems to have underestimated the popular mood over his decision to hold a state funeral for the recently assassinated ex-prime minister Shinzo Abe.

Of course, there would be criticisms from opposition politicians.

But the sympathy of the ordinary citizens to the longest serving prime minister in history was expected to be strong. Recent opinion polls conducted by major newspapers, however, suggest a surprising turn. A considerable number, if not a sizeable majority, now appear opposed to the idea of a state funeral. Even amongst readers of the conservative Yomiuri Shinbun, 51% did not like the idea.

So why this change? The answer is simple. The Unification Church.

Abe was shot with a homemade gun fired by Tetsuya Yamagami, an unemployed 41-year-old man, on July 8 this year. His reasons were not political but personal. Yamagami claimed that he actually wanted to attack senior members of the Family Federation for World Peace and Unification (FFWPU), a name given to the Unification Church in order to disguise their identity. But on failing in his primary mission, he instead shot Abe, whom he had seen appearing in the videos of the organisation.

Yamagami’s mother was a member of the sect and had emptied the family’s earnings, savings, and assets with donations to the Church, causing his siblings to endure extreme poverty and even forcing the academically gifted Yamagami to abandon his university dreams. His story has not only struck a chord amongst the ordinary people in Japan but many are even sending him money and gifts.

As Abe’s assassination had occurred just two days before the national assembly elections, the name of the religious organisation was not revealed in the established national media.

After the elections, however, with the ruling conservative Liberal Democrat Party (LDP) – to which Abe belonged – having secured a comfortable majority, weekly magazines started making the connection between the Yamagami’s personal story, the Unification Church and conservative politicians in Japan. TV channels then took up the issue, and now the murky links between LDP politicians and the FFWPU are being reported on daily basis.

This is rather surprising considering that the media had previously been very reluctant to report anything critical of religious organisations for fear of harsh retaliation from their committed members.

Also read: A Cold War Relic and the Crime That Killed Shinzo Abe

The Unification Church, whose members are popularly known as ‘Moonies’ in North America, is particularly notorious in Japan.

Since the late 1970s, reikan-shoho (spiritual marketing) has been a major social issue. Some religious organisations, particularly the Unification Church, were able to convince people that they were being haunted by ancestral spirits. And in order to get away from bad spirits or calm them down, they needed to donate money or purchase sacred pots, seals, or crystals with astronomical price tags.

Members often lost their entire assets and many families were destroyed. The techniques the religious organisations used to persuade people were labelled as ‘mind control’.

As the pictures of massive collective weddings of the Unification Church appeared in the media, many Japanese were appalled. This had long lasting effects on the attitude of Japanese citizens towards this ‘cult’ like religion, forcing the organisation even to change its name. 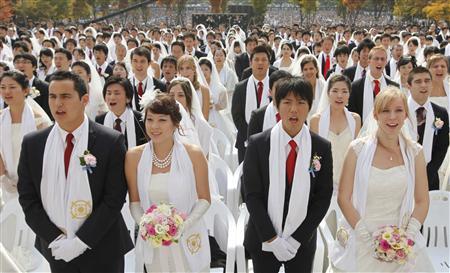 Newlyweds answer the affirmation of vows during a mass wedding ceremony of the Unification Church at Sun Moon University in Asan, south of Seoul October 14, 2009. About 5,000 couples from 120 countries around the world exchanged wedding vows that day.  Photo: Reuters/Lee Jae-Won

However, ruling politicians somehow forgot about it.

The ruling LDP which has dominated Japanese politics for most of the post-War era (winning all but two elections since 1955), has strong support in rural constituencies where the relative weight of a vote is far higher than in the more populous (and youthful) urban area. This imbalance in the constituencies has always worked to the advantage of the LDP. However, Japan’s rapidly ageing and shrinking population (especially in rural areas) and the extremely low turn-out (52.05% at the last national election of 2022), has meant that even LDP politicians are now struggling to secure votes.

The Unification Church not only brought votes (enough to enable borderline candidates to win), but also provided volunteers who helped during election campaigns for free. In return, politicians were expected to appear at Church gatherings or in their publications to give legitimacy to the once disgraced organisation. It is alleged that Abe benefitted significantly from such trade-offs and this accounted for the strength of his faction within the LDP.

Also read: Japan, Asia and India – The Many Legacies of Shinzo Abe

In recent years, the LDP have allied with a political party ‘Komeito’, whose main body is the Soka Gakkai International (SGI): a relatively new Buddhist organisation with massive followers. The revelation of LDP’s connections with the Unification Church has shocked SGI members who have been supporting LDP candidates in their constituencies and believed it was they who had the most influence over the party’s policies. The assassination also revealed the hidden and rather sinister nature of Japanese right-wing politics.

These links between Abe and the Unification Church goes back to the time of his grandfather Nobusuke Kishi, a suspected A-rank war criminal turned CIA operative and subsequent prime minister of Japan. In 1968, Nobusuke Kishi supported the establishment of the International Federation for Victory over Communism (known as Shokyo Rengo in Japan): an organisation led by Sun Myung Moon, the founder of the Unification Church. Shokyo Rengo’s office was even located next door to the residence of Kishi in Tokyo. 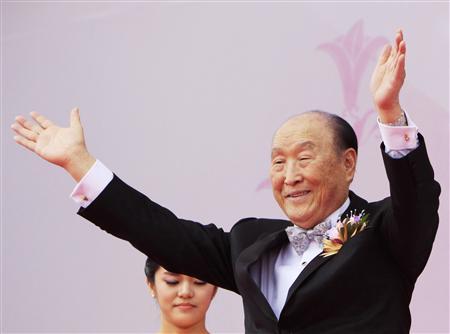 The organisation’s anti-communism ideology forged a rather odd, twisted link between ultra-nationalist politicians and the Unification Church which regards Korea as ‘Adam’s country’ (apparently the shape of the peninsula makes it male) and Japan as an ‘Eve country’ which should serve their husband Adam.

The Unification Church justifies and encourages large donations from Japan, because Japan exploited Korea in their colonial past, for which the Japanese should pay compensation. Some suggest that Japan was indeed the principal funder of the Church.

Also read: Shinzo Abe and India: A Confluence of Minds

The joining fee for a collective wedding for a Japanese member is thus 10 times more expensive than for a South Korean member. The ultra-nationalists in Japan, however, chose to ignore the Unification Church’s anti-Japan ideology and kept their focus on propagating extreme anti-China and anti-Korea rhetoric.

Abe’s successful leadership of the LDP and his many electoral successes are now coming under fresh scrutiny. It is against the backdrop of these revelations about the role of a foreign religious organisation in shaping Abe’s politics that the idea of a state funeral has suddenly become highly controversial and unpopular.

It would not be unfair to wonder if further disclosures in the coming days or months will raise the stakes for Kishida’s leadership.