From Ambedkar being inspired by John Dewey to the Indian freedom movement inspiring Martin Luther King Jr, the two countries have provided moral oxygen to each other. 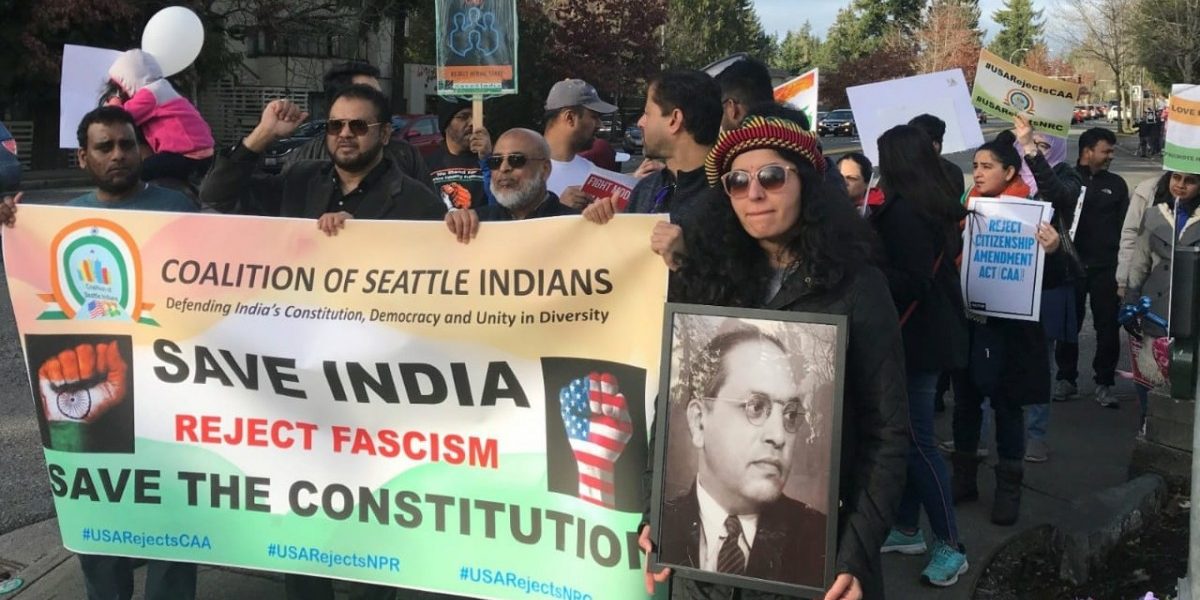 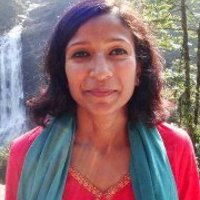 On February 3, the Seattle City Council, with the strong support of members of the Indian diaspora, unanimously passed a resolution condemning India’s Citizenship Amendment Act (CAA) and plans to create a nationwide National Register of Citizens (NRC). What does this say about the Indian-American community’s response to the political situation in India?

First, a bit of context: The resolution was introduced by councilwoman Kshama Sawant, who is of Indian origin. Passed unanimously, the resolution expresses “solidarity with Seattle’s South Asian community regardless of religion and caste” and criticises the CAA and NRC as discriminatory. It calls on the US Congress – which has the mandate to address foreign policy issues – to censure India for these policies and to ask the Indian government to repeal the CAA, stop the NRC and ratify UN treaties on refugees.

On the face of it, the resolution seems quixotic. It has no enforcement clause (indeed, a city council cannot legislate on, or enforce, matters relating to US foreign policy). The Indian government can simply reject or even ignore the resolution. The Donald Trump administration is unlikely to support a resolution brought forward by a vociferous critic of the president and passed by one of the most liberal city councils in the country.

Yet, this very resolution, as puzzling as it may seem, roiled and divided the Indian-American community. Both sides waged fierce online campaigns and organised marches to mobilise support for and against the resolution. At the council meeting on February 3, I witnessed a microcosm of the political divisions in India. The vast majority of the people in attendance were of Indian origin. On one side were pro-CAA activists, who waited hours to give testimony. Many of them spoke of the persecution of Hindu women in Pakistan (and, to a lesser extent, in Bangladesh). A number of them alleged that councilwoman Sawant was an agent of Pakistan or somehow affiliated to Islamist terrorist groups. On the other side, large numbers of Indian-Americans showed up to express their opposition to the CAA and NRC. This group was multi-hued – I saw Hindus, Muslims and Sikhs, many of them carrying placards celebrating India’s diversity. When the council finally voted on the resolution, abuses were hurled at Sawant, leading the council to ask some of the pro-CAA activists to leave the chamber. When the resolution was passed, the anti-CAA side erupted with applause, cheers and a standing ovation for Sawant. 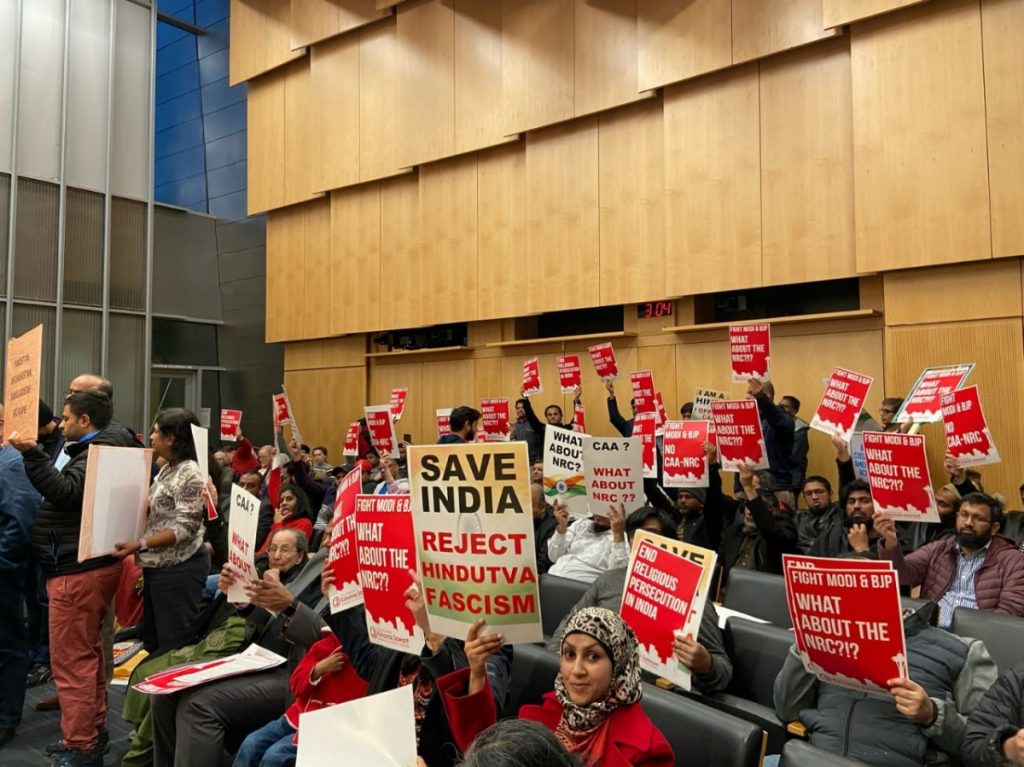 Why so much emotion?

So much emotion over a non-binding, non-enforceable resolution in one city: why? Because, as India searches for its identity as a nation and a democracy, so too do Indian Americans—who see their own selves reflected in their country of origin. This debate is not entirely new. For years, Hindutva has caused bitter divisions among the diaspora. In 2005, liberal Indian-Americans were able to persuade the US to deny Narendra Modi a visa to enter the US because of his role in the 2002 Gujarat riots. After the ban was lifted in 2014, Modi has visited the US several times and been feted by enormous crowds of cheering Indians—and also smaller groups of protesters.

Now, the CAA protests in India have given new inspiration to those Indian Americans who are concerned about India’s turn towards exclusionary and authoritarian nationalism. We have seen mobilisation across the US, ranging from a satyagraha under the Gandhi statue in Washington, DC to protests outside the Indian Consulate in San Francisco. These events are designed to signal solidarity with peaceful demonstrators in India. But, they also point to a deeper relationship between the two countries.

It is easy to see Indo-US relations simply through the prism of economics and security. There is the India-US nuclear deal, the famed wealth and success of Indians in the United States, close defence and economic ties and the bonhomie between President Trump and Prime Minister Modi.

In fact, India and the US share much more than IT professionals and populist leaders – they share a moral history. Dr B.R. Ambedkar studied at Columbia University in New York City, where he received a PhD in Economics in 1927. At Columbia, he was deeply influenced by the philosopher John Dewey, whose ideas about education, equality, and justice influenced Ambedkar’s own critique of the caste system. Several decades later, India’s freedom struggle helped inspire and shape Dr Martin Luther King Jr, the leader of the American civil rights movement. Of nonviolent resistance, Dr King once said: “Christ showed us the way, and Gandhi in India showed it could work.” The 1965 Selma to Montogomery march was a pivotal moment in the civil rights movement – and it was modelled on the Dandi March of 1930. 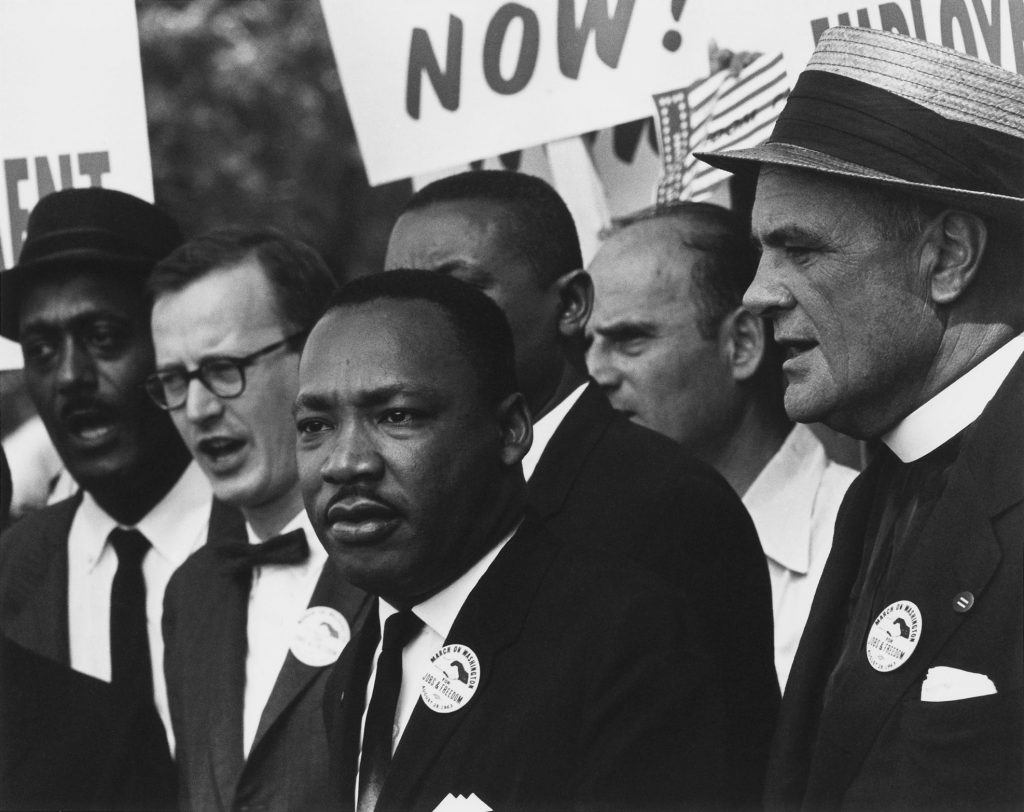 In turn, the civil rights campaign shaped the lives of the millions of Indians who live and work in the US today. The movement challenged the racist orientation of US immigration laws. This led to the 1965 Immigration and Naturalisation Act, which eliminated race-based quotas and therefore enabled large numbers of Indians to come to the US on skill and family-based visas.

Watching the fierce debates in the Seattle City Council, I was reminded of this history. India and the US have long shared the privilege, responsibility and burden of being the world’s two largest democracies. At pivotal moments, during their struggles to attain equality and justice in societies mired in inequities, the people of the two countries have provided moral oxygen to each other. The Seattle resolution is a small – but symbolically valuable – recognition of the threads that bind the US and India.