The initial ceasefire will allow Kurdish forces to move away from Turkey's border. 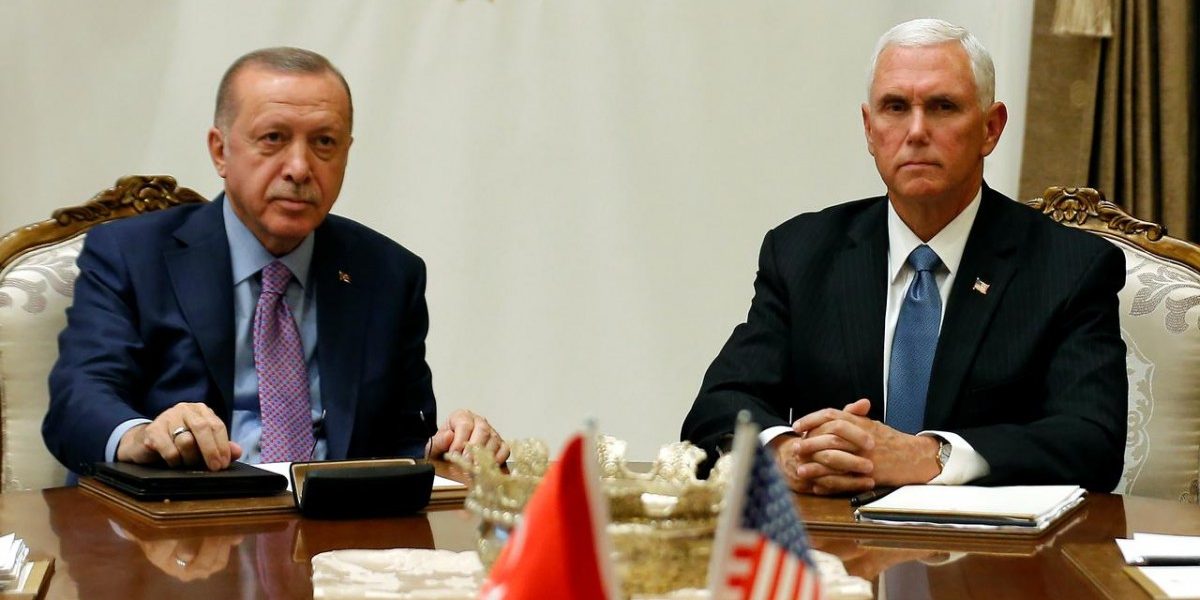 US vice president Mike Pence and Turkish President Recep Tayyip Erdogan agreed to a five-day ceasefire in the military incursion into northeastern Syria.

“Today the United States and Turkey have agreed to a ceasefire in Syria,” Pence said.

The initial ceasefire will last 120 hours to allow Kurdish forces to move away from Turkey’s border and allow for negotiations toward a permanent end to the conflict.

“The safe zone will be primarily enforced by the Turkish Armed Forces,” a US-Turkish statement released after the talks said. US President Donald Trump said the agreement would save “millions of lives.”

Following the agreement, the commander of the Kurdish-led Syrian Democratic forces (SDF) Mazlum Abdi told the Kurdish Ronahi television station “we are ready to abide by the ceasefire” covering the area from Ras al-Ain to Tal Abyad.

However, he expressed uncertainty over other parts along the border that Turkey wants to include in the safe zone.

Following the ceasefire announcement, EU leaders repeated their call for Turkey to end its offensive on Kurdish forces in Syria and withdraw its troops.

“The European Council notes tonight’s US-Turkey announcement on a pause for all military operations. It again urges Turkey to end its military action, to withdraw its forces and to respect international humanitarian law,” the leaders said in a summit statement.

A ‘safe zone’ in Syria

Scheduled for just 10 minutes, the meeting between Pence and Erdogan lasted about an hour and a half. Pompeo and other officials were to hold talks with their Turkish counterparts. Erdogan initially refused to meet the US delegation, saying he would only speak to Trump, before backtracking.

Turkey launched its long-threatened military operation in northeastern Syria last week, targeting a US-backed Kurdish-led militia alliance after the US withdrew from the border.

Ankara views the Kurdish YPG, the main component of the SDF, as a terrorist group linked to the Kurdistan Workers’ Party (PKK), which has fought a nearly four-decade war for Kurdish rights against the Turkish state.

Erdogan said he wanted to defeat the YPG and create a 32-kilometer-deep, 480-kilometer-long (20-mile by 300-mile) “safe zone” inside Syria along the border to protect its security and provide room to resettle millions of war refugees now in Turkey. 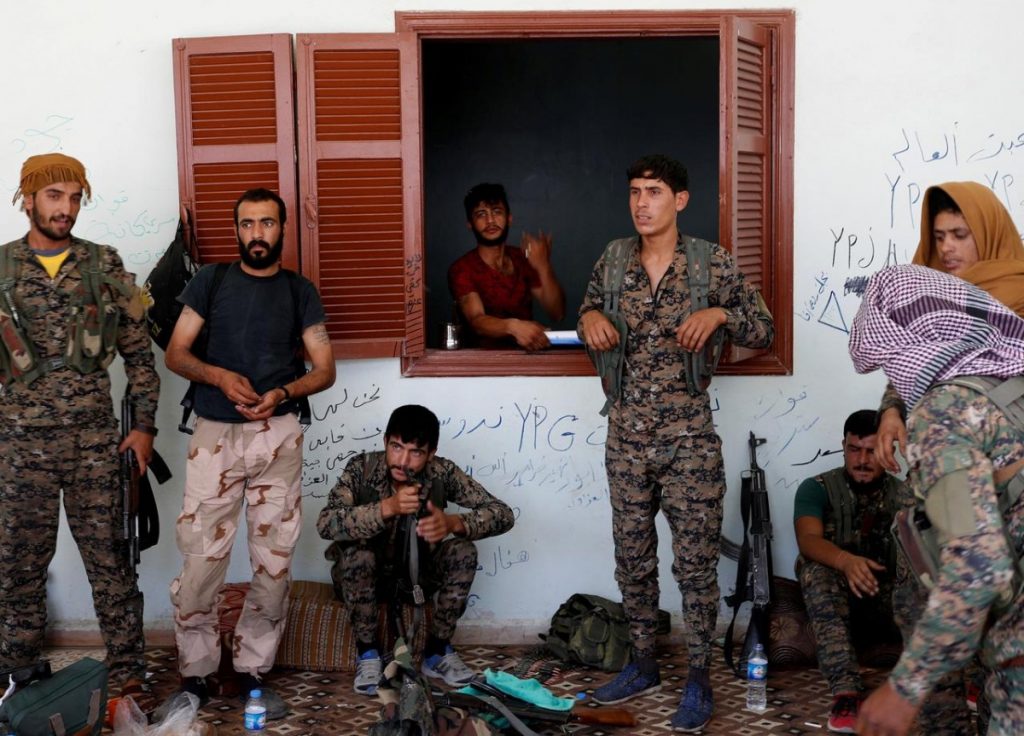 Critics have accused Trump of ditching Washington’s Syrian Kurdish partners in the battle against the “Islamic State” (IS). On Sunday, the US announced that it was withdrawing its entire force of 1,000 troops from northern Syria.

Trump defended his move on Wednesday and called it “strategically brilliant.” He also denied having approved Turkey’s actions in Syria in any way.

But the US president has faced intense criticism – both abroad and domestic – over his actions in Syria.

Fighting the domestic political damage and perhaps trying to demonstrate the president’s efforts to stop the offensive, the White House, released a letter sent by Trump to Erdogan on October 9. “Don’t be a tough guy,” the US president told his Turkish counterpart. “Don’t be a fool!” he wrote.

“Friends let their feelings be known,” Pence said on Thursday. “President Trump did that in this case. But it facilitated an agreement that has now led to a ceasefire.”