There are two main reasons for the failure of the invasion attempt. First, the help provided to Venezuela by Cuban intelligence and the second, the lack of US diplomatic presence in Caracas. 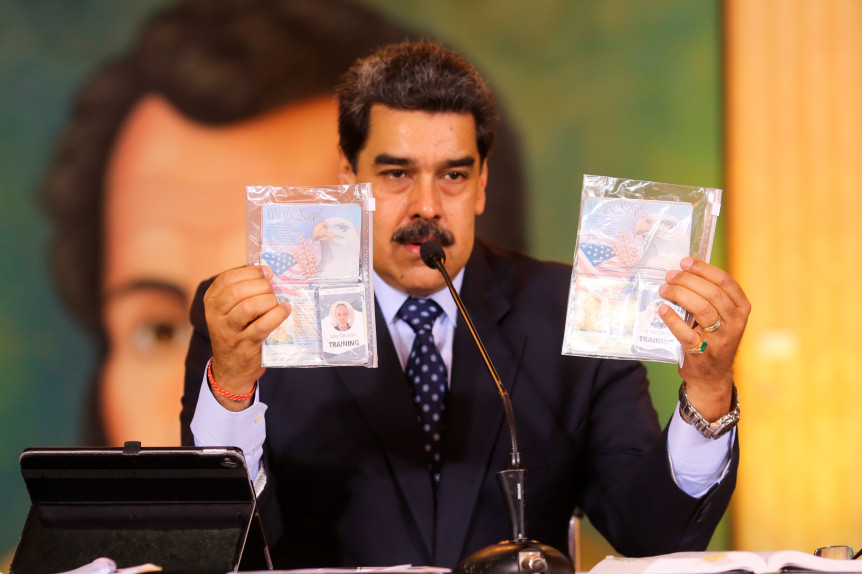 The recent attempt by United States mercenaries to land in Venezuela and overthrow President Nicolas Maduro – Operation Gideon – may be “straight out of Hollywood” but it would be a mistake to assume the director and producers of this failed plot were working on their own. The Trump administration, working through the US military’s Southern Command (SouthCom) has been preparing to facilitate attempts to go after Maduro for some time now. This is evident from the following events and public statements. Obviously, this is only the tip of the iceberg. A lot more is likely to have gone on secretly.

In the middle of the struggle against COVID-19, US defence secretary Mark Esper announced at a White House briefing on April 1 that the US would double its naval deployment under SouthCom’s capacity to conduct ‘anti-drug operations’ in the Caribbean. The additional naval assets include destroyers, littoral combat ships, coast guard cutters, patrol vessels, AWACS and JSTARS aircrafts, helicopters, surveillance drones and Security Forces Assistance Brigade Company for advise and assist. This is clearly overkill since drug interdiction clearly does not need such expensive and massive destructive assets. Moreover, a major part – an estimated 80% – of sea-based drug trafficking takes place on the Pacific side, according to the US authorities themselves. So why the deployment in the Caribbean and not in the Pacific?

The media reported that the deployment announced is one of the largest US military operations in the region since the 1989 invasion of Panama to remove General Manuel Noriega from power and bring him to the US to face drug charges. The reference to Noriega was made intentionally by the administration to inspire those who wanted to go after Maduro.

In January this year, a littoral combat ship, USS Detroit, had conducted a “freedom-of-navigation” operation close to Venezuela’s coastline to test the preparedness of Venezuelan navy. The Venezuelans made some noise but they could not do anything about it.

On August 19, 2019, Adm. Craig Faller, the head of SouthCom, said military officials are focusing on preparing for “the day after” the “isolated” Venezuelan president eaves power. In an interview on April 21, 2020, he claimed that the recent decision to double anti-narcotics assets in Latin America was months in the making and not directly tied to Maduro’s indictment in New York on charges of leading a narcoterrorist conspiracy.

Against the backdrop of heightened tension,  a mysterious cruise ship, RCGS Resolute, was involved in an incident off the Venezuelan coast on March 30, 2020, which led to the sinking of a Venezuelan coast guard patrol boat following a collision. The cruise ship did not have any passengers but had a hull strong enough to sink the Venezuelan patrol boat, without any damage to itself. The Venezuelans accused the vessel of committing an act of “aggression and piracy” by intentionally ramming and sinking their patrol boat. The cruise vessel went away to Curacao, leaving the job of rescuing the 44 crew members of the patrol boat to the Venezuelans. Adm. Faller’s comment on this incident was telling: “It was a bad day for the Venezuelans. Their lack of seamanship and lack of integrity is indicative of how it all played out.”

US secretary of state Mike Pompeo responded to a question from the media, saying that “the US government had “no direct” involvement in this operation”. When Operation Gideon was a flop show, the US administration had no option but to distance themselves.

In answering another question, Pompeo said, “As for who bankrolled it, we are not prepared to share any more information about what we know took place. We will unpack that at an appropriate time”.

The US administration’s role has caused disquiet on Capitol Hill with three Democratic senators on the house foreign affairs committee writing to Pompeo to say any support given to military operations is illegal:

“Either the U.S. government was unaware of these planned operations, or was aware and allowed them to proceed. Both possibilities are problematic. As you know, the VERDAD Act, which President Trump signed into law on December 20, 2019, states that “it is the policy of the United States to support diplomatic engagement in order to advance a negotiated and peaceful solution to Venezuela’s political, economic, and humanitarian crisis.” Armed raids, even if they are carried out by independent actors, run counter to that policy. Moreover, such incursions harm the prospects for a peaceful democratic transition in Venezuela by insinuating that an armed intervention is a viable option to resolve the crisis, potentially undermining the willingness of hardline opposition actors to negotiate…”

It is possible that the financing could have come from the Venezuelan government funds and assets, estimated at $11 billion, which have been frozen by US authorities in the name of sanctions. Recently, the Trump administration moved $342 million belonging to the Venezuelan Central Bank from a frozen Citibank account to another account at the New York Federal Reserve. On April 15, the National Assembly led by opposition leader Juan Guaido approved in a virtual session, access to some funds that had recently been released by the US government. This money is being used, among other things, to pay for the diplomats appointed by Guaido in countries which recognise him.

There are two main reasons for the failure of the invasion attempt. First, Cuban intelligence, which is advising the Venezuelan regime, is always one step ahead of their American counterparts. The Cubans have an impeccable record of preventing and stopping numerous American attempts to assassinate Fidel Castro and invade their country. This is expertise gained over a long period of 60 years, day in and day out. The Cuban intelligence agency is embedded not only with their Venezuelan counterparts but also in the Venezuelan military to guard against conspirators and putschists. The late president Hugo Chavez started this system after the coup against him in 2002.

Second, the Americans do not have in-person contacts within Venezuela to understand the real situation in the country, recruit allies, provide support and prepare the ground from within. “Why there are no coups in the US?”, a Chilean journalist asked US president Barack Obama during Michelle Bachelet’s visit to the White House in 2009. “The reason is because there is no American embassy in Washington!” Well, there is no US embassy in Caracas either. This is a major handicap for Trump. Before 2002, the US military attache had his office within the Venezuelan army headquarters. Chavez expelled them out after the coup.

The US policy of regime change by hook or crook is not going to stop after the abject failure of Operation Gideon. Washington will continue to bet on clandestine military and paramilitary attempts to overthrow the government there rather than relying on genuine negotiations or democratic means. This is clear from the appointment of Elliot Abrams as the US special representative for Venezuela in January 2019. Abrams has a notorious track record of using US military and covert assistance in the 1980s, causing thousands of deaths and civil wars in Central America.

As assistant secretary of state in the Reagan administration, Abrams had arranged the supply of arms and other support to the Rios Mont dictatorship in Guatemala, which massacred several thousand indigenous people, the rightwing death squads in El Salvador which killed leftists in the thousands and the Contras who committed atrocities against the Nicaraguan people in their war against the Sandinista government. He was indicted for his involvement in the Iran-Contra scandal but got out with a presidential pardon. Abrams was said to have had a hand in the coup against Chavez in 2002. So long as Abrams is the point man for Venezuela, one should expect more Gideon type operations.