Anti-Semitic authors will soon be compulsory reading in Hungarian schools, and history books will be rewritten to promote pride in the nation. Viktor Orban's controversial new school curriculum is drawing outrage. 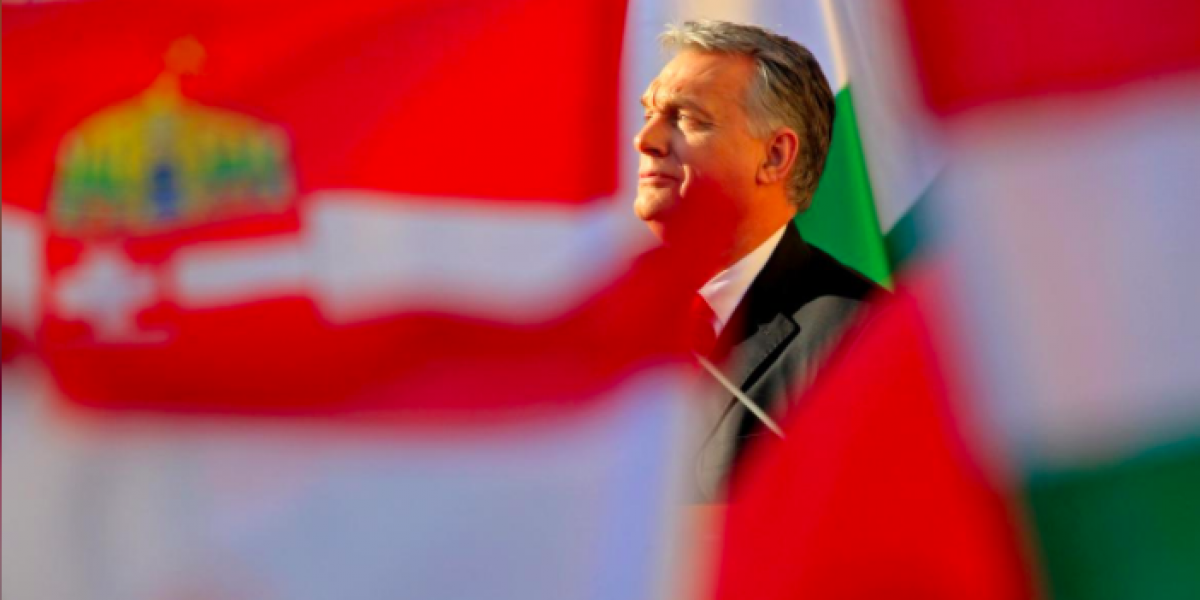 Along with a controversial new bill that greatly increases the power of Hungary’s far-right Prime Minister Victor Orban, which has been described by critics as a power grab, the country’s education system is also facing reforms reflecting the government’s nationalist propaganda.

When Orban presented the new National Core Curriculum (NAT) at the end of January, nobody suspected that two months later, all schools in the country would remain closed until further notice.

The coronavirus crisis has practically brought Hungary’s education system to a standstill.

“Apart from a few exceptions, homeschooling is currently not working in Hungary,” Ildiko Reparszky, a teacher at Mihaly Fazeka’s high school in Budapest, told DW.

The state’s online learning platform regularly breaks down. Many teachers and students do not have access to stable internet connections or laptops, especially in the poorer regions of the country.

“The current situation shows how the modernization of the education system has been neglected in recent years,” said Reparszky.

Even though the school system is collapsing, the Hungarian government wants to maintain the launch of its much-criticized nationalist curriculum in September. Protests against it are growing. Teachers’ associations, students, parents, professors and intellectuals have been criticizing the ideologically driven, overloaded new program.

Also Read: ‘My SS Uniform Is Just My Heritage’

The curriculum’s patriotic goals are particularly clear in literature and history. Students should learn to be “proud of their people’s past.” The nation’s historical wartime defeats are to be deleted from textbooks and replaced by portrayals of victorious battles. Hungarian legends and myths are to be presented as historical facts.

The controversial authoritarian rule of Miklos Horthy from 1920 to 1944 is also to be portrayed in a positive light. The fact that Horthy passed anti-Jewish laws in 1920 and later became one of Adolf Hitler’s close allies will be downplayed.

Laszlo Miklosi, chairman of Hungary’s History Teachers’ Association, described this idealized portrayal of the country’s history as “highly problematic.” It not only distorts students’ views of history, it deters critical thinking, he told DW.

The literature program has also been highly criticized. Hungary’s only Nobel laureate for literature, Holocaust survivor Imre Kertesz, was removed from the curriculum, as well as the internationally recognized and widely translated novelist Peter Esterhazy, who received the Peace Prize of the German Book Trade in 2004.

Instead, works by nationalist authors such as Jozsef Nyiro and Albert Wass are now mandatory reading. Nyiro was a member of the fascist Arrow Cross Party and an admirer of Nazi propaganda minister Joseph Goebbels. Wass was an avowed anti-Semite and convicted war criminal. The government of Orban’s Fidesz party has been pushing the rehabilitation of these authors for years, erecting new monuments and naming streets after them. 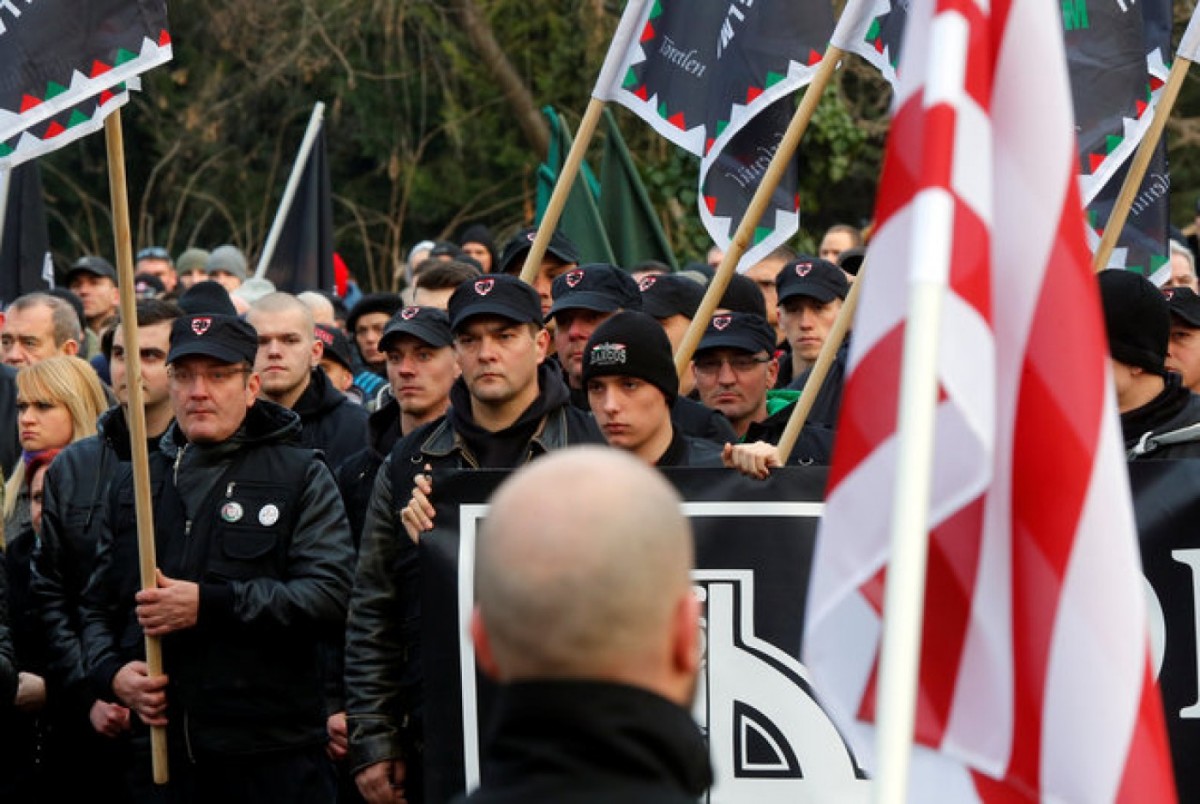 Hungarian Nazi sympathisers are seen during commemorations for the “Day of Honour” in Budapest, Hungary February 11, 2017. Photo: Reuters/Laszlo Balogh

The new reading lists have sparked a nationwide outcry. Teachers’ unions, universities and the Hungarian Academy of Sciences have called for the curriculum to be withdrawn. Teachers protested on social media under the hashtag #noNAT with slogans such as “I don’t teach fascist writers.” Criticism also came from conservative circles and churches.

Another move in the country’s ‘culture war’

With the introduction of the new curriculum, Viktor Orban’s Fidesz government is pursuing its centralization policy in the education sector. “The government is using schools as a battlefield in their culture war,” political scientist and educational researcher Peter Rado said. 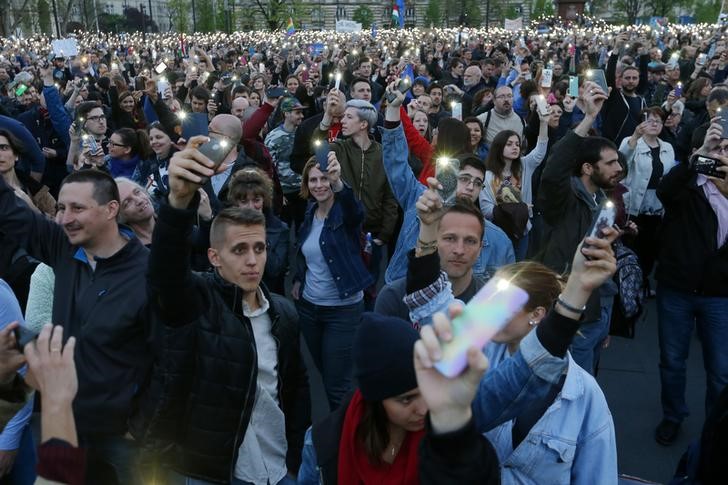 People light with their mobile phones as they protest against the bill that would undermine Central European University, a liberal graduate school of social sciences founded by U.S. financier George Soros in Budapest, Hungary, April 9, 2017. Credit: Reuters/Laszlo Balogh

The government had also previously forced Budapest’s Central European University (CEU), founded by Hungarian-American billionaire George Soros, to relocate the majority of its operations outside the country, while expanding its political influence on the Hungarian Academy of Sciences (MTA).

With the adoption of a controversial cultural law at the end of last year, cultural institutions have also been under greater government control.

Orban does not have to fear a critical press: Hungary’s media landscape is largely under the control of the government and government-related companies.

This story first appeared on DW. Read the original here.