Rohingya Muslims continue to face egregious abuses both within and outside Myanmar with low access to basic needs and a serious restriction on their freedom of movement. 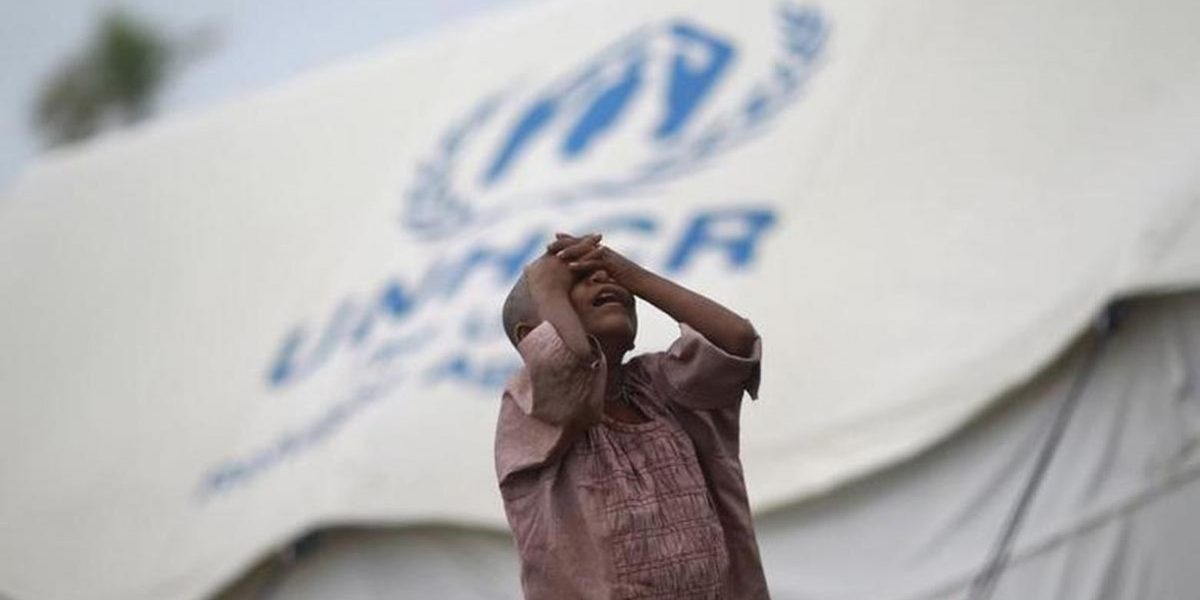 A girl from the Pauktaw township stands in front of her family's shelter in a Rohingya internally displaced persons (IDP) camp outside Sittwe May 15, 2013. Photo: Reuters/Soe Zeya Tun

New Delhi: The United Nations in Myanmar has threatened to adopt a tougher policy on camp closures by warning the Myanmar government that it will withdraw support in the Rakhine state to evade collusion with the government in a “policy of apartheid” for Rohingya Muslims.

In a threatening letter, dated June 6, by UN resident coordinator Knut Ostby, the UN, along with its humanitarian partners, conveyed the decision to eliminate support “beyond life-saving assistance” in Internally Displaced Persons (IDP) camps “closed” by the government unless “tangible progress [is] made on the fundamental issue of freedom of movement”.

Ostby accentuated the importance of these fundamental changes to occur as the current policy by the Myanmar government “risks entrenching segregation” and a complicity in abuses if international agencies continue to provide assistance.

“The government plan to build permanent housing on or next to the camps makes it very clear that the apartheid-like separation will be permanent and therefore crosses a red line for continual support to the camps,” senior UN official in Myanmar explains.

For seven years, UN agencies have been involved in helping displaced Muslim communities in the unruly Rakhine state. Their role, however, has recently been heavily criticised as “glaringly dysfunctional”, especially in “failing to see and warn the world about what was clear to many long before August 2017” according to Asia’s deputy director of Human Rights Watch (HRW), Phil Robertson.

The “ethnic cleansing” in the Rakhine, Shan and Kachin states in 2017  killed an estimate of 25,000 people and forced more than 800,000 to flee to Bangladesh in order to escape the military’s mass killings, gang rapes, child assaults and widespread arson.

While the criticism on the “systematic failure” of the UN is largely focused on the leadership of former resident coordinator of Myanmar, Renata Lok-Dessallien, of supposedly understating the realities in Rohingya, the UN has highlighted that their failure is a result of bigger internal issues within the UN system and Myanmar community.

“Without question, serious errors were committed and opportunities were lost in the UN system following a fragmented strategy rather than a common plan of action,”  former Guatemalan foreign minister and UN ambassador Gert Rosenthal wrote in an internal review.

In attempts to effectively work with the Myanmar authorities in 2017, the UN conducted regular meetings with the Myanmar government to ensure the resettlement of the displaced Rohingya and Kaman Muslims. Promises to close the dismal IDP camps and rehouse the uprooted people into houses near their original villages were made by the Buddhist government.

The commitment to these promises, however, was severely lacking as UN reports revealed that the living conditions for the relocated Rohingya remain virtually unchanged, with their “basic services”, “livelihood opportunities” and fundamental human rights, almost entirely denied.

Evidently, Ostby’s threat is a result of the failure in the discussions for camp closures with the Myanmar government over the past year. On a number of occasions, the government even refused to meet with Ostby due to their disapproval of his tenacious opinions on certain human rights issues.

Soe Aung, deputy minister of social welfare, relief and resettlement, claims that Ostby’s letter demonstrated more of a “willingness and readiness of UN Agencies to support the Myanmar government in implementations towards reintegration in camp closed site” than a threat to the government.

Amidst these discussions, Rohingya Muslims continue to face egregious abuses both within and outside Myanmar with little or no access to basic needs and a serious restriction on their freedom of movement.