In December 2019, Aun San Suu Kyi – now deposed by the same military – had defended the Tatmadaw's conduct in Rakhine state. 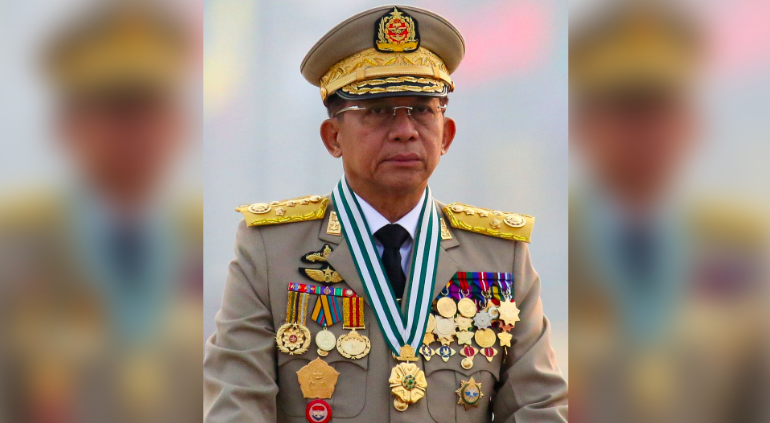 New Delhi: Four months after the state counsellor of Myanmar Aung San Suu Kyi was deposed in a coup and taken into custody, the country’s military regime has restructured the committee to present its defence in the Rohingya genocide case at the International Court of Justice (ICJ) at The Hague.

In December 2019, Suu Kyi had appeared at the ICJ to defend the Myanmarese army, the Tatmadaw, against the allegations of genocide on the minority Rohingya community in the country’s Rakhine state. The case was brought to the ICJ by The Gambia in November 2019 on behalf of the Organisation of Islamic Cooperation (IOC).

More than 7,00,000 Rohingya peoples had fled Rakhine state after a military crackdown on them and had taken shelter in neighbouring Bangladesh. The West African country had reportedly accused the Tatmadaw of “extrajudicial killings…sexual violence, burning of homes and destruction of the Rohingya group in a whole or in part.”

According to The Irrawaddy, an independent news website on Myanmar, the new team is to be led by the military regime’s foreign minister U Wunna Muang Lwin, and will have eight members. “Among them are two former military officers – U Wunna Muang Lwin who will serve as the chairman and the regime’s planning, finance and industry minister, U Win Shein – and two serving lieutenant  generals: Yar Payae and Adjutant General Myo Zaw Thein.”

Also read: India Abstains from Voting on UNGA Resolution on Myanmar, Says Its Views Not Reflected in Draft

The report said the announcement of the new committee in a bulletin published in the Myanmar Gazette on June 24 also stated that “the other members of the panel are the junta’s minister for international cooperation, U Ko Ko Hlaing, as vice chairman; its new union attorney general, Daw Thida Oo; its deputy foreign minister, U Kyaw Hyo Htut; and Daw Khin Oo Hlaing, who is said to be an international criminal law expert and also a member of a seven-member advisory board to the regime.”

In June 2020, the ICJ had asked Myanmar to file a compliance report of provisional measures it had taken on the matter in four months and thereafter every six months. The news report had pointed out, “The Daw Aung Saan Suu Kyi-led civilian government (had) submitted two reports prior to its ouster by the military in a coup on February 1.” Stating that the conflict begun by the Arakan Rohingya Salvation Army (ARSA) against Myanmar’s Defense Services seeking “autonomy or independence from Rakhine” had “led to the displacement of thousands of civilians in Rakhine”, Suu Kyi had said, “Please bear in mind this complex situation and the challenge to sovereignty and security in our country when you are assessing the intent of those who attempted to deal with the rebellion. Surely, under the circumstances, genocidal intent cannot be the only hypothesis.”

On  June 4 though, the parallel National Unity Government (NUG) in exile formed by the elected members ousted by the 2021 coup, had said that it would not defend the military on the matter. The NUG foreign minister U Moo Zaw Oo had said that the NUG had “vowed to work with the ICJ”. As per The Irrawaddy, U Moo had stated that NUG “would accept the court’s decision in the case.”

The change of stance was triggered by widespread killings and arrest of civilians and multiple raids by the military following the coup. The Assistance Association of Political Prisoners, an advocacy group, has stated that more than 25 civilians were tortured to death while at least 877 people were killed and more than 6,200 arrested, of whom 5,088 are still in detention.

Meanwhile, extensive violence has been reported from various parts of the country due to the military regime’s armed confrontation with civilian resistance fighters, claiming casualties on both sides. On June 24, at least 15 military personnel were reportedly killed by resistance fighters during raids conducted by the army in two villages in the Sagaing region.

A day before, in Mandalay, a civilian resistance fighter group had killed three military officials including a lieutenant colonel.