Why Modi Will Prefer a Trumpian World Order, Rather Than a Biden-Harris Presidency

Trump has created a permissive climate for authoritarian right-wing rulers to thrive. The Biden presidency will bolster liberalism in the world and that will complicate BJP’s plans to push its Hindutva agenda in India.

Donald Trump wants to be etched on Mount Rushmore as a way of being remembered in history. He may not get that honour but there’s no doubting that he’s had a transformational impact on the US and the world. He has abandoned the US’s traditional alliances, tore up agreements like the Trans-Pacific Partnership and the Paris Agreement, and curried favour with dictators like Vladimir Putin and Kim Jong-un. He has weakened democracy at home and pursued a form of isolationism bereft of a commitment to liberal values and human rights that the US is known for espousing.

Trump has, in effect, fashioned a new form of international order, marked by American distraction and detachment from the world. And in doing so he has created a space and a climate where right-wing authoritarian rulers elsewhere can thrive. Leaders like Jair Bolsonaro of Brazil, Viktor Orban in Hungary, Rodrigo Duterte in the Philippines, Matteo Salvini in Italy have prospered in recent years. And while some of them have had careers predating his presidency, Trump’s presence and his redirection of the American state have provided them with the cover to pursue illiberal policies at home.

Nowhere is this more starkly represented than in the case of India’s Prime Minister Narendra Modi.

India-US ties have for more than a decade operated in a particular framework marked by shared norms and interests. The two countries forged close strategic links and even agreed a ‘joint strategic vision’ on the Indo-Pacific; India sought the affirmation and recognition of the US and Western powers, while the Indian elite and middle class aimed to settle in the US, seeing it as the apogee of personal fulfillment – with the result that Indian-Americans are now a prominent minority group. India valued its “strategic autonomy” but official and people-to-people links made Indian governments and the public sensitive to shifts in opinion among their American counterparts, in ways that may not be so with very many other countries.

It is for these reasons difficult to imagine that Modi would have governed India the way he has in recent years if Barack Obama or Hillary Clinton were president. Modi may never have managed to read down Kashmir’s legal status in the manner he did or pass a blatantly discriminatory citizenship law if Obama, whose approval he clearly sought, was at the helm.

The US, of course, has a very mixed record on promoting human rights; it has overlooked many violations in the past and preferred nudging Delhi behind closed doors rather than public posturing that would threaten its market access in India. But the international order prior to Trump had its moderating effects on major democracies. It was a world where India could get away with passing draconian legislation and periodically cracking down on Kashmiri protests, but not threaten, as it has, to disenfranchise Indian Muslims en masse, shut down a Valley for an entire year, incarcerate its political class and unilaterally alter the status quo on one of the world’s thorniest conflicts.

The world before Trump entertained government propaganda but it was not one where TV news stations morphed into Radio Rwanda, as they do now. In other words, India was amongst the group of nations that had a measure of sensitivity to democratic benchmarks and geopolitical continuities. The international community tolerated and debated hypocrisy but it was not one where the US administration itself masterminded the whole scale abandonment of norms, as it has been during Trump’s tenure. It was this permissive climate that allowed Modi to pursue his hardline Hindutva policy at home. Using the cover and distraction that Trump provided, Modi and the ruling BJP have set about dismantling the edifice of Indian democracy, reducing parliament to a charade, attacking independent media, targeting minorities and undermining institutions of transparency. India has been brazen about the illiberal direction it is taking – its foreign minister S. Jaishankar refused to meet Congresswoman Pramila Jayapal after she co-sponsored a House resolution calling on India to uphold human rights in Kashmir.

The last six years have paradoxically seen India’s national and economic power decrease while Modi’s political power has increased – and this has been facilitated in part by weakened international sensitivity, owing to political instability in the West, Trump’s decision to undercut the State Department and his suspicion of state and civil society institutions. American isolationism and de-globalisation have had the effect of converting nations into hardened silos for authoritarian leaders to play havoc in.

Also read: How an Aspiring ‘Vishwa Guru’ Has Brought the ‘Third World’ Back to India

What difference will Biden-Harris make

To discern what Trump has done to the world and what it will be without him, it is useful to envisage what a Joe Biden-Kamala Harris administration will mean to a major power like India.

At one level, things will get better. Biden is expected to have a solid technocratic adminstration, specialists will be brought back in, he will reconstruct a Washington that other nations will remember, state-level ties will be more predictable, India’s importance as a strategic counter to China in the Indo-Pacific will be reaffirmed.

The benefits of change will be limited for India, though. Biden will try and roll back tensions with China even if the ties will still be prickly. Washington will have to live with China’s expanded influence in Asia and to that extent will be of little help to India in rolling back Beijing’s ongoing land grab in its border areas. Pakistan, India’s implacable foe, will continue to be important to the US owing to the endgame in Afghanistan. And Delhi will find little joy in securing more H1-B visas as Democrats themselves will be under domestic pressure to stem foreign competition for jobs.

The real challenge that a Democrat administration poses is to Modi’s majoritarian agenda at home. Biden and Harris are moderates – they will no doubt exercise the restraint that comes with power. But they will also be continually pushed leftward by the forces that brought them to power, including progressive voices like Alexandria Ocasio-Cortez, groups like Justice Democrats and a range of minority activists in the US. These leaders and groups will by now be familiar with developments in India and are not chary of expressing their views.

Analysts may disagree and contend that state calculations trump ethical considerations in the final analysis. That is generally true – India is the world’s second-largest weapons importer, a fact that will keep the US defence industry continually interested. That said, Black Lives Matter is a profound cultural moment whose impact on America’s relations abroad is yet to be seen. Progressives may find foreign policy and human rights abroad as a useful pressure point on a Biden presidency if his domestic agenda does not head in the direction they like. Moreover, the majority of 15-year-olds and under in America are now non-white and that is bound to have an impact on US foreign policy in the years ahead. 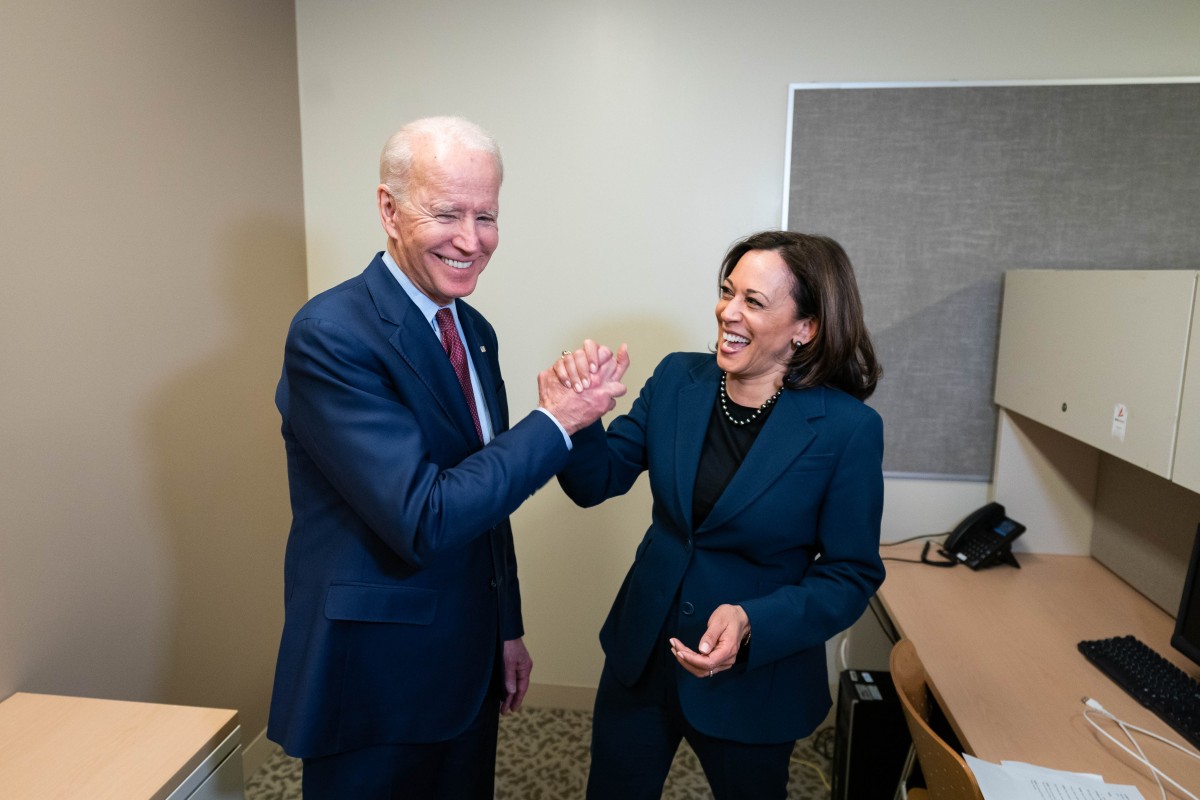 The Biden presidency will thus, for a variety of reasons, lend its hand to liberalism in its fight against nativism worldwide. It is the kind of scenario that figures like Modi will get thrown into higher relief on the world stage. Modi will encounter a State Department that will again have a say in the national security process in Washington – and its officials will have plenty to say on developments in India drawing on impressions from diplomats based in Delhi (and Islamabad).

All told, Modi is likely to get more unflattering coverage in the West during a Biden-Harris presidency if the BJP persists with its hardline policies. The degradation of American democracy during the Trump presidency was the biggest story in the world of political science; the implosion of India at Modi’s behest may take its place in times ahead. Modi’s name is still not always invoked alongside Orban, Duterte and Bolsonaro whenever the crisis of democracy is discussed – that will change when Trump is no longer around.

Also read: Textbook Authoritarianism Is Playing Out in India

There’s one other dimension where a Biden-Harris presidency poses a problem for Modi and the BJP. There’s a genuine apprehension in India that Modi’s party will change India’s Constitution in the years ahead by dropping secularism in its Preamble and effectively turning the country into a Hindu nation. This has been an aspiration expressed by influential figures, many of whom see it as a final triumph after changing the status of Kashmir and building the Ram temple.

Such a move to change the Constitution will no doubt provoke protests at home and generate a lot of attention in the US. A Biden-Harris administration plus the cohort of progressive Democrats will be awkward counterparts for Hindu nationalists to negotiate with as they enact the denouement on India’s existing constitutional structure. The fact that India has moved from being known as a flawed democracy to becoming indefensible as one will have implications on how citizens in other democracies engage with it and its government.

The stakes are high on America’s choice in this election. A Biden win can alter the climate in other democracies and potentially restrain the excesses of authoritarian leaders. It will broadly arrest the momentum of right-wing populists in the world and bolster the cause of liberalism. That is not a global context Modi, the BJP or its allies in the diaspora will be comfortable with. It is no surprise then that more Indian Americans are set to vote for Trump now than in 2016. The global far-right has a lot to lose (or gain) on November 3.