The ruling will provide immediate relief in a grim scenario, but legislative battles lie ahead. 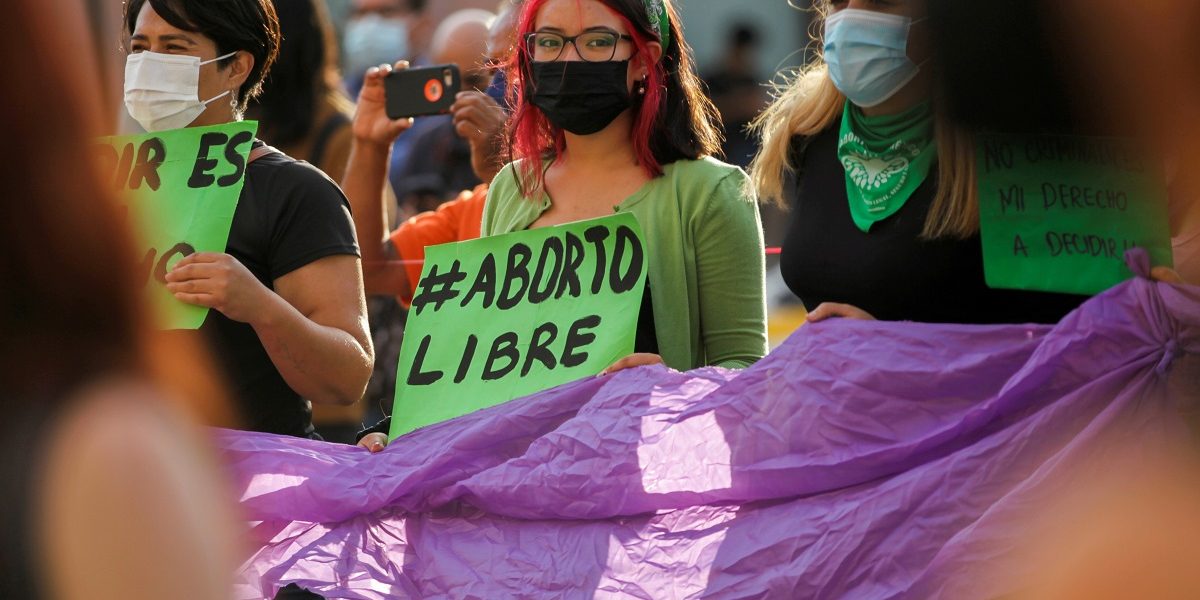 A woman holds a banner which reads "Free abortion" during a protest to celebrate the decision of the Supreme Court of Justice of the Nation (SCJN) that declared the criminalisation of abortion as unconstitutional, in Saltillo, Mexico September 7, 2021. Photo: Reuters/Daniel Becerril

On September 7, the Mexican Supreme Court struck down a law from the State of Coahuila which penalised having or performing an abortion with one to three years of prison. In doing so, it took a historic step: in a unanimous ruling, it proceeded to declare the criminalisation of abortion in general to be unconstitutional. “Never again must a woman or a person capable of gestating be criminally judged,” said Justice Luís María Aguilar, author of the ruling. “Today the threat of prison and the stigma that weighs on people who freely decide to interrupt their pregnancy are removed.”

In their concurring opinions, other members of the court were surprisingly frank about the grounds for their decision. “[T]he reasons that lead a woman to abort, the conditions of secrecy and insalubrity some are forced into, the consequences for their physical and mental health… produce unimaginable human suffering, especially for women who live in economic and social marginalisation,” wrote the president of the court, Justice Arturo Zaldívar. “It is a crime that, in practice, punishes poverty.”

According to Justice Margarita Ríos-Farjat, an “excess of sophistry” has confused the real issue for women facing the decision of whether or not to terminate a pregnancy. “As she is ‘morally bad,’ she deserves to go to prison; if it’s not because she is bad or ignorant, then it’s because she was irresponsible or — as they say — she didn’t take care of herself,” she noted. “Because however much desperation or desolation she may feel, she has to hold out. Did she not? Then she’s promiscuous and irresponsible: prison…Nobody gets pregnant, in the use of her autonomy, only to then abort.”

Although the decision does not immediately legalise abortion throughout the country, the fact that it was reached by a supermajority makes it a binding precedent on lower courts, including in the large majority of states where the practice remains technically illegal. Women who are arrested for aborting will be able to use the decision as grounds to invalidate their cases, and state legislatures will be forced to update their laws or face their own legal challenges. In a bit of irony, Coahuila, whose law originated the ruling, may soon become a destination for women just across the border in Texas fleeing draconian new abortion restrictions in the US.

Relief at a cost

On its face, the ruling is clearly a victory to be celebrated. It will provide immediate relief in a grim scenario where up to a million clandestine abortions are performed in Mexico a year, fully a third of which lead to serious complications. It will provide immediate relief to women jailed for aborting: those in pretrial detention will be freed and those already sentenced will be able to file amparos, or injunctions, to get them invalidated.

It will provide immediate relief for doctors, midwives, and others jailed for performing the procedure, who live in constant fear of prosecution, or who have been stripped of their license to practice. In short, the decision will both save lives and allow those who have found themselves churned through the machinery of “unimaginable human suffering,” in Zaldívar’s words, a chance to claw back a degree of freedom and dignity.

But as always in politics, form is function. Instead of a woman’s right to choose being the fruit of legislative battle, it has been bestowed upon the public by a panel of elite, spectacularly paid judges. In a sense, the decision short-circuits a process that was already underway: spurred by the activism of women’s rights groups, MORENA-majority legislatures legalised abortion in the state of Oaxaca in 2019, followed by the states of Hidalgo and Veracruz in quick succession in the wake of this year’s midterm elections (the practice has been legal in Mexico City since 2007).

These victories were building pressure toward the enactment of a federal law which the ruling now allows MORENA to deflect: a short-term convenience, to be sure, but one that allows the party to wriggle out of its responsibility for taking the lead on this and other gender issues through a sustained effort at persuasion and coalition-building rather than by riding the coattails of a one-off judicial ruling. However welcome the accelerator pressed by the decision may be in practical terms, it comes at a cost of diminished democratic legitimacy.

The accelerator, too, does not always work exactly as desired. In its previous foray into contentious social rulings, the court legalised same-sex marriage in 2015. Six years later, nearly a third of states have not yet updated their legislation to coincide with the decision, creating confusion and costly legal hurdles for would-be marriages. It is extremely likely a similar dynamic will play out with this decision, especially in conservative-governed states which, until just recently, were rushing to define human life as beginning at conception. 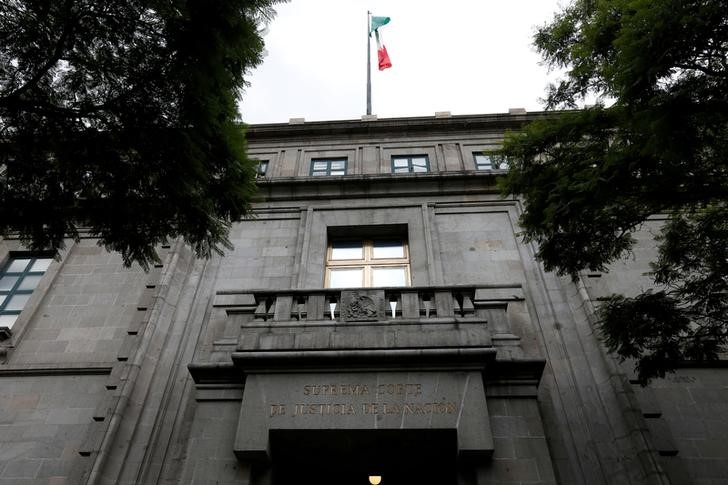 Get it in writing

Attention-grabbing headlines aside, Mexico’s Supreme Court is not exactly living through a golden age. Justice Luís María Aguilar, author of the abortion ruling, has been under investigation for alleged financial irregularities and nepotism. Two other justices, Yazmín Esquivel Mossa and Alberto Pérez Dayán, are under the gun for abusing the use of consular registration documents in order to wing off to Texas and jump the line for COVID vaccinations.

At the end of 2020, Congress passed a sweeping constitutional reform in an attempt to uproot the corruption, impunity, and influence peddling endemic to the judicial branch as a whole. It does not take an excessive degree of cynicism to see that a high-profile ruling such as this one, in addition to its political and judicial import, represents a highly effective means of image-laundering.

Whatever the motivations for the decision, the path ahead is clear. In the US, court-enamored liberals put all their chips on the Roe vs. Wade decision instead of codifying the right to choose into law; five decades later, they wring their hands helplessly as the same Supreme Court stands on the brink of overturning it. The Mexican left must not make this mistake: it must codify the right to a safe, confidential, and free abortion into federal law, and then proceed to make that right a reality nationwide.

Yes, laws can also be repealed. But history is instructive on this point: In the 14 years since the legalisation of abortion in Mexico City, the system has worked well and with surprisingly little controversy. And despite the tired, stereotypical generalisations in the Western press about Mexico’s “conservative, Catholic” identity, decriminalisation in the states – including southern, heavily indigenous Oaxaca – has been met with an equal degree of phlegm.

Of course, the only way that a woman’s right to control her own body will truly be irreversible is through the steady, long-term work of converting the principle into one of nationwide common sense. And that is a battle that cannot be avoided – especially not by depending on the whims of judges.

Kurt Hackbarth is a writer, playwright, freelance journalist, and the co-founder of the independent media project MexElects. He is currently co-authoring a book on the 2018 Mexican election.