Jho Low as a close ally to former premier Najib Razak is seen as a central figure in the 1MDB scandal, which is the subject of multi-billion-dollar money laundering investigations underway in Malaysia and around the world. 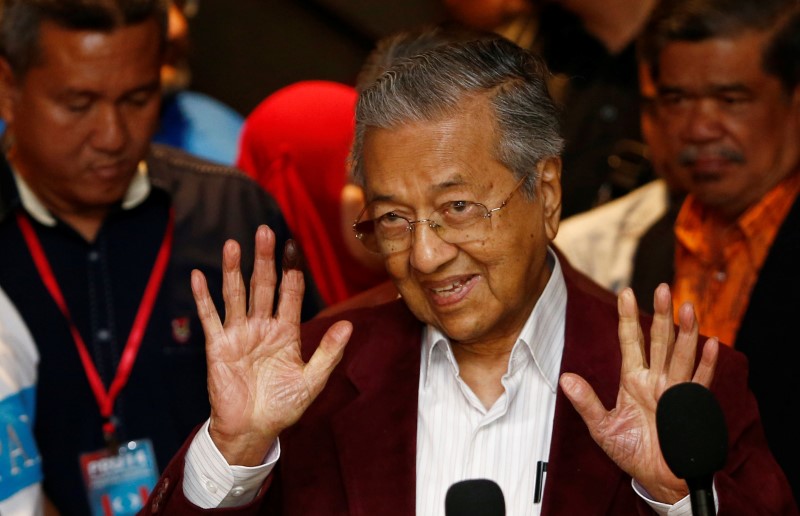 Low, popularly known as Jho Low, was regarded as close to former premier Najib Razak and his family, and is seen as a central figure in the 1MDB scandal, which is the subject of multi-billion-dollar money laundering investigations underway in Malaysia and around the world.

“We are trying to arrest Jho Low, but he is not in the country, and we don’t have extradition rights in the country where he is staying,” Mahathir told reporters.

He did not say which country Low was in.

The Malaysian Anti-Corruption Commission (MACC) had issued an arrest warrant for Low, as well as Nik Faisal Ariff Kamil, a director of the former 1MDB unit SRC International, a source familiar with the matter had earlier told Reuters.

The MACC was also seeking assistance from authorities in countries where Low was believed to be staying, the source said, declining to be identified due to the sensitivity of the matter.

Low advised on investments and negotiated deals for 1MDB, though he never held any official role in the fund.

1MDB was founded by Najib in 2009 and is the subject of money-laundering probes in at least six countries, including the US, Switzerland and Singapore.

The US Department of Justice has alleged that more than $4.5 billion was misappropriated from 1MDB, and about $700 million of that went to Najib’s personal bank accounts.

On Thursday, MACC issued a notice for Low and Nik Faisal to contact the commission immediately to help in its investigation. Low, through his lawyers, said he would cooperate.

Empowered by a new government elected last month, the agency has relaunched a probe into why $10.6 million from SRC was transferred into Najib’s bank account.

Goldman Sachs had helped 1MDB raise $6.5 billion in three bond sales in 2012 and 2013 to invest in energy projects and real estate to boost the Malaysian economy.

Instead, more than $2.5 billion raised from those bonds was misappropriated and used to buy artwork, luxury properties in New York and London, and to pay off gambling debts in Las Vegas, the US Justice Department has alleged.