A tweet that Mohamad posted hours after an attacker killed three people in the French city of Nice has been deemed as 'glorifying violence'. 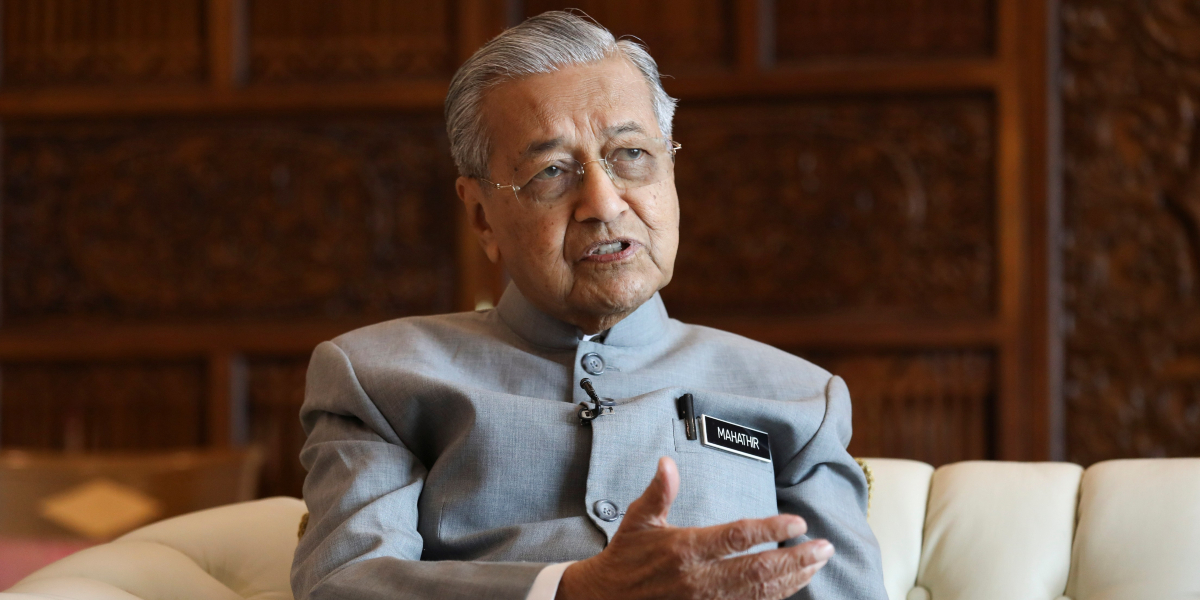 New Delhi: Former Malaysian Prime Minister Mahathir Mohamad’s controversial tweet on the beheadings in France and the country’s security crackdown on alleged Islamists has been deleted, following a massive outrage and complaint by a French minister.

Minister of state for digital and telecommunications Cédric O tweeted on Thursday night that he had spoken with the head of Twitter in France and called for the suspension of the account of the 95-year-old Malaysian leader.

On Thursday, Mahathir Mohamad had posted a 16-tweet long ‘thread’ which was a replication of his blog post. This thread was posted just hours after the French city of Nice witnessed a knife attack inside a church which left three people dead. Earlier this month, a French schoolteacher was beheaded after he allegedly displayed cartoons of Prophet Mohammad in the classroom.

The original tweet, which was number 14 in the thread, read that “Muslims have a right to be angry and to kill millions of French people for the massacres of the past”. There was an immediate furious reaction from most Twitter users, who pointed out that Mohammed was supporting the use of violence.

Calling for suspension of Mahathir’s account, Cedric O added, “If not, @twitter would be an accomplice to a formal call for murder”.

In his Twitter thread, Mahathir Mohamad claimed that while he did not approve of the murder of the schoolteacher Samuel Paty, freedom of expression does not include “insulting other people”.

Stating that the French in their long history have killed “millions of people”, including Muslims, he noted that Muslims have right to be angry and killing “millions of French people for the massacres of the past”. He then added that “by and large the Muslims have not applied the ‘eye for an eye’ law. Muslims don’t. The French shouldn’t”.

The tweet thread concluded by supporting a boycott call of French goods.

Australian Prime Minister Scott Morrison described Mahathir’s comments as “absurd and abhorrent”. “The only thing that should be said today is to completely condemn those attacks,” Morrison said. “The only response is to be utterly, utterly devastated.”

Mahathir has been Malaysia’s prime minister for Malaysia in two non-consecutive terms for nearly 24 years. He has been known to be outspoken from his criticism of the West to his assertion that Malaysia should not copy “western standards” on LGBT rights.

After the beheading, French authorities cracked down on various individuals and groups. French President Emmanuel Macron took part in a ceremony to mourn Paty, where he asserted that France “will not give up cartoons” and its secular, democratic values.

Turkish President Recep Tayyip Erdogan responded by calling for a “mental check” of Macron and a boycott of French goods.

India has deplored the “personal attacks” on the French president and condemned all the recent terror attacks in France.