In western Libya, finding clean water has become difficult because both the power grid and water control system have been damaged in a conflict. 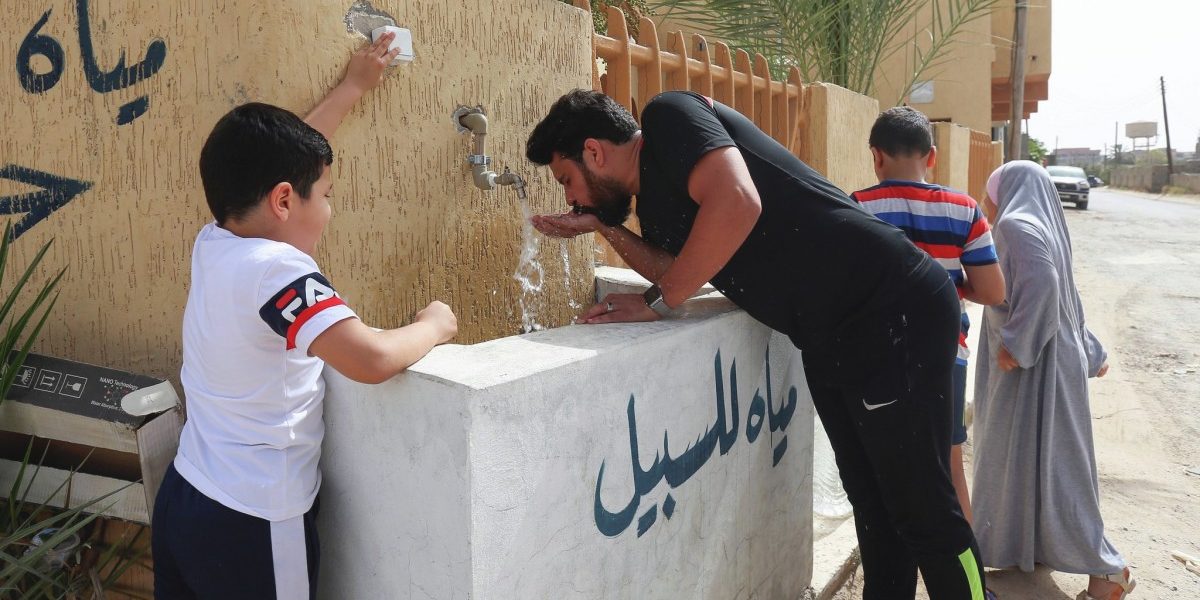 Tripoli: While Libya’s oil lies at the heart of three months of fighting over Tripoli and years of power struggles before that, water is becoming a far bigger concern for its people.

Interruptions to water supplies are common after eight years of near-anarchy since Muammar Gaddafi was ousted, but a wider crisis is now coming to a head in a country made up mainly of arid desert and split between competing administrations.

In western Libya, finding clean water has become difficult because both the power grid and water control system have been damaged in an offensive by forces loyal to eastern-based Khalifa Haftar on Tripoli, where the UN-backed government is based.

“Drinkable water is a daily issue for my family,” said Usama Mohamed Dokali, a cashier in a cafe in Tripoli, who buys bottled water when he can and gets it from a charity when his money runs out. Other people fill bottles from wells and hope for the best. 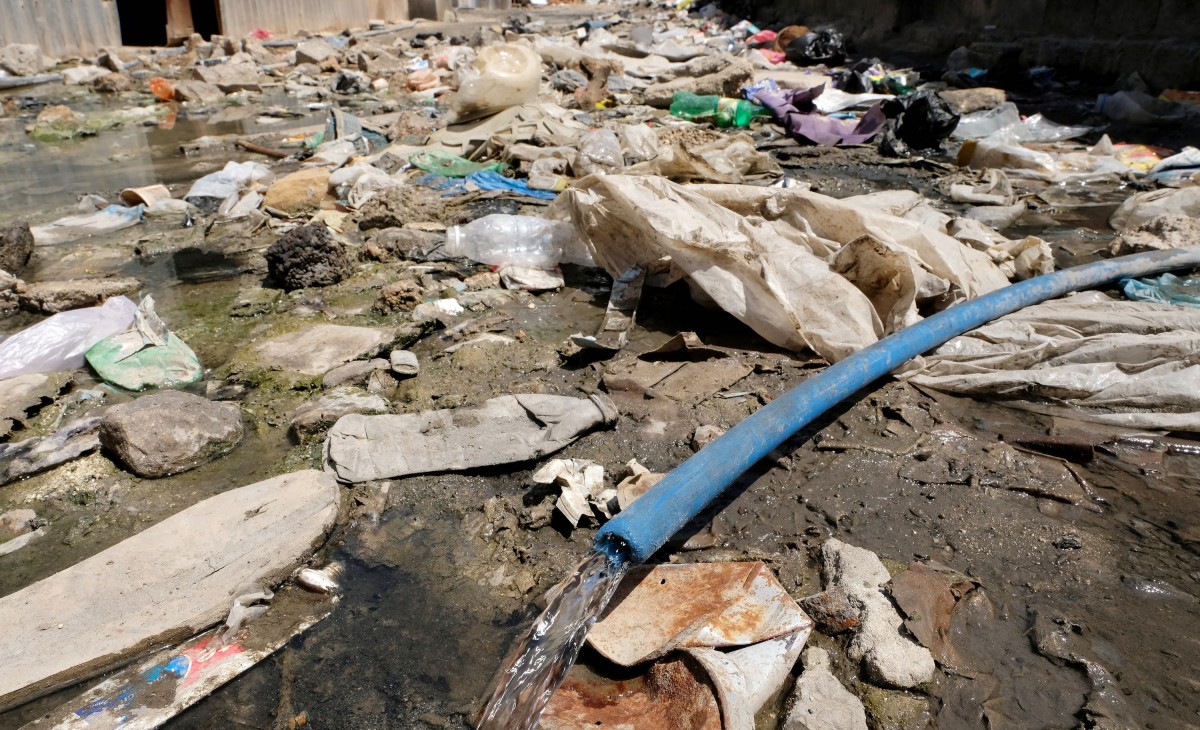 Water flows from a broken water pipe among the garbage at a displaced camp in Benghazi, Libya, June 19, 2019. Photo: Reuters/Esam Omran Al-Fetori

Looting and neglect have made the situation fragile and armed groups have exploited the unrest. In May, gunmen pressing officials to release a detained relative forced water workers to turn off supplies to all of Tripoli for two days.

The United Nations has warned all sides that water should not become a weapon of war, but the water system is already badly damaged in western Libya where the capital is located, according to unpublished reports by the water authority and the United Nations Children’s’ Agency.

Even local bottled water in a country which sits on Africa’s biggest proven oil reserves has become contaminated.

If the damage does not get fixed, there could be a “sudden, unexpected, uncontrollable and un-prepared for” shutdown of the main water pipeline system, the water authority said in a March presentation to international organisations seen by Reuters.

“The consequences will be catastrophic as there is no viable alternative water supply system,” it said.

That warning of a possible systematic failure, echoed in a draft UNICEF report the same month, is the most dramatic sign of a collapse of state services in what was once one of North Africa’s richest countries.

It would have far-reaching consequences in a country where lawlessness is being exploited again by Islamist militants, armed groups and people promising to smuggle African migrants and refugees to Europe.

“An estimated 4 million people would be deprived of access to safe water,” UNICEF Libya spokesman Mostafa Omar said by email, listing cholera, hepatitis A and diarrhoea, a major childhood killer, as the likely result. Poor public services were one of the drivers of the uprising against Gaddafi, but a 4,000 km (2,485-mile) pipeline system known as the Great Man Made River (MMRP) was a world-leading civil engineering project when it was built in the 1980s.

Some 80% of the population of six million live along or near the northern Mediterranean coast and depend on freshwater pumped via its pipelines from vast aquifers further south, where Libya’s abundant oil reserves also lie.

Groundwater in coastal areas is salty and contaminated by sewage and around 80% of desalination plants have broken down, water authority officials and diplomats say.

The pipes supply Libya with more than 70% of its freshwater and remain crucial because desalination plants are complicated to fix and vulnerable to attack, officials at the United Nations’ children’s agency say.

People dismantle wellheads to sell the copper and tribesmen living in the neglected south close or destroy pipes to press their demands with officials in the capital.

As a result, 101 of 479 wells on the western pipeline system have been dismantled, Abdullah El-Sunni, head of the Tripoli-based water authority said in an interview with Reuters. Asked if there could be a water crisis, he said power cuts were already threatening supplies. 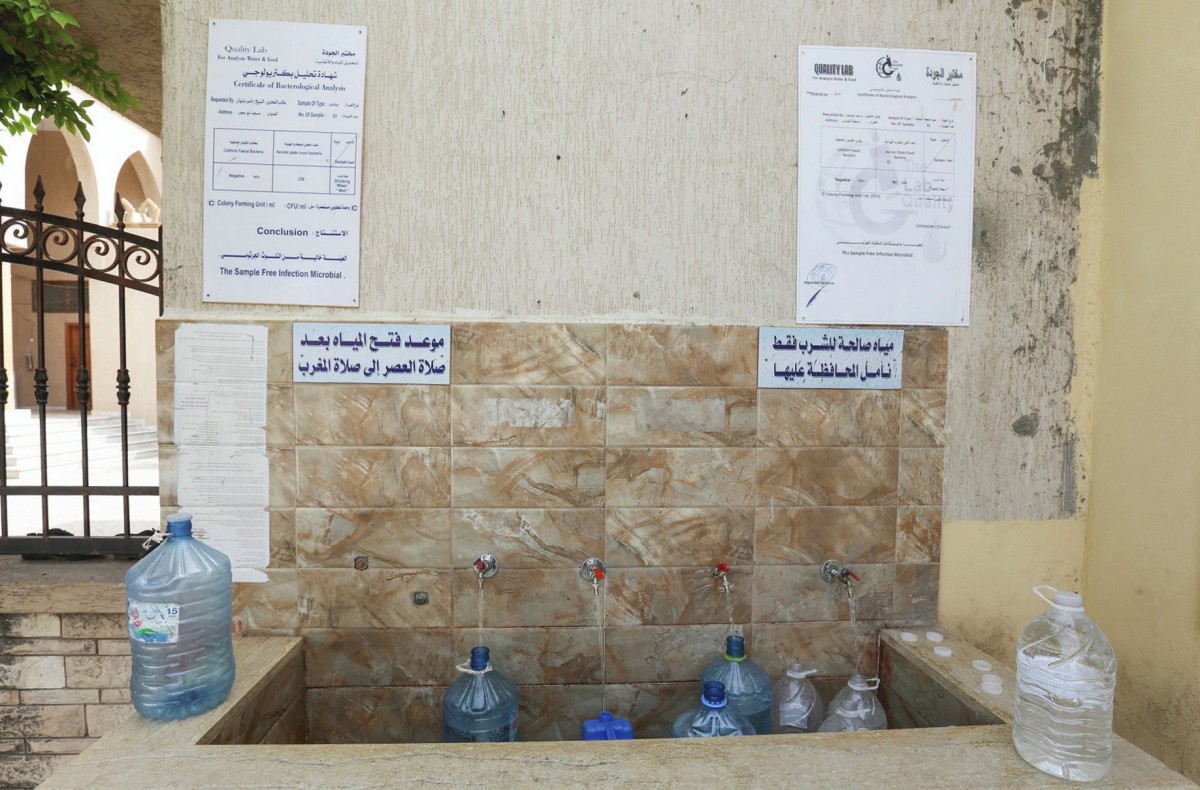 Since the central monitoring room of the pipeline system for western Libya was hit around early May, engineers have been unable to gauge water pressure and flows. A Tunisian maintenance firm working on the system left because of the fighting.

Across Libya, demand has risen to 7 billion cubic metres annually, up from 5.5 billion in 2011, as farmers and others have drilled wells or tapped reservoirs, Sunni said. By 2025, Libya will need 8 billion.

The draft UNICEF report, which has yet to be finalised, listed kidnapping of water workers and looting of equipment among many problems.

In May, gunmen pressing officials to release a detained relative forced water workers to turn off supplies to all of Tripoli – a short-lived halt that led the United Nations to warn all sides that water should not become a weapon of war.

“If not addressed properly and immediately, these threats and damages could lead to the complete failure of the MMRP,” it said.

Sunni said water quality had been affected by a lack of treatment, due to a shortage of funds for chemicals and equipment, and some officials agree with residents who say water in the taps is not fit to drink.

“All water is contaminated,” said Badr al-Din al-Najjar, head of the National Centre for Disease Control, listing problems such as harmful bacteria or a high-salt content. “There is no drinking water, especially from the state.”

The problem has been building since Gaddafi’s overthrow, when officials stopped investing in facilities that had been looted, damaged or allowed to deteriorate in the chaos.

Libya sits on Africa’s biggest proven oil reserves and is pumping the highest volumes of crude since 2013.

But the $34 billion budget is mainly used to pay armed groups, an overstaffed public service and fuel subsidies or is simply stolen, diplomats say and some Libyan officials admit. The government says it is committed to fighting corruption and its economic reforms have helped.

Haftar, a former Gaddafi-era military commander, is allied to a parallel administration which has hired thousands of employees and fighters.

In Tripoli, Prime Minister Fayez al-Serraj’s UN-backed government has brought some order but armed groups have forced the state to give them and their partners jobs or contracts.

Sunni said water infrastructure needed 2 billion dinars ($1.4 billion) of investment but his authority got 60 million dinars last year and nothing yet this year due to the war.

Serraj said in an interview that funding for Libya’s development and basic services had to be diverted to equip troops and treat the wounded.

While instability since 2011 has eroded living standards, with GDP of around $7,235 per capita, Libya is still an upper middle-income country, according to the World Bank. 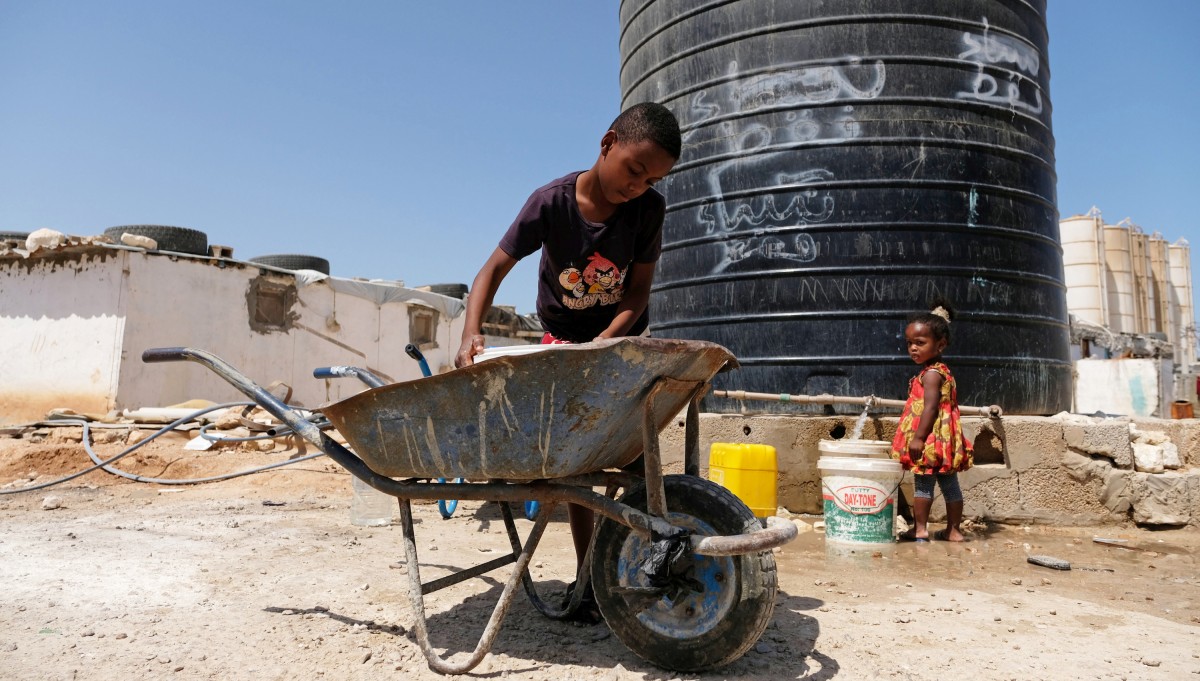 But it now depends on the UN and other international organisations for a multitude of services, including building water tanks for the one-in-five schools without piped water.

“Libya and Tripoli have been without water for many, many hours for two months…so how can children wash?” said Abdel-Rahman Ghandour, Libya Special Representative of UNICEF.

The agency also carries out basic childhood vaccinations and the United Nations and other international bodies provide food for displaced people and even medical kits to state hospitals to treat civilians and fighters on both sides of the frontline.

“The health system is about to collapse,” Najjar said.

Authorities have banned swimming in the Mediterranean in and around Tripoli because sewage gets pumped unfiltered into the sea. With homes deprived of air conditioning by power cuts, people crowd the beaches nonetheless.