The actor-politicians speaks of how ordinary people participated in the “most evil regime in history.” 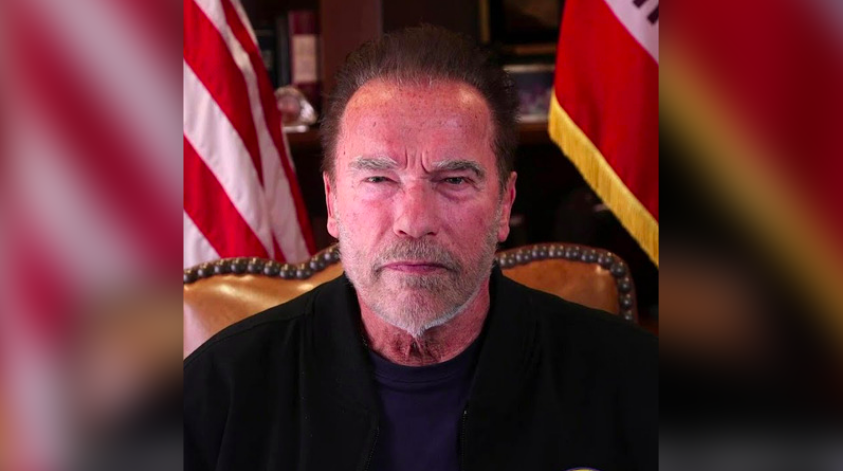 Of the many analyses published and the many hours of television discussions to make sense of the events in Washington D.C., one has stood out – the short video done by actor and politician Arnold Schwarzenegger.

America is deeply shocked at the manner in which mobs – armed and well prepared – stormed Capitol Hill, the bastion of the country’s democracy and, till they were finally subdued, held sway over sacrosanct chambers. It has been called an insurrection and even a coup attempt. “How did it happen here,” has been the most common reaction, partly because of a sense of American exceptionalism – we are different – and partly because of the relative success of the operation.

Not just the nation, but even the local law and order forces were completely unprepared. That one of the most secure places in the world was overrun so easily shows, at the very least, that Americans firmly believe that no one would want to even attempt something like this. Some foreign enemy of the US maybe – those Middle-eastern terrorist types, Russians or someone else – but certainly not our own people, firm believers in American democratic traditions. This has been the conventional thinking for a long time.

Now that it has happened, enabled by the most powerful person on the planet, and urged along by those Republicans with a cynical eye on the main chance, they are all asking,“what does it mean? Where is this heading? And who is the enemy within?” In his short, seven minute video, Schwarzenegger provides context to these questions – especially the last, crucial one – bringing in his personal history.

“I grew up in Austria. I am very aware of Kristallnacht, or the Night of the Broken Glass,” he says, coming straight to the point.

This is a shocking, and astounding statement which should send a chill down the spines of anybody, American and otherwise, who believes in democracy. It casts a new light on what happened on January 6.

Kristallnacht describes the events of the night of November 9-10, 1938, in Germany, when homes, commercial establishments and synagogues belonging to the Jews of the country were vandalised, burnt and destroyed. The broken glass refers to the shards of the windows of the damaged property.

An estimated 30,000 Jews were arrested and 91 people died. The November Pogrom, as it is also called, was the launch of a sustained campaign against the Jews which culminated at 6 million of them killed in gas chambers. 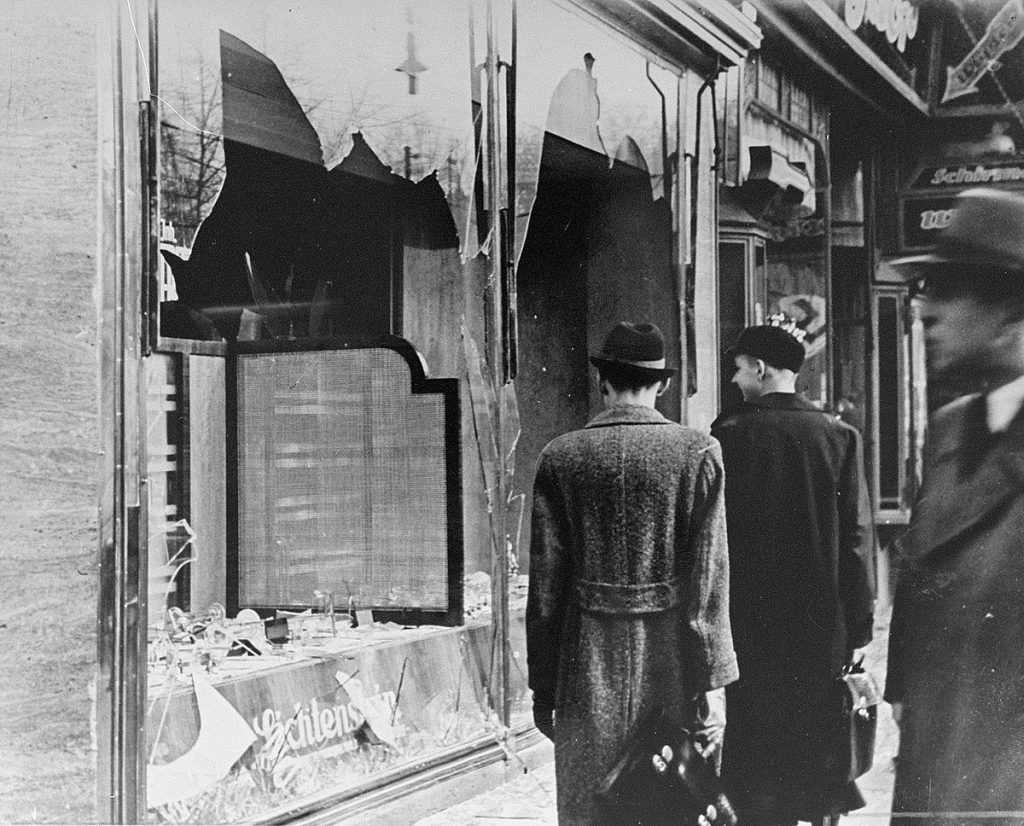 The assault on Capitol Hill is not strictly similar, because this was not, on the face of it, an attack on the Jews or any minority community. But Schwarzenegger goes on to explain: “The Broken Glass was in the windows of the Capitol. But the mob did not just shatter the windows of the Capitol-they shattered the ideals we took for granted.” He then talks about his childhood in the post-war Austria, when he was surrounded by “people broken drinking away their guilt by their participation. They were the people next door,” his father among them.

Watching this video I was reminded of the Bombay riots of 1992-93 when Muslims were attacked and their homes and businesses destroyed as frenzied mobs went on a rampage. I recall coming across rioters who were not just “ordinary people,” Salaried people participated as much as hardcore political activists. I spoke to victims who said their homes had been looted by their neighbours, people they had grown up with.

Similar stories were heard during the Sikh riots and the Gujarat killings of 2002, when middle-class people came out on the streets and looted and killed with abandon. 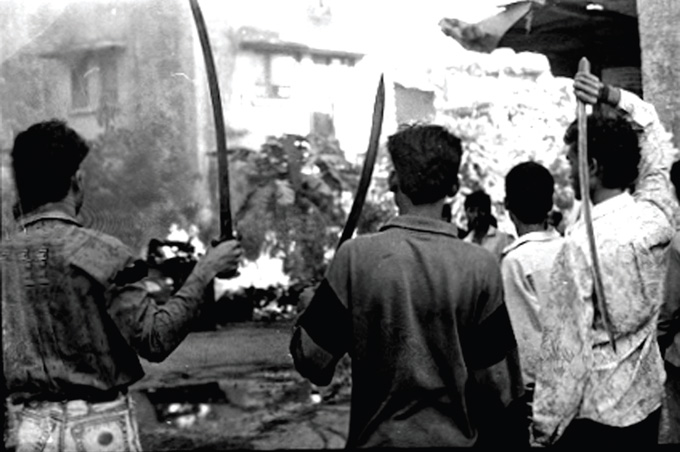 Nazi Germany was enabled by officials, soldiers and ordinary citizens who either participated in or ignored the excesses they heard about. “The banality of evil,” Hannah Arendt called it – people going to work, and after signing the death warrants of thousands of Jews, coming back home to play with their children. We were obeying orders is what most of them said. Were they themselves evil? Perhaps not – but they acquiesced freely in the evil that was being practiced in front of their eyes.

Schwarzenegger makes the same point in the video. “Not all of them were rabid anti-Semites or Nazis. Many of them just went along, step by step, down the road,” he said.

Also read: A Few Sobering Lessons for India from Washington’s Day of Infamy

It is obviously not known how many of those involved in the Capitol Hill incident are hardcore Trump followers; some of them may have gone along for the ride. But a profile of some of those who did participate that is emerging, include an Air Force veteran, the son of a judge, perhaps an ex-cop. A father of five boys. All ‘Proud Boys’, who Schwarzenegger compares with the storm troopers who killed and looted during Kristallnacht.

There is no exact comparison of course, with the events of 1938 with what happened a few days ago. But it is worth remembering that Nazi leaders encouraged and abetted the mobs of Kristallnacht, just like Trump did with his Proud Boys. Hitler was on his way up to becoming even more powerful and Trump himself is on the way out. 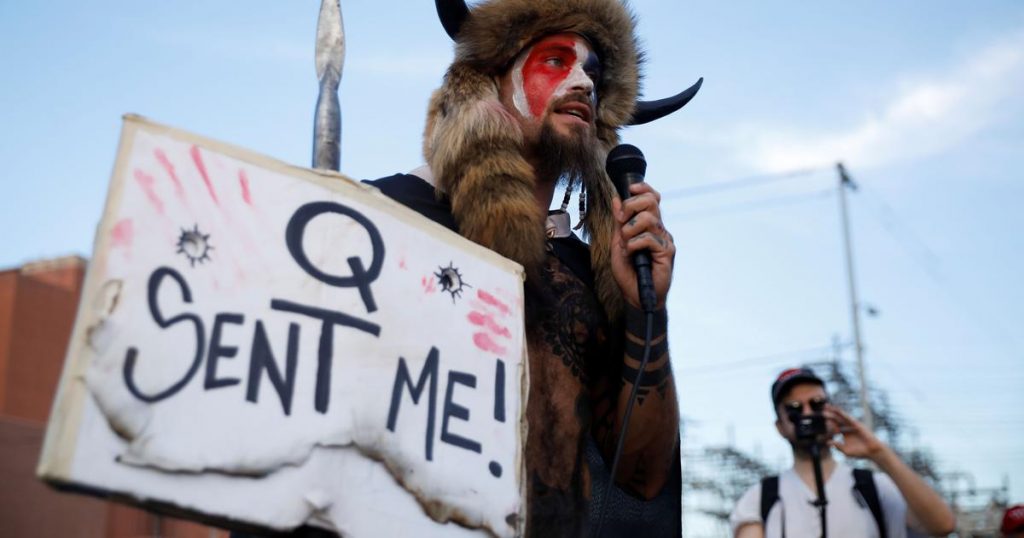 A shirtless man known as the ‘QAnon Shaman’ was one of the high-profile members of Trump supporters who invaded the US Capitol. Photo: Cheney Orr/Reuters

But a dangerous precedent has been set and it is possible that events have been put into motion that will have long term repercussions. The demolition of the Babri Mosque saw the BJP, with its incendiary and hateful Hindutva plan go from strength to strength—we can see the result now. The communal virus is in our system and spreading rapidly.

The Proud Boys may be tried and jailed but they will not be without support. Politicians in the US have seen that Trumpism has several electoral advantages. Schwarzenegger calls them “complicit”. A more efficient and smarter Trump may emerge in the coming years if the US does not take swift measures to bring perpetrators to justice and make structural changes to their system.

Also read: The Trump Coup D’Etat and Insurrection Was Long in the Making, And Will Continue

As Americans – and everyone else in the world – contemplates the horrific events of the past week, and absorbs the implication for their own nations, it will be worthwhile recalling what happened 80-plus years ago and what it led to. Germany, along with other European countries, went into a spiral of Fascism, which had repercussions throughout the world then and for decades beyond.

It is salutary to recall that the man who led this turn towards evil had been elected – he represented the will of his people. Donald Trump too was elected and while the institutions held, for four years, he managed to unleash havoc in the US. Other elected leaders are doing the same in their countries, where the institutions are caving in and the citizens are paying a heavy price.

Schwarzenegger’s video ends on a somewhat hopeful note, saying America and its democracy will come out stronger, “like a sword” which, after passing through fire and ice, becomes only better. But, by invoking Kristallnacht, he has served to remind his own country and everyone else, that the lessons of history are to be learnt, not to be forgotten.