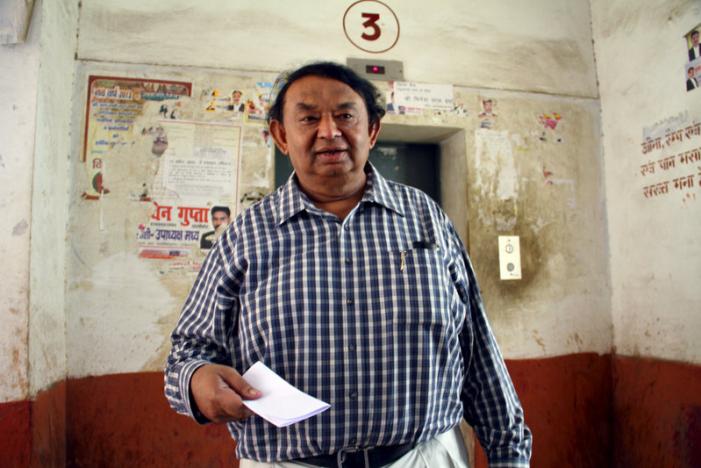 Ketan Desai, the former president of the Medical Council of India, walks after his hearing at a courthouse in Lucknow, India, June 27, 2015. Credit: Reuters/Pawan Kumar/Files

A WMA statement said that Dr. Ketan Desai gave his first speech as president as he took the office at the association’s annual summit in Taiwan. He will serve as president for the 2016-2017 period. He has previously headed the Indian Medical Association (IMA).

Desai has been facing allegations of corruption and conspiracy ever since he was first elected as future WMA president in 2009, Reuters reported. He has previously denied all the allegations against him.

WMA spokesman Nigel Duncan said the association had no comment on the pending cases against Desai.

In one case filed in Delhi in 2010, Desai was allegedly involved in a conspiracy to receive a bribe of Rs 20,00,000 from a private medical college in order to help the college get permission from the Medical Council to add more students. Desai was jailed in the case and his taking over as WMA president was suspended. The WMA lifted this suspension in 2013, after receiving assurances from the IMA. A Reuters investigation in July 2015 showed that the IMA has incorrectly told the WMA that the charges against Desai had been withdrawn.

Despite taking cognisance of the Reuters report, the WMA upheld its decision to appoint Desai as president.

The New Delhi case is still active but on hold pending an appeal at the Supreme Court, a CBI source told Reuters. The source added that Desai still had to appear before a district court judge during hearings.

Another conspiracy case against Desai was put on hold by a district court in Uttar Pradesh, until investigators obtain government permission to prosecute, Reuters reported.