Could Biden's Presidency Be a Pragmatic Game-Changer in US Foreign Policy?

Rather than playing too safe, the US president-elect has the opportunity to implement a 'pragmatic radicalism' and ditch US efforts to force the world to conform to its interests.

US president-elect Joe Biden at his transition headquarters in Wilmington, Delaware, US, December 4, 2020. Photo: Reuters/Leah Millis

If the rumours and outright statements from US president-elect Joe Biden’s own campaign staff are to be believed, it is likely that he won’t have the desire or stamina for a second term in the White House.

I, myself, think that’s probable, as do colleagues across the US foreign policy scholarly community, who regard Biden’s mentality going into the White House as if it’s his second term. That is, he may be going into office thinking about how to build and secure his historical legacy.

Should that be the case – and it would not be too far-fetched given that Biden is 78 years of age and on the road to completing a half-century in national and international politics, it might significantly change his political and personal calculus. He may be bolder in office than he might otherwise be – pragmatically more progressive or even radical in his results if not his choices of foreign and national security appointments. He has tasked them with “reimagining our national security for the unprecedented combination of crises at home and abroad”.

Reimagining – that sounds pretty promising. What a world and nation in crisis sorely needs.

But thus far, those appointments – which await ratification by the US Senate – don’t suggest radicalism. Rather, they suggest that the ‘US empire strikes back’ – the return of the east coast foreign policy establishment, liberally sprinkled with women and people of colour steeped in that very establishment and its war-like mentalities. If ‘people are policy’, then Biden has planted ‘Old Glory’ firmly in the interventionist politics of the post-Pearl Harbor and cold war liberal-militarist elite.

In addition, Biden might be the transitional president who believes he’s already attained his greatest achievement – toppling the hated and disruptive enemy of the people and, the increasingly-despised Washington foreign policy establishment (the ‘blob’). That could well be what history remembers Biden for – and it is in my opinion a worthy achievement to stop, or delay, the forward march of a enemy of democracy and divider-in-chief.

Winning 81 million votes – over 50% of all votes cast in a record-breaking election for voter turnout – should not be underestimated. It has drawn a red line in the US against the extreme right-authoritarian turn headed by Donald Trump, aided, abetted and appeased by the leadership of the Republican party. A party of the American state that has decided to throw in its lot behind a president a Cornell University study indicated is the biggest liar in the world.

Hence, it may well be a major worry that if Biden plays too safe, mainstream, ‘moderate’, and ‘conservative’, he may end up undermining the very historic achievement that he has already bagged, and pave the way for a return of Trump, or at least ‘Trumpism’ without Trump, in 2024. Restoring the very ‘normalcy’ that made Trump possible in the first place may not be a very attractive option or legacy.

The stage is set for Biden’s pragmatic radicalism

Against the prospects for a return to a flawed pre-Trumpian normalcy, is the deadly inheritance bequeathed to Biden that has killed around 275,000 Americans, spewed up 13 million cases in the country, increasing at a rate of more than 200,000 cases daily. The COVID-19 global pandemic has revealed a rather different, ugly face, of American exceptionalism – a country that has a mere 4% of the world’s population but 19% of its coronavirus deaths.

The world’s scientific superpower, its most powerful knowledge economy, has patently failed to manage anything resembling a fact-based expert-led scientific, let alone internationalist, approach to the deadliest global pandemic in a century.

But that is as much Biden’s opportunity as it is his Trump-inspired millstone: an emergency requires radical action beyond the bounds of normalcy. Biden has the chance to be that crisis leader – or ‘war’ president – of Rooseveltian proportions. The crises he’s inherited demand more radical state action at home, bucking the neoliberal Reaganesque ‘government-is-the-problem-not-the-solution’ model, much as in the UK case. 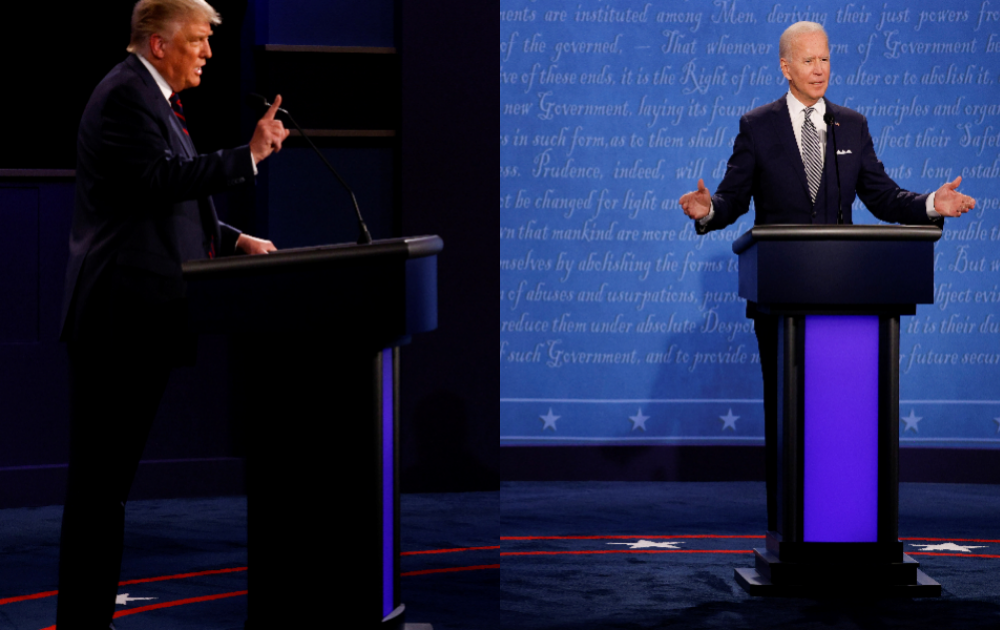 Will he be a pragmatic radical?

The pandemic may be paired with another deeper longer-term systemic crisis that also created the conditions for Trump – the American public’s gradual but definite disillusionment with unilateralism and US military interventionism, especially since the end of the Cold War. While this feeling is increasingly powerful among millennials – who have grown up with seemingly endless militarism and wars abroad, as well as frequent deadly mass killings at home – it conjoins long term declines in support of aggressive US foreign policy.

Biden is however both further to the Right of Democratic voters and a pragmatist when it comes to foreign wars. True, he not only backed the Iraq war of 2003, he also used his chairmanship of the Senate Foreign Relations Committee to thwart opponents of the war and promote the false case for an illegal war. Yet, he had run for the Senate in the 1970s in opposition to the Vietnam War, then opposed the Gulf War of 1991, challenged Obama’s military surge in Afghanistan, and the military overthrow of Libya’s Colonel Gaddafi in 2011.

And, helpfully, Trump has bequeathed a legacy that Biden could build upon, that has broad support among Republican voters as well: opposition to ‘forever’ wars. Indeed, the ending of such endless wars was on Trump’s and Biden’s party platforms in the 2020 elections – a telling indicator of US public opinion. That is to suggest that a strategy of ‘restraint’ has mass support, support from both parties’ voters, and Trumpian precedent. A rare moment of bipartisan agreement.

Also Read: What a Biden Administration Could Do – Or Not Do – for India’s Key Priorities

Biden’s national security adviser, Jake Sullivan, mired as he is in military-industrial complexities, was part of a Carnegie Endowment for International Peace task force that offers some promise of change. The report of September 2020 concluded that US foreign policy must not only be powered by diplomacy and multilateralism but must also be made with a view to strengthening the economic basis and aspirations of middle America – middle classes in general and in the de-industrialised mid-west.

The prevalence of the presidential executive order in foreign policy certainly opens the way to significant changes that could practicably shift America’s position and image in the world. Biden could use the fact of House and Senate War Powers resolutions on ending US support of the Saudi-led illegal war in Yemen; stop US arms sales to Saudi Arabia and the United Arab Emirates on the basis of that illegal war and humanitarian disaster in Yemen; lift sanctions on and rejoin the Iran nuclear agreement, and provide humanitarian aid to compensate the Iranian people for the disastrous Trump strategy of ‘maximum pressure’; promote South Korea’s peace moves on the peninsula and sign a peace treaty with North Korea; renew Obama’s New Start nuclear agreement with Russia and halt greater proliferation and a new arms race; normalise relations with Cuba; and freeze military spending. 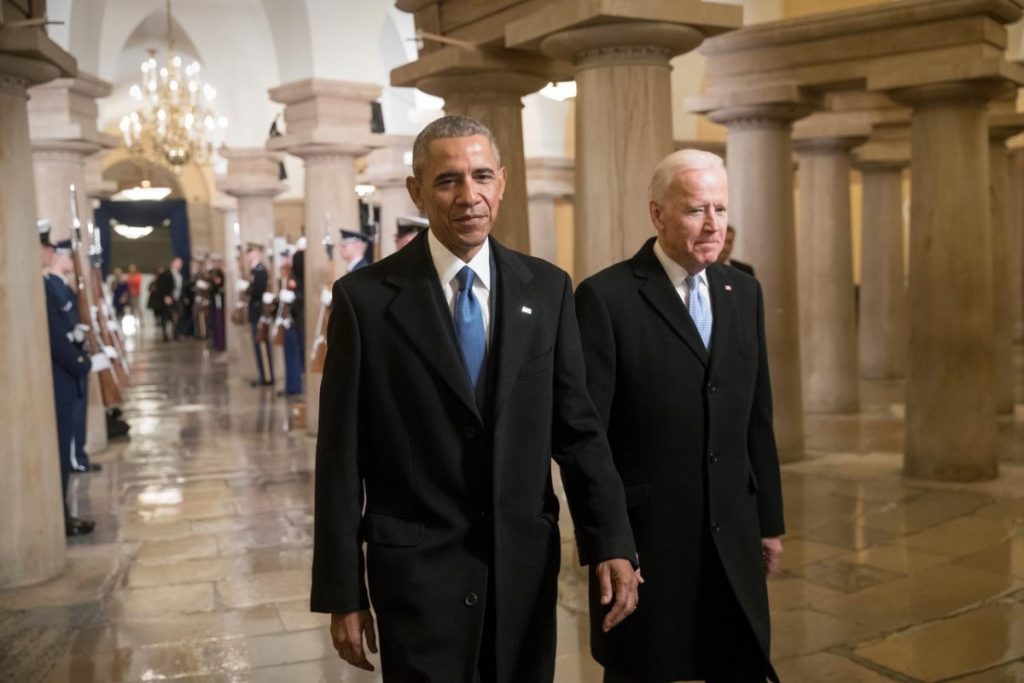 The pandemic at home, polarisation and division stoked by Trump and the GOP, the demand for strengthening the US economic base, and war-weariness among the broad mass of Americans – young and old, Republican and Democrat – opens the path for Biden to be more than a transitional president. It offers an opportunity to transition America to realising a hard but obvious cold truth – that it does not have the capacity, international authority, or united will, to force the world to conform to its interests.

No one really wants a world created in the grotesque image of Trump’s America. It hesitantly opens the door towards a new global order which in the short term might look more like a ‘messy multipolarity’ but in the longer run could lead to a new global compact that accommodates the facts on the ground – at home and abroad. That neither Americans nor the world wants an overbearing American imperial hegemony that ignores the basic fact of significant global power shifts, and the necessity of curbing the violent excesses of global inequality.

In true American fashion, it might happen pragmatically, and not by grand design, but that is Biden’s opportunity. It could become a grand legacy, even more historically-significant than defeating and consigning to the dustbin of history, the fascistic Donald Trump.