Erdogan's AK Party had not lost an election in IStanbul for nearly two decades before the March 31 vote, won narrowly by opposition candidate Erkrem Imamoglu before the High Election Board cancelled the result following AKP appeals. 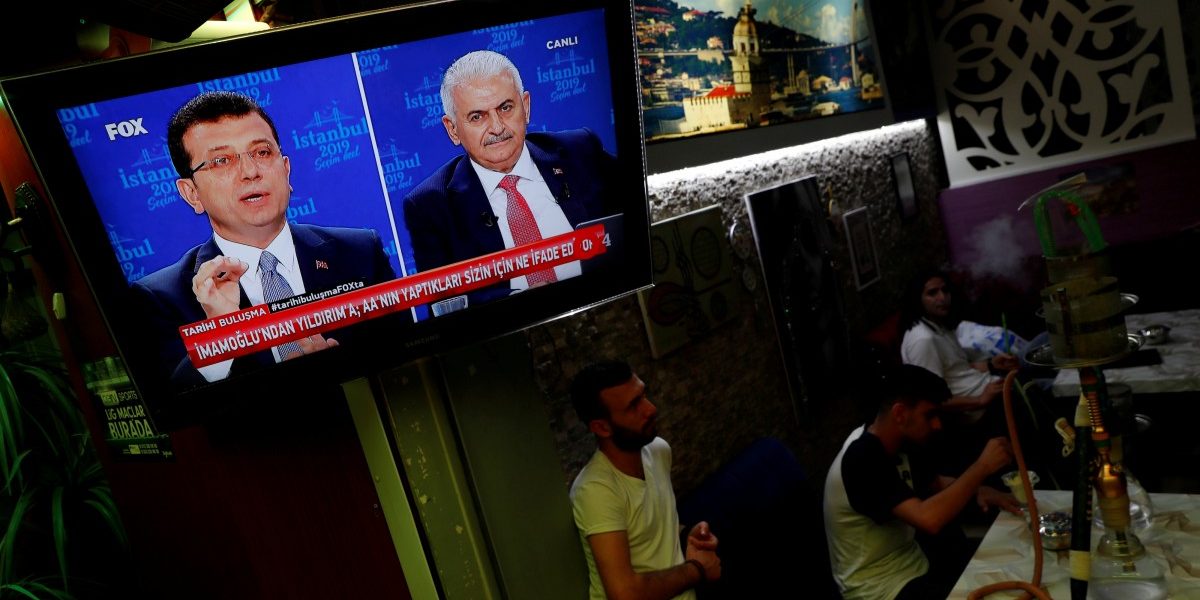 Istanbul: Voters in Istanbul will head back to the polls on Sunday to choose a mayor, after Turkey’s election authority scrapped the results of a March vote in which President Tayyip Erdogan’s ruling AK Party lost to the main opposition.

The rerun has ramifications far beyond city hall. Erdogan described the initial vote there and elsewhere in March as a “matter of survival” for Turkey.

Here are some of the reasons the vote is so significant.

Istanbul is Turkey’s largest city and commercial hub and where Erdogan, who has dominated Turkey for 16 years, began his rise to power, serving as the city’s mayor in the 1990s.

Erdogan’s AK Party (AKP) had not lost an election there for nearly two decades before the March 31 vote, won narrowly by opposition candidate Erkrem Imamoglu before the High Election Board cancelled the result on May 6 following AKP appeals. Polls suggest the rerun will bring another tight result.

Imamoglu, former mayor of Istanbul‘s Beylikduzu district, was little known across Turkey before he pulled off the upset win for the secularist Republican People’s Party (CHP).

Since then, his profile has risen throughout the country and beyond as a possible chief antagonist to Erdogan, who only three months ago appeared to have an unassailable grip on power.

During days of recounts after vote, which gave Imamoglu a lead of just 13,000 in a city of 16 million, fans in football stadiums chanted for him to be given the mayoral post.

Also read: Turkey’s Erdogan Isn’t as Strong as He Looks; That’s What Makes Him Dangerous

With his signature rimless eyeglasses and “Everything will be fine” slogan on billboards across Istanbul, he has avoided criticising Erdogan, focusing instead on local policy. But in the re-run campaign he has also targeted what he has called “the unjust and lawless” decision to annul the March vote.

His opponent, the AKP’s Binali Yildirim, 63, was a former Turkish prime minister and longtime transport minister under Erdogan who led the Islamist-rooted AKP from 2016-2017 and was handpicked by the president for the mayoral race.

Erdogan campaigned hard on his behalf, holding up to eight rallies each day before the March 31 vote, most of them broadcast live on several channels, asking voters to back the AKP “as a matter of survival” for Turkey.

Yildirim initially ran a low-key campaign but has now challenged voters to stand up against “those plotting games against our country”.

Last year Turkey’s economy tipped into recession after a currency crisis that, at its worst, halved the value of the lira and threatened to pull down the world’s other emerging markets.

After a partial recovery, the currency has slid again since just before the March election and is down 11% against the dollar so far this year. The decision to annul the mayoral vote and schedule the June re-run prompted one of the sharpest selloffs. The weakness has also hit Turkish stocks and bonds.

Investors have cited uncertainty over the outcome in Istanbul, as well as strained US-Turkish ties, declining central bank reserves, and a months-long trend of Turks snapping up foreign currencies, which has been met by a range of measures to shore up the lira.

A second CHP victory in Istanbul would transfer control over a city that accounts for a third of Turkish economic output and has a budget close to $4 billion.

Erdogan’s AK Party failed to win control of other large cities, including Ankara, in the March 31 local elections, even though the party had made an alliance with nationalists.

For Imamoglu, a second and definitive win could be the start of a fresh political career which could see him present a challenge to Erdogan.

In recent years there has been repeated media speculation that prominent AKP politicians might break away to establish a new political party. Some analysts say a defeat for the AK Party in the Istanbul rerun could speed up such preparations, although party officials deny there is any emerging split.

Erdogan had been expected to implement cabinet changes in response to the election setback, but those plans were put on hold after the re-run decision. A cabinet reshuffle may be back on the cards in case of an AKP defeat. 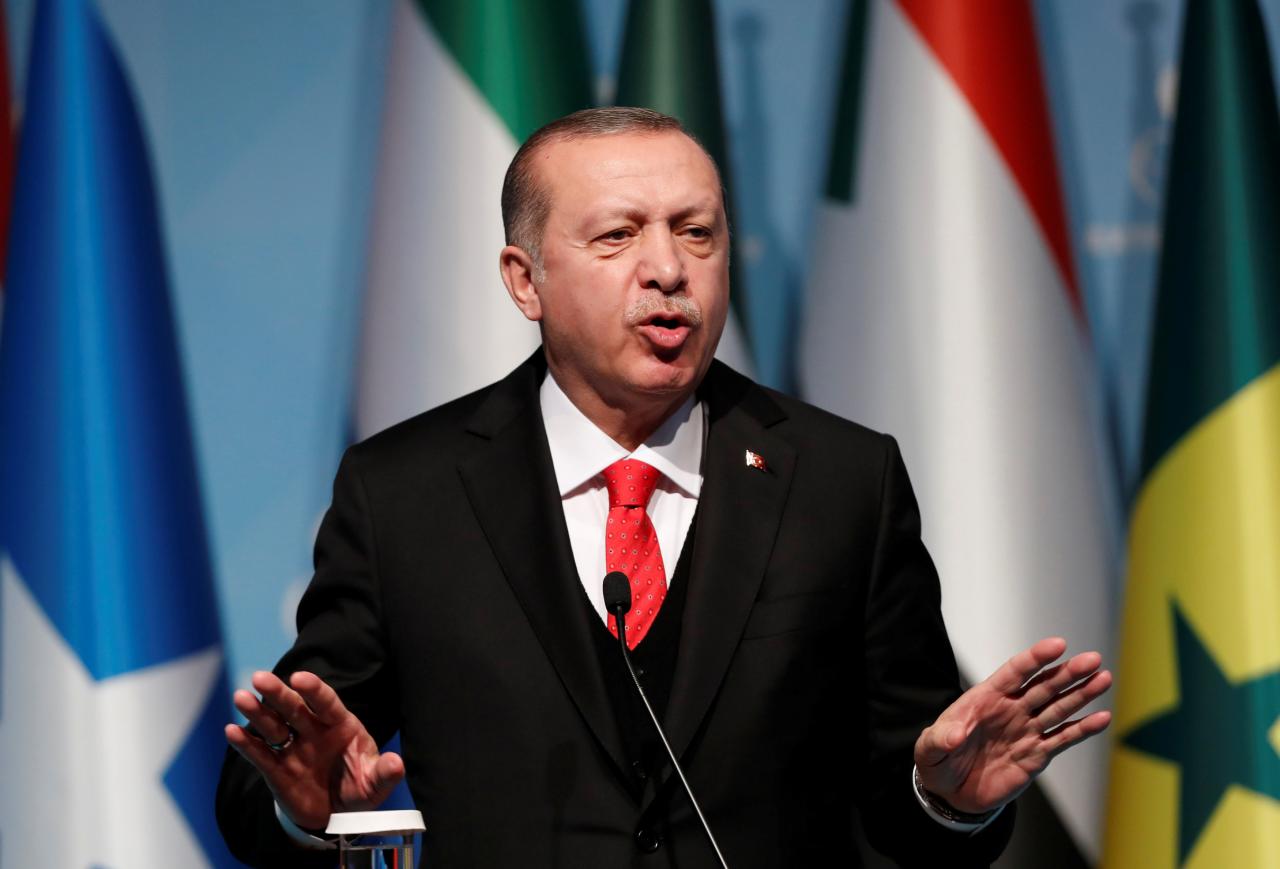 The result of the Istanbul mayoral election could have an indirect impact on Turkey’s foreign policy at a time when Ankara is locked in a diplomatic row with its key NATO ally Washington and under pressure from Moscow to intervene in northern Syria.

Turkey has been at loggerheads with the US for months over Ankara’s planned purchase of a Russian missile defence system, which Washington says is incompatible with NATO’s defence network and could compromise its F-35 fighter jets – an aircraft Turkey is also planning to buy.

The US is threatening to slap sanctions on Turkey unless it scraps the plan to buy the Russian S-400s. Erdogan has refused to back down and repeatedly said the missile system will be delivered in July.

While Ankara is hoping President Donald Trump will waive any sanctions, an electoral defeat in Istanbul could highlight discontent among voters over Erdogan’s policies and embolden any voices within his government critical of his uncompromising stance in the diplomatic row with Washington.

Turkey is also in talks with the US over the establishment of a safe zone across its border in northeastern areas of Syria, which has been torn by civil war for eight years. Moscow, which backs Syrian President Bashar al-Assad whom Ankara wants gone, is pressing Turkey to rein in the rebels.