40 Years After the Revolution, All Eyes Are on Iran Again

The expectations people had from the revolution have not been fulfilled. In fact, they are beginning to feel that after getting rid of a dictator after great sacrifices, another dictatorship is being foisted on them. Every person who sympathises with Iran wishes that the authorities there will refrain from the exploitative path of the Shah. Credit: Reuters

“There is no door
There is no road
There is no moon
Neither day
Nor sun
We are standing outside time
With a bitter dagger
Stuck in our spine
No one talks to anyone
For silence is speaking in a thousand tongues.”

On the evening of January 19, 1979, the last Shah of Iran, Mohammad Reza Pahlavi decided to heed the advice of Ahmad Shamlu – modern Iran’s greatest poet – and end the unspeakable silence he had engulfed his fellow countrymen in for about four decades and boarded a flight to Egypt. Just a few hours earlier, the dying Shah, in a remarkable bout of probity, had declared, ‘If America does not care whether an Islamic Republic or a Marxist state is established in Iran, then why should I draw my country into civil war.’ He did not have to wait long. On February 1, Imam Khomeini reached Tehran from Paris to a rapturous welcome of ten million people.

The Shah had enough armed men to crush the rebels. But the soldiers of the much-vaunted 400,000 strong army had no morale. Already there were incidents of their aloofness from the situation and desertion. It was part of the charm of the revolution that it had more legitimacy than the old Shah ever did. By the time Khomeini flew into Tehran on February 1, Iran was with him. The Shah had fled with the money. With him went the property owners and many highly-skilled professionals. In the final months leading up to the revolution, 100 people had sent more than a million dollars outside Iran. These hundred people had exported $100 million within three months. In the same period, the royal family had transferred $400 million in foreign banks. Iran was left with its debt and with the tentacles of multinational corporations dug deep into its entrails, especially the oil industry.

Khomeini’s forces had to pivot from a rebellion to building a state. Driven by the deep desire for equality albeit couched in the language of Shiite Islam, the new government used what social wealth was available to enhance human potential.

Nevertheless, disputes about what direction the revolution should take started soon after Khomeini consolidated power.

The US government did not directly try to oust Khomeini or attack Iran, but at the height of the confrontation between the progressive Islamists led by Abolhassan Bani-Sadr and the conservative faction, Saddam Hussein attacked Iran, green-lighted by Washington. That attack which morphed into a destructive and utterly pointless war between the two countries, led to the killing of some 3,500 people during the blockade of Tehran alone.

Also read: Between ‘Islamic’ and ‘Republic’, What’s Left of the Iranian Revolution?

However, despite an offer of truce from Hussein in 1982, the war raged on, and following a bloody stalemate, the revolutionary regime in Tehran survived. Khomeini died in 1989 at the age of 86, outliving that other great founder of one of the major revolutions of the 20th century, his contemporary Mao Zedong, by 13 years. The Iranian revolution also outlived millions of its naysayers. The US remains adamant to overthrow the Iranian government, despite the support of former President Barack Obama to the Iran nuclear deal at Lausanne. US President Donald Trump has openly called for regime change in Tehran – an early sign was his decision to withdraw from the Iranian nuclear deal, and something which Khomeini had pithily captured, soon after coming to power, as the US’s istikbar-e-jahani (global arrogance).

Over four decades, the US, or its allies like Wahhabi Saudi Arabia and Zionist Israel, have tried to undermine the will of the Iranian people. It continues to do so. 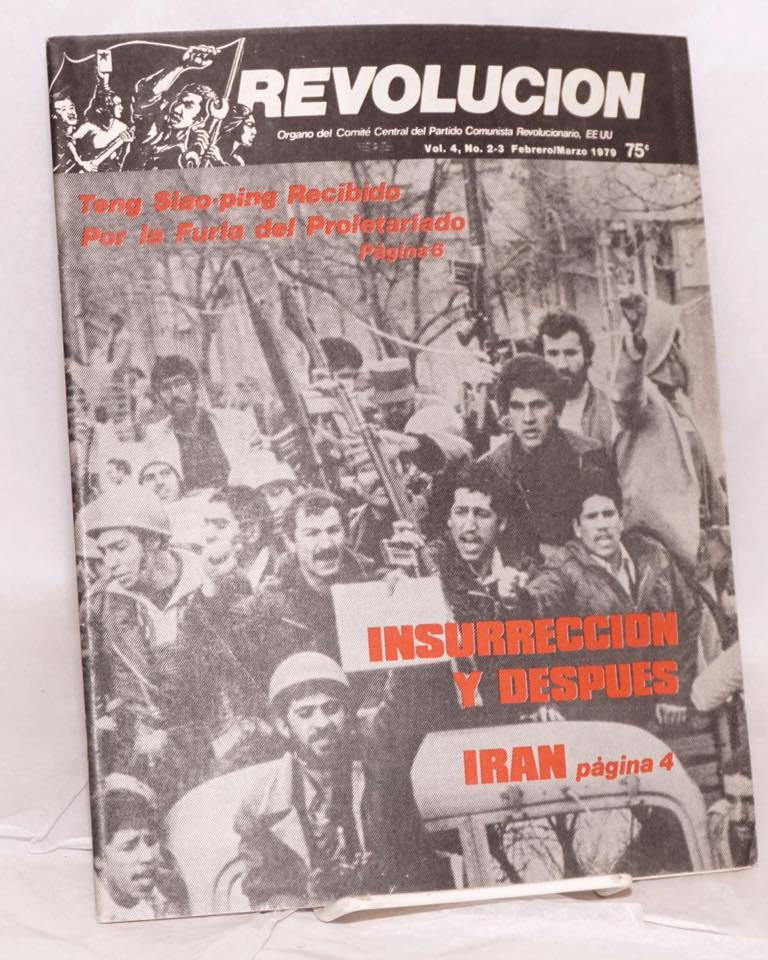 After Trump and the likes of John Bolton dispense with Venezuela, they might look at Iran. Though unable to provoke a military invasion, they will do everything possible to undermine the government and to create internal problems, including green-lighting Israel or Saudi Arabia – or both – to attack Iran, as happened in the case of the Iraqi invasion of Iran back in 1980.

Despite huge problems with democracy and human rights over the past 40 years, which coalesced together in the form of the Green Movement after a disputed presidential election in 2009 – the most serious challenge to the Iranian government since 1979 – the country has upheld its sovereignty through the revolutionary process. It has been able to withstand indirect assaults by the US, and its quest for nuclear weapons needs to be understood in that context. It is the only non-nuclear power in a neighbourhood armed to the teeth with nuclear weapons – Pakistan, India, China and Israel – with possibly Saudi Arabia and even Turkey in tow.

Khomeini and some of his early allies – like the unfortunate Ali Shariati, christened as the godfather of the revolution who was murdered by agents of the Shah two years before the revolution itself and whose ideas have been safely consigned to the dustbin; and Ayatollah Mahmoud Taleghani, Khomeini’s comrade, who was likened by the latter for his devotion to progressive Islam, to Abu Dhar al-Ghaffari, companion of Prophet Muhammad, and the great patron saint of Islamic socialists – had the correct attitude. It was infectious. One hopes it has infected the entire nation, whose destiny rests in its creative response – 40 years after the revolution – to the current crisis.

The Iranian Revolution is a great event of our present time. This revolution not only led to the end of an oppressive monarchy but was also a massive setback to the influence of imperialist powers and changed the balance of power in the Middle East. Then, as now, the eyes of the world are fixed on Iran to see which direction the revolution adopts there – whether democratic elements develop further and Iran moves forward or Mullahism strengthens its grip and the country moves backwards. Revolution is not a static phenomenon but a dynamic reality. Similarly, the leadership of a revolution too is not a personal property of anyone. Therefore the revolutionary leadership, however sacred and powerful it may be, cannot be tolerated by the people for long if it does not fulfil the objectives and demands of the revolution. The same is happening in Iran these days. The expectations which the people had from the revolution have not been fulfilled, in fact, they are beginning to feel that they had gotten rid of a dictator after great sacrifices and now another dictatorship is being foisted on them. It is true that democratic organisations have been rendered ineffective but no one can deprive the people of their democratic consciousness. Sooner or later, their verdict, their right will prevail.

Every person who sympathises with Iran wishes that the authorities there will refrain from the exploitative path of the Shah and will try to solve the basic problems of society with the support of their compatriots rather than spilling their blood. And if they are mistaken that they will forever bamboozle the people in the name of Islam, that day is not far when the brave and rebellious people of Iran will once again come out into the open to do jihad. Those days will be as worse for the mullahs as the days of January and February 1979 were for Reza Shah Pahlavi and his friends.

And as Shamlu exhorted his fellow countrymen in his poem Dar Razm Zindagi (The War-Song of Life), which has been called the war-song of the new Iran, and in which he called upon his compatriots to rise and participate in the struggle between life and death, existence and non-existence:

‘Below the arch of the sky and on the table-spread of the earth
In light and darkness
In being
And nothingness
Wherever fear, lust and extravagance lies hidden
Wherever death lies hidden
Wherever Man spends his days and nights in pain
Wherever one has to plead to the rebellion of fate
Wherever the direction of pain is towards Man
Wherever life demands struggle from the living
There the sword which has been made doubly sharp
With your strength and weakness
Draw it from the sheath’

Raza Naeem is a Pakistani social scientist, book critic and award-winning translator and dramatic reader currently based in Lahore. He is also the President of the Progressive Writers Association in Lahore. He can be reached at razanaeem@hotmail.com.