Interview With Iranian Artist Parastou Forouhar: ‘The Regime Is Anti-Women’

As protests continue in Iran following the murder of a young woman by the 'morality' police, Iranian dissident artist Parastou Forouhar is full of anger but has some optimism. 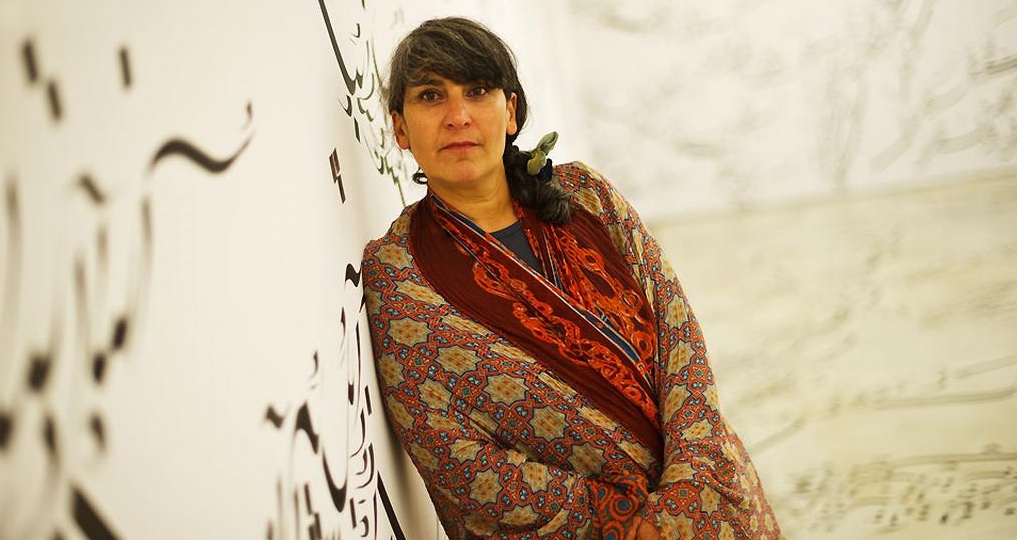 After 30 years in exile, the Iranian artist is still demanding women's rights in her homeland.

Mahsa Amini would have turned 23 on September 21. She was arrested for allegedly not wearing her hijab. How could she have died in police custody for such a minor offense?

It wasn’t even about the refusal to wear a hijab. It was just about Mahsa Amani allegedly not wearing it properly! And, because of that, she was mistreated and beaten up terribly.

And now there are the women taking to the streets, the many protests. Only now there is an absolute refusal to wear veils. The women are burning them. They are doing it in public. Some women have been shot in the last few days.

How does this make you feel?

It makes me totally angry, furiously angry. And also deeply sad that young people are exposed to such brutality and cannot escape this violence. It’s like a trap. This religious dictatorship is a set of rules that is a function of paternalism. Generation after generation of Iranians have tried to achieve self-determination but are failing because of this brutality.

Your parents were murdered for political reasons in 1998. What do you fear in the current situation?

I am very worried. Especially because I notice that certain Internet messaging services such as WhatsApp have been suspended by the regime. The idea is to create isolation so that no news gets out. Whenever something like this happens, the government plans even harsher repression, mass arrests, or shoots indiscriminately into the crowd.

On Wednesday, it started with arresting people not only at demonstrations, but also activists, known activists, who were not at demos, but in their homes. They were stormed by security forces. That was really very violent. There continues to be no news of these people.

British-Iranian actress Nazanin Boniadi stated that there was a revolution against women in 1979. What we see today is a revolution led by women, she said. So you agree?

I think that many people who participated in the revolution in 1979 did not think that it was a revolution against women. They took to the streets hoping for freedom, independence and justice. But they were overcome by religious forces. Despite civil society protests, they seized power. Boniadi’s statement is a contraction. But I believe that the regime is anti-women. It is a kind of apartheid system against women who are not supposed to have the same rights as men.

You have been living in exile in Germany for a long time. Do you return to Iran and what can you do to influence the situation in your homeland?

I try to go to Iran every year on the anniversary of the death of my parents, Parvaneh and Dariush Forouhar. Still, it is dangerous because I was sued in Iran and sentenced to six years in prison on probation. Nevertheless, I went again last year. For me, it is an act of resistance to maintain a culture of remembrance and to insist on justice. I’m also doing what I can to publicise what’s happening, to tell what’s happening, to support the people on the ground. What needs to change has to happen from within. But democratic countries can also support this movement in Iran.

How much hope do you have that the protests will turn out differently this time?

That’s a difficult question. Every time I get my hopes up because these people are taking to the streets so bravely. This human will, this vision through resistance to bring about a better life for themselves and society, inspires me. But the experience of repression runs deep. One constantly has images of the brutality in one’s mind.