What Does the Death of the Intermediate Nuclear Forces Treaty Mean?

An arms build-up, for now, looks inevitable as major nuclear possessors make the worst case assumptions of their adversaries and act accordingly.

Amid a series of allegations and counter-allegations of violations by the two members of the Intermediate Nuclear Forces (INF) treaty since 2014, the bilateral instrument was finally declared dead on August 2, 2019.

Concluded in 1988 and in force since 1991, the treaty had served the purpose of fostering strategic stability well by outlawing an entire class of missile systems. Missiles in the intermediate range of 500 km to 5,500 km were prohibited from being deployed on land, though not at sea.

By removing 850 American and 1,700 Soviet missiles, the treaty kept the European theatre free of the destabilising implications of this range of delivery systems. Other vectors of ranges less than 500 km were, of course, deployed but these were deemed battlefield weapons for military targets. Besides, land-based missiles with intercontinental ranges of more than 5,500 km were perceived as providers of deterrence stability.

Today, US and Russia have let #INFTreaty, the 1st to ban a whole category of nuclear weapons, collapse. We condemn this irresponsible & dangerous decision & urge all states to help end all nuclear weapons by joining the #NuclearBan Treaty. Full reaction: https://t.co/l4adf5g6Ic

With the end of the INF treaty, the two countries have already expressed a readiness to deploy the missiles of the once prohibited ranges. Both have been engaged in relevant research and development for many years now, in any case. In fact, there has been steady deterioration of the bilateral US-Russia relationship since the failure of an attempt at a reset, the subsequent Russian annexation of Crimea and the resultant imposition of sanctions by the West, and the more recent allegations of Russian interference in American elections.

All of this coalesced with INF treaty violation allegations to exacerbate the demise of the treaty.

This will, of course, have ramifications for the US and Russia’s political relationship. In fact, this will further harden the divide between the two nations and their positions on the modernisation of their nuclear capabilities.

Movement along these lines had become clear after the release of the US Nuclear Posture Review of 2018. This was soon followed by the State of Union address by President Vladimir Putin. Both leaders struck strident notes that indicated a readiness to develop new weapons systems to re-establish a degree of deterrence that was perceived to have been eroded by developments on the other side.

So the US highlighted an urgent need to fill the “credibility gap in low yield weapons”. This would defeat Russia’s ‘escalate to de-escalate’ strategy, it said. Russia, on the other hand, emphasised its resolve to build an “invincible arsenal” to defeat US ballistic missile defence.

? Look back at the origins of the #INFtreaty on our YouTube #NATOhistory channel ?️

?Click on the video for the full 1987 clip. pic.twitter.com/1mQ2K0ukGZ

In this politically vitiated environment, it was virtually impossible for the two sides to have had any meaningful conversation to address each other’s concerns on the INF treaty. It has, consequently, fallen by the wayside. However, it cannot be overlooked that the US decision to let that happen also had much to do with the emerging challenge of Chinese nuclear missiles that have been fast moving towards greater technological sophistication.

At the time that the INF treaty was concluded, China had not yet emerged as a major player. But during the decades since then, China has steadily progressed in its military (including nuclear) capabilities to amass a large number and variety of mid-range missiles. Driven by US capabilities such as missile defence and the possible use of strategic missiles with conventional warheads that were seen as eroding its own nuclear deterrence, China contends that its march towards a better and more survivable nuclear arsenal is only to stabilise a relationship that had been rendered off-balance.

The U.S. withdrawal from the INF Treaty today deals a great blow to nuclear arms control and global security, we are sleepwalking into a new arms race.

Therefore, its focus has been on increasing the accuracy, mobility, penetrability and reliability of its delivery vectors with the help of better space support capabilities. As many as 95% of all Chinese missiles are believed to be within the ranges of the INF treaty, a set of weaponry that the US and USSR/Russia had banned for themselves.

Not surprisingly, with growing capability, China’s behaviour too has turned far more assertive and it has not shied away from showcasing its anti-ship ballistic missiles. This could be to deter any interference with its plans for the region that falls within its demarcation of the first island chain.

Also read: Nuclear Goes Retro – With a Much Greener Outlook

China has also placed anti-ship cruise missiles of these ranges on the artificially constructed islands in the area.

These are clear signals to Washington. While the US had always had sea-deployed missiles of this range in the region, they did not have the attribute of persistence. With land-based deployments, the US plans to change the picture and offer its own deterrence against China’s possible offensive plans against Taiwan or in South China sea.

In the face of this reality, the US is sending two messages by getting out of the INF treaty. One of these, of course, is meant for Moscow. It indicates American intolerance when it comes to sticking with instruments that are being violated. Washington has now shown readiness to bear the risk of shedding even long-standing mechanisms if they no longer seem to address its security concerns.

The second signal is meant for Beijing. The US Nuclear Posture Review of 2018 has identified China as a nuclear adversary and echoed the sentiment that while the US had refrained from taking up nuclear modernisation owing to arms control instruments, ‘others’ had gone on to build new capabilities – Russia by violating existing arms control instruments and China by not being part of any.

The US has now stated the objective of crafting new arms control instruments that would better reflect current nuclear realities. Obviously, it is looking to rope China into such arrangements, which would prove to be useful for India. The problem, however, is that President Xi Jinping has indicated his lack of interest in any nuclear arms control treaty. His position remains that the two major nuclear possessors must first further reduce their nuclear armaments before expecting China’s participation. Therefore, if the US was hoping to turn the death of the INF treaty into an opportunity for giving birth to a new instrument, the task looks quite difficult now.

Should the demise of the INF treaty matter to India? There are, of course, no direct implications of this.

The treaty was a bilateral arrangement and it was incumbent on the two parties to live up to their commitments. If they have not, there is little that India can do about it. However, there are indirect ripples of this development that could well touch India’s shores.

For one, a politically vitiated relationship between US and Russia makes India’s own bilateral engagement with each country more difficult. American objections to India’s acquisition of the Russian S-400 air and missile defence system is just one such instance. The nature of their relationship also makes consensus or a united approach more problematic on matters of global security, such as the challenges of nuclear terrorism, the political situation in Syria, the nuclear developments in North Korea and Iran, and so on.

Secondly, the collapse of nuclear arms control removes what were largely seen as some foundational treaties, such as the Anti-Ballistic missile treaty and INF, from being examples or anchors for other nuclear dyads to follow. 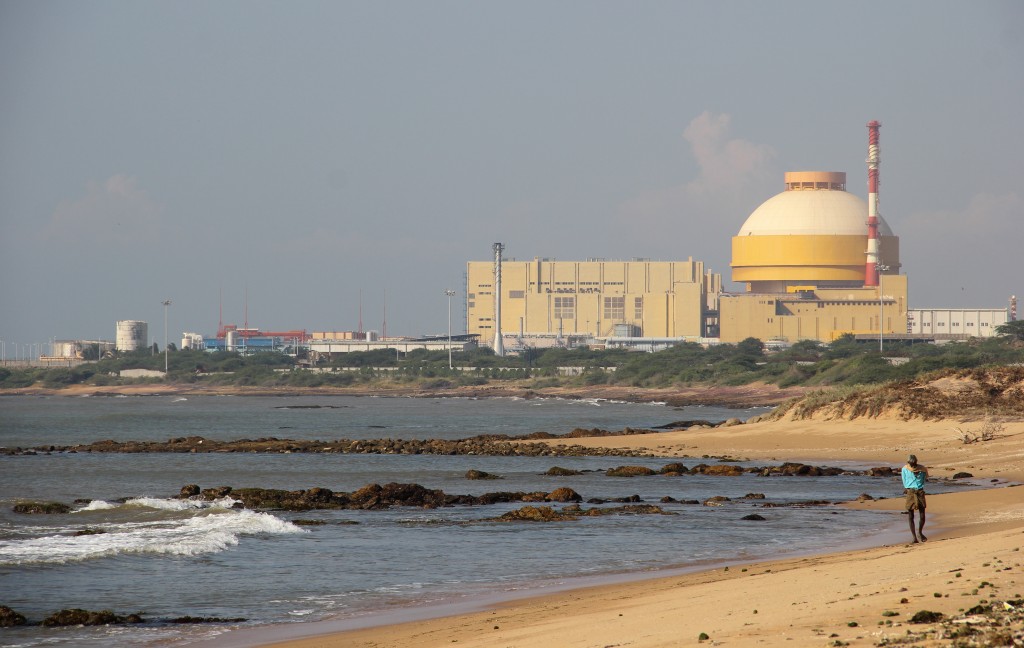 In the current world order inhabited by nine nuclear weapons possessors, each of whom is engaged in advancing its nuclear capabilities to fit their idea of credible deterrence, there are no operational arms control models to emulate, except the US-Russia New Start treaty, which too is at present under an ominously grey cloud. At a time when new technologies like cyber offensives, hypersonics, artificial intelligence and machine learning are fast emerging and there is no clarity on how these would intersect with nuclear deterrence, the lack of an arms control anchor could prove dangerous.

Thirdly, when nations get out of such arrangements, they leave behind a sense of heightened salience of nuclear weapons. Washington and Moscow seem to have voted in favour of new nuclear deployments over acceptance of controls on nuclear arms. With greater value being ascribed to nuclear weapons, proliferation yet again occupies centrestage.

An arms build-up, for now, looks inevitable as major nuclear possessors will make the worst case assumptions of their adversaries and act accordingly.

In conclusion then, the situation in 2019 appears to signal a nuclear world order (many are beginning to call it a disorder) in which nations are engaged in making exaggerated perceptions of each others’ capabilities and intentions. They helped along by liberal doses of hyper nationalism.

At the same time, one can see an unbridled growth of new technologies that look prone to creating an arms race instability and increased risk of stumbling into nuclear escalation. As of now, the situation looks gloomy and none of the nuclear weapon possessors have shown either the plans or the capacity to arrest the tide.

The end of the INF treaty has most likely heralded an era of growing salience of nuclear weapons. Will the world have to experience a nerve-racking crisis before the return of sanity?