India’s Stake in the Crisis in Venezuela

The Modi government has not endorsed the US's attempts to destabilise the Maduro government but it has not taken a principled stand on the question of external interference either. 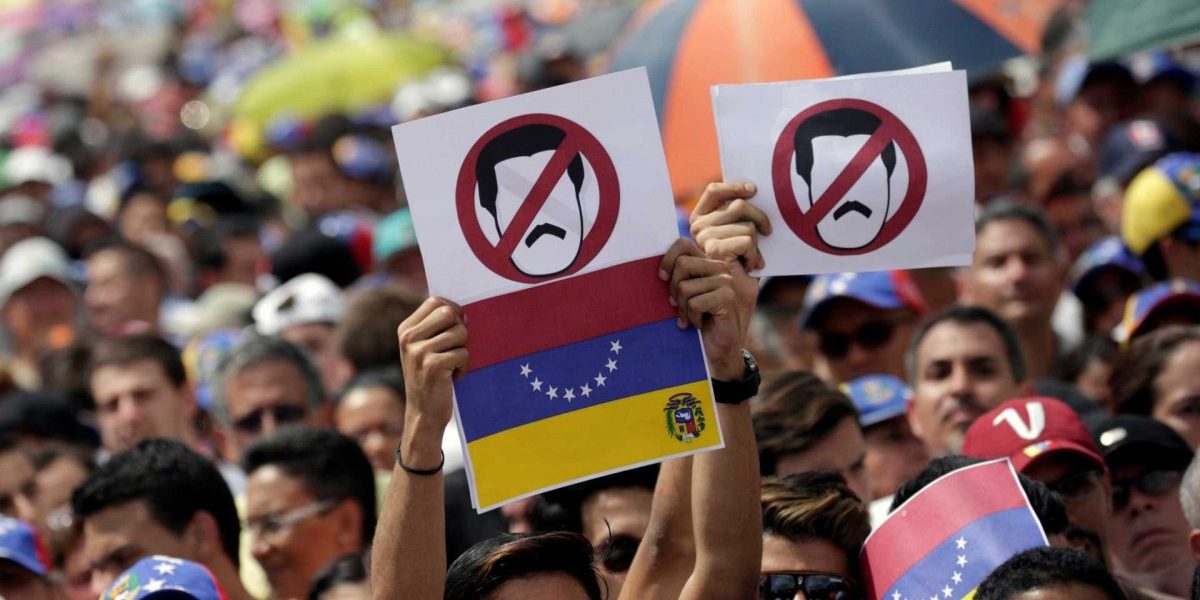 The Modi government has a choice: will it at least take a pragmatic stance on Venezuela, or does it only want to cosy up to Trump? Credit: Reuters

On January 23, at the urging of the Trump administration, a previously-obscure parliamentarian, Juan Guaido declared himself the interim president of Venezuela, challenging the government of President Nicolas Maduro, and plunging Venezuela into a deep political crisis.

Guaido is now backed by most Western and several right-wing Latin American governments, but progressive governments on the continent, including Mexico and Bolivia, have urged that Venezuelan sovereignty be respected. The world media’s coverage of this crisis has focused on Venezuela’s recent economic troubles. However, its true roots lie far deeper: Guaido’s attempted coup continues a 20-year-long effort by traditional Venezuelan elites and successive US governments to dismantle the popular movements that gained ascendancy with the election of Hugo Chavez in 1999.

Venezuela, at the time of Chavez’s election, was a sharply class-divided society. A small section of its population had cornered the benefits of the country’s oil wealth. In the capital, Caracas, this affluent section lived in areas that could have been part of Los Angeles. But most of the city’s population lived in geographically separated hillside “barrios”, or neighbourhoods, which belonged to a different world.

This was the world that provided Chavez’s base. He did not initially identify himself as a socialist, but privileged Venezuelans found even his mildly-redistributionist policies intolerable. This opposition also drew on the cultural and racial contempt that Venezuela’s largely-white elite had for its working classes. This attitude was exemplified by the newspaper El Nacional, which mocked Chavez for mobilising the “usual lumpen … bussing them in with their lump of bread and bottle of rum.”

In 2002, the Venezuelan opposition staged a coup d’etat that removed Chavez and installed the businessman Pedro Carmona as president. Carmona immediately received the backing of both the Bush administration and the US liberal establishment. The New York Times exulted, declaring, without a trace of irony, that “Venezuelan democracy is no longer threatened by a would-be dictator.” However, huge popular protests forced Carmona to flee and Chavez returned to the presidency within 48 hours. 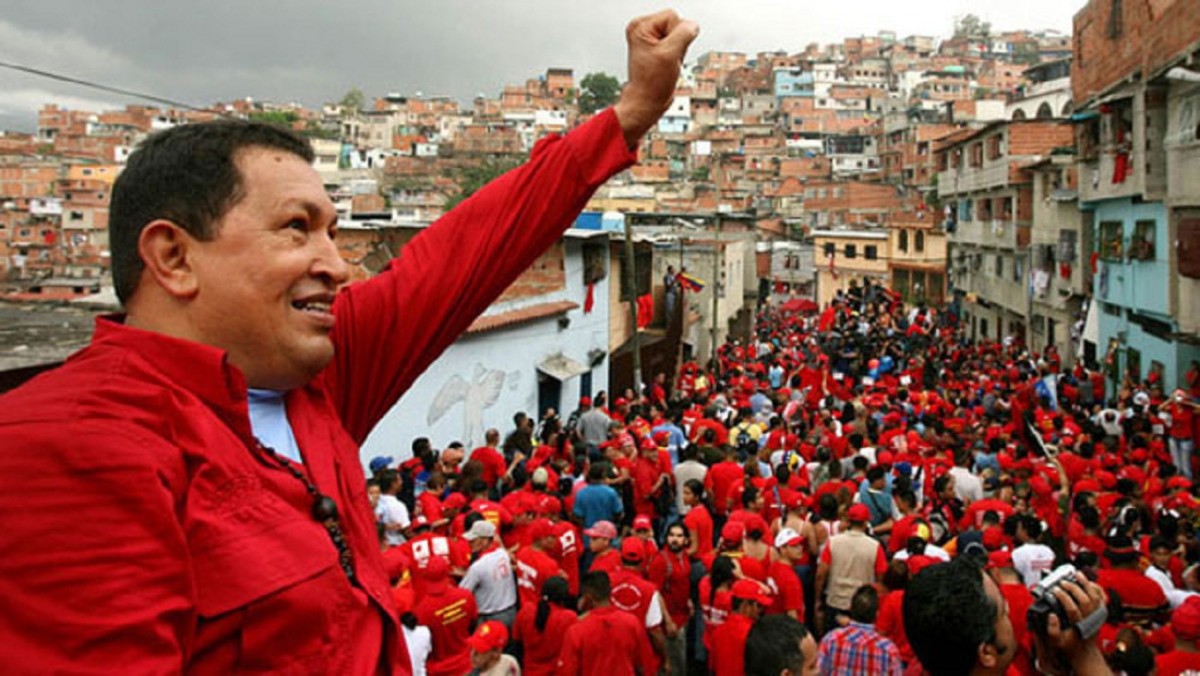 In a few months, Venezuelan business leaders launched a “lockout”, hoping to oust Chavez by precipitating an economic crisis. Although the lockout caused GDP to contract by more than 25%, the Chavez government eventually prevailed by wresting control of the oil sector in February 2003.

This marked the start of a period of remarkable social gains. By redirecting Venezuela’s oil revenues towards people’s needs, the government was able to cut poverty by more than half by 2009. At the same time, unemployment fell by 40%, and the Gini index, which measures inequality, fell from 48.1 to 41.

The Bolivarian missions, where popular movements partnered with the government, played a significant role in this process. “Mission Barrio Adentro” – launched with Cuban help – expanded access to healthcare by sending doctors into the barrios, and reduced infant mortality by 30%.   “Mission Robinson” imparted literacy to 1.5 million adult Venezuelans and the country was declared “illiteracy free” in 2005. By 2009, gross enrollment in higher education had doubled.

Also read: The US Has Again Put Latin America’s Sovereignty Under Threat

Politically, Chavez concluded in 2005 that it was imperative for the “Bolivarian revolution” in Venezuela to construct “21st century socialism”. This project had significant popular support, and Chavez repeatedly won national elections. Although the opposition alleged foul play after each defeat, international observers  – including those with no sympathy for Chavez  – certified the elections to be fair. Former US president Jimmy Carter even declared that the “election process in Venezuela [was] the best in the world”.

Nevertheless, Chavez failed to address several structural problems. Oil revenues constituted more than 90% of Venezuela’s exports, and the country remained dependent on imports for essential commodities, including food. To keep domestic prices in check, the government used public funds to provide foreign exchange to importers at subsidised rates. Wasteful domestic fuel subsidies – the price of petrol in Venezuela was only 1.3 US cents (Rs 1) a litre until 2013 – drained public finances.

Politically, the revolution was overly reliant on Chavez’s personal leadership and charisma, with no second-rung leaders of comparable stature. Although the movement’s stated aim was to decentralise political power, and turn over economic control of businesses to workers, this only happened to a very limited extent.

These structural weaknesses were evident to any engaged observer of the country. But the government’s difficult problem was to address them while dealing with an intransigent opposition and unrelenting US hostility. A withdrawal of fuel subsidies or a rise in prices of imported goods would immediately have been used by the opposition to denounce the government.

When Chavez died in 2013, multiple problems emerged to greet his successor, Maduro, with a political and an economic crisis. Global oil prices crashed from over $100 per barrel in 2011-13 to $30 per barrel in 2015.

This forced Venezuela, whose main source of income was oil exports, to reduce imports by 81% from 2012 to 2017, and led to an acute shortage of daily commodities. The foreign-exchange mechanism became an arbitrage opportunity: businessmen with access to dollars at the official exchange rate could sell them in the black market at huge profits. A loss of confidence in the domestic currency caused its value to collapse. Since imported commodities retained their price in dollars, inflation increased exponentially, crossing 60,000% in 2018, and causing an exodus of three million people. The US government chose this moment to institute sanctions designed to thwart Venezuela’s attempts at recovery. Barack Obama justified these measures through the farcical legal declaration, that Venezuela was an “unusual and extraordinary threat to the … United States.” So, when oil prices recovered in 2016, the Venezuelan government could not restructure its international debt, or finance increased oil production because of US pressure on international financial institutions.

Buoyed by these economic troubles, the Venezuelan opposition won its first national electoral victory in years and took control of the National Assembly in 2015.

Maduro, who lacks Chavez’s charisma and political acumen, turned to legal stratagems to deal with these political headwinds. The Venezuelan Supreme Court stayed the election of three opposition lawmakers on grounds of voting irregularities. The opposition, which had a slim “super-majority” in the assembly, ignored the court, leading to a constitutional crisis. In 2017, the opposition leader Henrique Capriles, whom Maduro had defeated in 2013, was disqualified from holding public office due to “administrative irregularities” he had committed as the governor of the province of Miranda.

These dubious legal manoeuvres gifted the opposition an opportunity to delegitimise the Maduro government. Its extreme sections boycotted the 2018 presidential elections, and when Capriles’ former campaign manager, Henri Falcon, announced his candidacy, the US government pressured him to withdraw. The lack of opposition-participation was later used by Guaido to claim that “Maduro’s … re-election was illegitimate”. In fact, the actual physical conduct of the elections was certified to be largely fair by several groups of independent electoral experts.

While the Maduro government’s legal manoeuvres stained Venezuela’s previous high standards of democratic participation, the use of courts in political battles is not unique to Venezuela. Brazilian president Jair Bolsonaro was elected last year after courts barred the participation of the pre-election favourite, Lula da Silva. The US Supreme Court played an important role in installing George W. Bush in 2000. So while the Venezuelan government deserves criticism for its actions, Maduro is no more “illegitimate” than Bush or Bolsonaro. 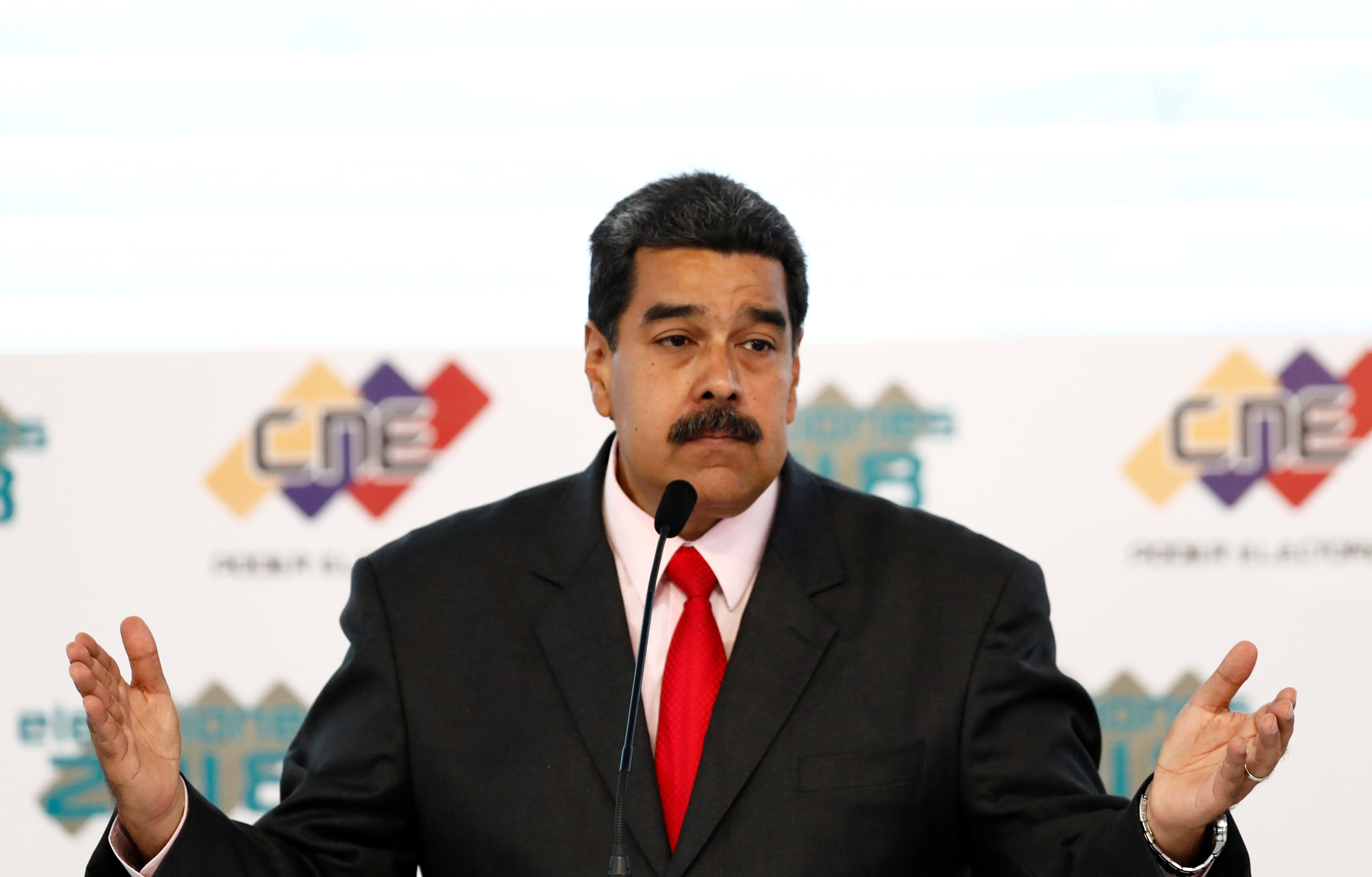 Role of the US

US policy towards Venezuela over the past two decades can be understood by recognising its dual aims. Washington’s preferred outcome is the establishment of a client-regime in Caracas. This explains the Trump administration’s choice of Guaido as a tool: as someone with no independent political base, he can be trusted to obey Washington’s dictates. However, failing that, the US government has been determined to, at least, prevent the emergence of a viable alternative to the neoliberal economic order, even if this involves large-scale destruction in Venezuela.

The most-recent US sanctions, which target Venezuelan oil sales in the US, will not benefit the opposition politically. However, by cutting off one of the government’s last remaining sources of revenue, the sanctions will exacerbate the food crisis and push Venezuela to the brink of civil war.

As Noam Chomsky notes, US objectives in Vietnam were similar. There, although it failed to establish its regime of choice, it succeeded in stopping the “virus of independent development” by destroying large parts of the country.

These ruthless policies unify the political establishment, both in Washington and in several European capitals. In support, the mainstream Western media has energetically propagated the fake narrative that Western pressure on Venezuela is about “democracy”. At a deeper level, the fact that this propaganda can be used yet again as a pretext for external intervention raises troubling questions about the hold that the idea of the “White Man’s burden” retains in North America and Western Europe.

The Indian government’s response to the Venezuelan crisis has been dishonourable. Although it has not recognised Guaido, it has failed to reaffirm the principles of sovereignty and non-interference
even though these remain stated objectives of India’s foreign policy.

While this is not surprising, there is a simple realist-reason for the Indian government to take a clear position on Venezuela.

India is one of the largest purchasers of Venezuelan oil, of which it imports about 300,000 barrels a day. The recent US sanctions have left Venezuela with significant surplus capacity. This provides India with an opportunity to increase Venezuelan oil imports, for which Venezuela has already agreed to accept Indian rupees. Such a payment-mechanism would allow the Indian government to reduce its external deficit without drawing down on foreign-exchange reserves. On the other hand, Venezuela could use rupees to purchase food and medicines from India.

This arrangement would displease Washington. Not only would it undermine US sanctions, but it would also pose a long-term threat to the domination of the dollar in the international oil trade. So, the Modi government has a choice: will it at least take a pragmatic stance on Venezuela, or does it only want to cosy up to Trump?

Suvrat Raju is a physicist with the International Centre for Theoretical Sciences (Bangalore). The views expressed are personal and do not reflect those of his institution.