Michelle Bachelet highlighted the condition of migrant women, who are among the economically vulnerable and impacted by the current situation. 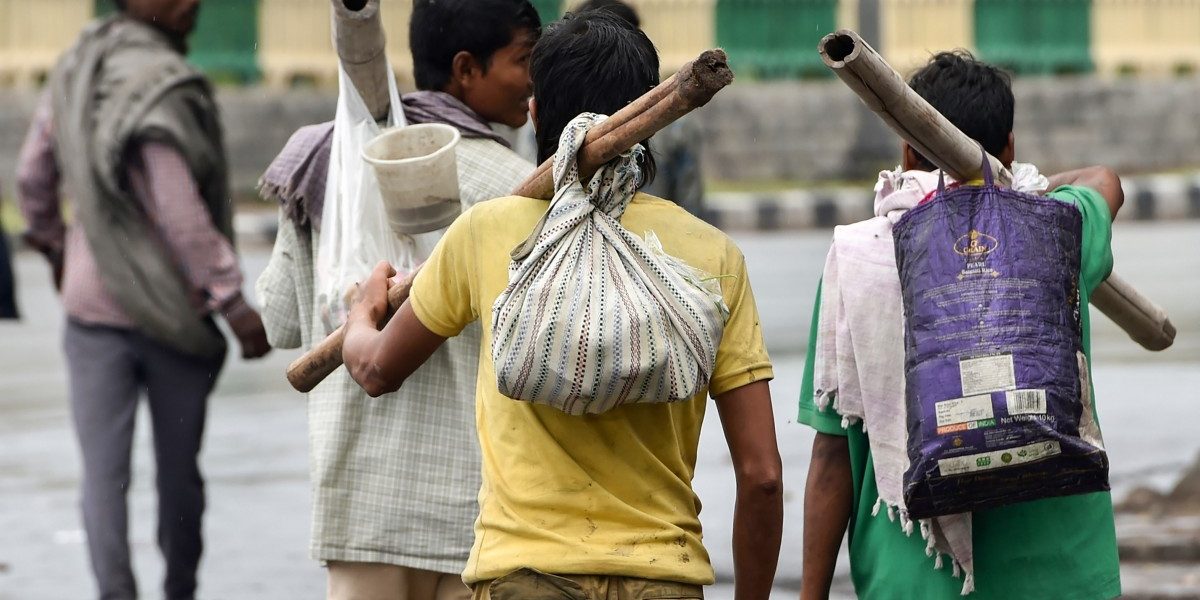 With no work during the lockdown, migrant workers in Delhi have decided to walk home. Photo: Manvender Vashisht/PTI

New Delhi: United Nations human rights chief Michelle Bachelet on Thursday expressed concern over the condition of migrant workers following the national lockdown imposed by Prime Minister Narendra Modi to combat the coronavirus. She also welcomed the Supreme Court’s subsequent order for mitigating the plight of migrants and urged the government to include civil society in its response to contain the spread of COVID-19.

In a statement, the UN high commissioner for human rights said while the lockdown is a “massive logistical and implementation challenge” for India, it was still important to ensure that measures to respond to the pandemic are “neither applied in a discriminatory manner nor exacerbate existing inequalities and vulnerabilities”.

Following the announcement of the lockdown, thousands of workers began to walk from the major metros to their homes, mainly located in the north Indian states of Uttar Pradesh and Bihar, as they were unable to pay rent and buy food as their jobs had dried up.

“Without the ability to sustain themselves in urban centres and in light of the almost complete shutdown of public transportation, hundreds of thousands of migrant men, women and children were forced to walk hundreds of kilometres trying to reach their villages and home states. Some have died making the journey,” said the OHCHR’s press note.

After the home ministry ordered for migrants to be intercepted and quarantined for two weeks, the Supreme Court also stepped in and instructed that there should be adequate food, accommodation and counselling in shelters.

The Supreme Court’s order and its implementation will go a long way to ensuring the safety and rights of these vulnerable migrants. Many of these people’s lives have been suddenly uprooted by the lockdown, placing them in very precarious situations,” said the UN human rights chief.

She also noted that government authorities have also taken other steps like distribution of food, pressing employers to pay wages and landlords to waive rents.

But, she said, even with all these significant efforts, “more needs to be done as the human tragedy continues to unfold before our eyes”. Bachelet highlighted the condition of migrant women, who are among the economically vulnerable and impacted by the current situation.

The UN human rights chief also expressed concern about reports of police officers beating people for breaking quarantine and dousing migrants with disinfectants. “We understand the strains on police services at this time, but officers must show restraint and abide by international standards on the use of force and humane treatment in their efforts to respond to this pandemic, in accordance with the Supreme Court’s instruction”.

Bachelet also expressed “regret” at measures that stigmatise sections of society by stamping hands and pasting bills outside homes of people who are being quarantined.

Stating that containing COVID-19 in a country of India’s size requires efforts of the government and the population, the UN high commissioner encouraged the Indian government to rope in the civil society.

“This is a time for domestic solidarity and unity. I encourage the Government to draw on India’s vibrant civil society to reach out to the most vulnerable sectors of society, to ensure no one is left behind in this time of crisis,” Bachelet said.