The landlocked Northeastern part of India suffers from development and democratic deficit, which not only affects the region but also India's 'Act East' Policy.

The liberalisation of the Indian economy in the early 1990s under prime minister Narasimha Rao was accompanied by a reevaluation of the country’s foreign policy. A renewed focus on Southeast Asia was a major outcome of this reevaluation and it became known as ‘Look East Policy’ (LEP), which was later rechristened as ‘Act East Policy’.

While overland access to Southeast Asia and economic integration with the region were key elements of the LEP, the resolution of armed insurgencies in Northeast India was seen by the Rao government as a prerequisite of the policy’s success. Three decades later, the LEP can only claim modest success.

India’s inability to join the Regional Comprehensive Economic Partnership (RCEP) illustrates the limits to economic engagement. The more modest attempt to secure overland access through Myanmar, which is both an instrument and a major goal of the LEP, has not succeeded either.

India cannot afford to shut itself out of a region that is key to maintaining the balance of power in the Indian Ocean and is going to be central to the recovery of the pandemic-hit global economy.

India’s 1600-kilometre long border with Myanmar has not meant greater connectivity because of the difficult terrain and, more importantly, poor infrastructure.

The ability to plug the infrastructural gap depends on how well India addresses the intertwined development and democracy deficits in the Northeast.

While the hill states of the Northeast are well-connected with the region’s largest state Assam, in most cases, they are poorly connected with each other. Traffic between Nagaland and Manipur, the only pair of hill states that are connected by good quality roads, has been uneven because of the ethnic conflict between the hills and the valley of Manipur.

In some of the hill states, it is still more convenient to travel from one part to another via Assam. However, even the road network connecting Assam and the hill states is unreliable because of longstanding interstate border disputes that often trigger road blockades. Recent flare-ups on Assam-Mizoram and Assam-Nagaland borders are cases in point.

The inability of most states in the region to plug persistent gaps in infrastructure is part of a larger development deficit. Their economies are constrained by ‘landlockedness’, difficult terrain, dense forest cover, a lack of physical connectivity, and longstanding insurgencies.

Geography not only hinders the developmental efforts of the state but also obstructs the ability of people to access education and healthcare facilities, and markets. It also limits the scale and profitability of local entrepreneurial ventures that are anyway hamstrung by extortionist insurgencies. As a result, the local economy is unable to generate enough surpluses to finance infrastructure. 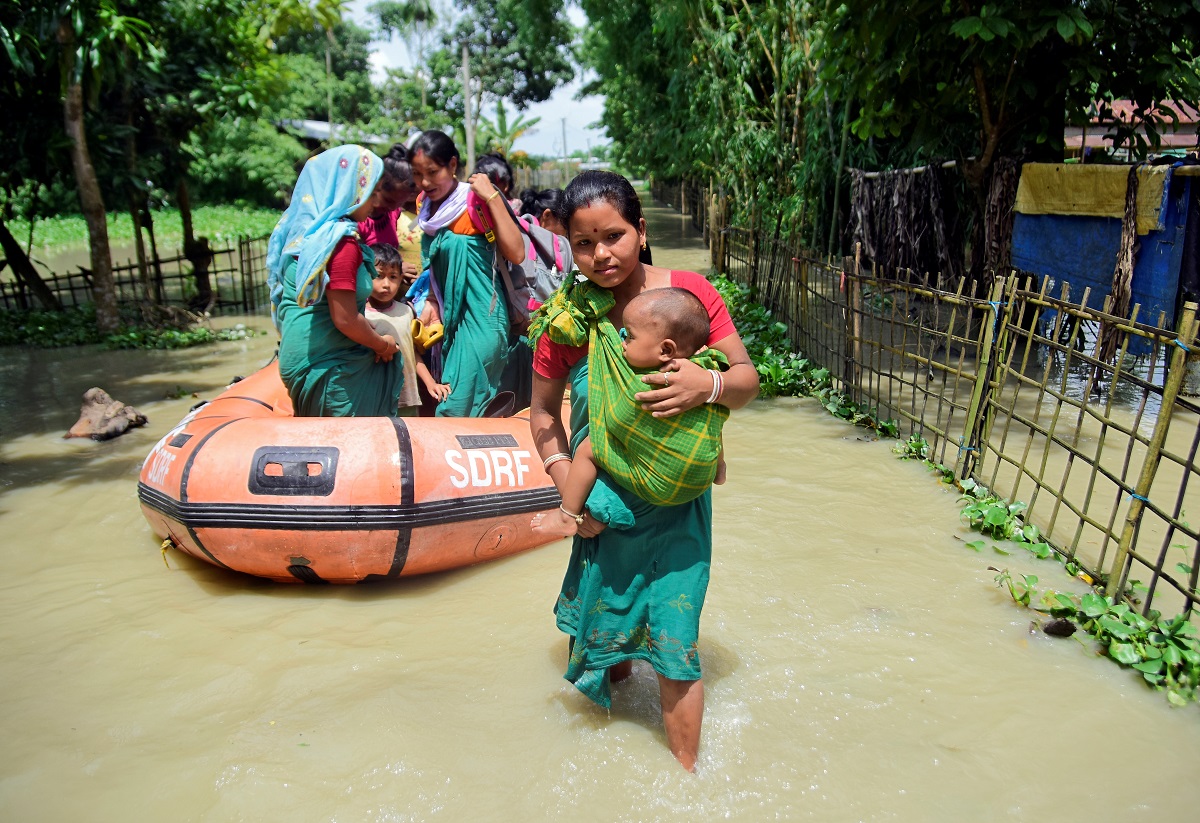 Flood-affected people arrive at a relief camp after they were evacuated from a flooded area at a village in Barpeta district of the northeastern state of Assam, India, July 25, 2019. Photo: Reuters/Anuwar Hazarika.

Thirdly, the union government supports these revenue deficit states through federal transfers. Decades of preferential treatment has, however, failed to overcome the development deficit.

The union government’s top-down approach to development that prioritises investments in physical infrastructure while relaxing standards of accountability on account of insurgency has fueled massive corruption in the public sector, which has weakened the economies of these states at many levels.

Also read: Reimagining a Developmental Vision for the Northeast

Thirdly, the lack of accountability has allowed the politician-bureaucrat-insurgent nexus to loot the exchequer with impunity that has curtailed expenditure on development and infrastructure.

The tax base of border states remains small, but the lack of opportunities outside the public sector forces the state governments to continuously expand public employment that further reduces their ability to build infrastructure and deepens their dependence on federal transfers. Yet, despite massive overstaffing, the growth of public employment has not kept up with the burgeoning ranks of unemployed college graduates.

With the private sector crowded out of the economy by a bloated public sector and stifled by insurgency and infrastructural bottlenecks, capturing the public pie through favourable delimitation of electoral constituencies, demarcation of administrative units and distribution of affirmative action and social welfare benefits becomes an attractive “economic” activity.

People turn to ethno-statistical entrepreneurship to fix numbers and boundaries used for the distribution of government resources based on reported population and measured socio-economic disadvantage, but this undermines the provision of public goods including infrastructure. 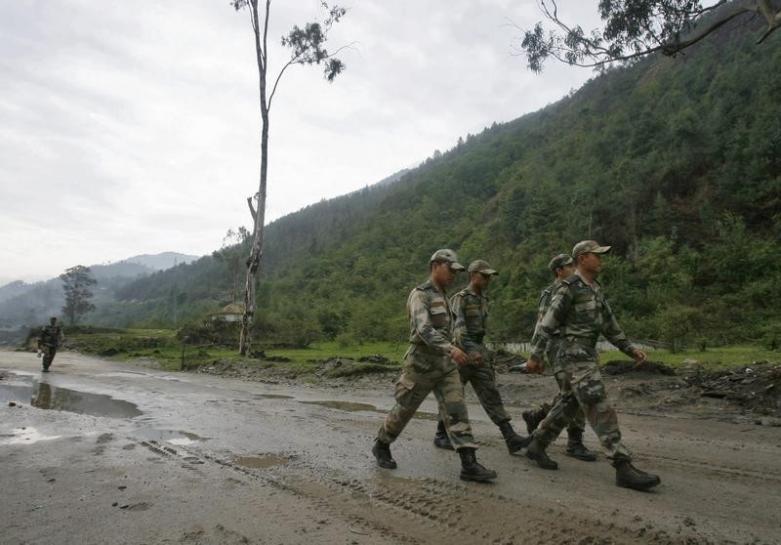 The democracy deficit in turn feeds back into development deficit because policies made by institutions that do not enjoy the trust of the people are deficient in both inputs from all sections of the society as well as legitimacy.

Infrastructural projects imposed from above are routinely stalled by popular protests. As a result of the intertwined nature of development and democracy deficits in the Northeast, New Delhi cannot fill in the infrastructural gap along the Myanmar border by simply pumping in more money. A similar explanation holds good for Myanmar’s inability to address even more serious problems on its side of the restive border.

Also read: How the BJP Set the Agenda for Its Ambitious ‘Look Northeast’ Policy

The government should, instead, attend to the twin deficits mentioned above. As a first step, the Naga political conflict that spans four states, including three on the Myanmar border, must be transparently resolved.

The government must place the records of the more than 100 rounds of deliberations held until now in the parliament and then take the peace process with the NSCN-IM and the Naga National Political Groups to its logical conclusion in a timebound manner accommodating all stakeholders, at least, as formal observers.

Further, the union government should take initiative to resolve interstate border disputes between Assam and the hill states instead of leaving them to the Supreme Court.

To begin with, the economic dimension of these emotionally surcharged conflicts can be addressed by developing the border areas as jointly owned economic zones along the lines suggested by the S.P. Shukla Commission in the late 1990s.

Not coincidentally, the Shukla Commission was appointed by prime minister H.D. Deve Gowda who took the parliament into confidence and formalised the hitherto secretive Naga peace process that was started by his predecessor Narasimha Rao.