In Brazil, a Requiem for Democracy

The Brazilian democratic system has become so unbalanced that it has bifurcated, where any act or political omission can just as well rescue or sink it. 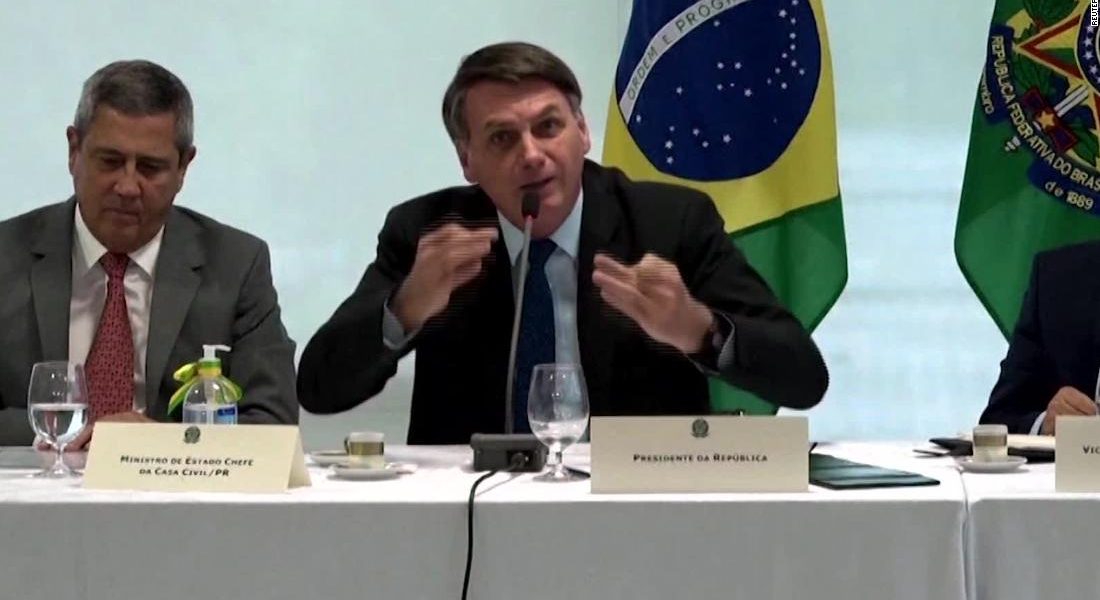 Video grab of Brazil President Jair Bolsonaro at a cabinet meeting on April 22, 2020. 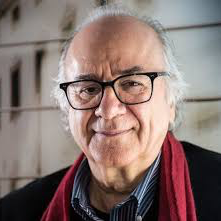 Once again, after so many other times, Brazil’s wealthy would rather run the risk of descending into dictatorship (if that’s not what they wanted to begin with) rather than have the lower classes express their aspiration to be included in the nation, which the wealthy have always conceived of as their own personal property.

Reading the transcript of Brazil’s April 22, 2020, council of ministers meeting is a painful, frightening and shocking experience. The fact that this video was made public and transcribed is an eloquent sign that democracy is still alive.

It happened as a result of former minister Sergio Moro’s accusation that the president tried to interfere with the Rio de Janeiro Federal Police investigation into one of his sons for serious criminal conduct. By ordering the release of the video, Celso de Mello, minister of the Federal Supreme Tribunal (STF), inscribed his name in the golden book of the brief and tortuous history of Brazilian democracy. Let’s hope that this promising sign he has given us has the potential to awaken democratic forces on the left and the right –  a wake-up call from a deep and restless sleep composed of historical ignorance and myopic vanity, a sleep that lets them dream of electoral calculations without realising how frivolous that is when their own democracy is hanging by a thread.

The fascists don’t even hide their intentions. The president makes a direct and unequivocal call for armed conflict. More than a call, it means that he is ready to arm civilians outside of the armed forces. And he’s doing it with the generals by his side! He is confessing to a high crime and a crime against national security, and nothing happens. Next to the vice-president is seated the fearless and foolhardy Sergio Moro, then minister of justice, the man most responsible for the destruction of institutionalised democracy, who has always relied upon the complicity of the wealthy and their media. The president’s announcement is not only met with complacent smiles by those listening, but various ministers do their best to release gutterfuls of hate and prejudice, besides other malice aforethought.

What you are about to read is so dreadful that it has to be read to be believed:

President: “They’re always fucking trying to get to me, messing with my family. I already tried to change our security people officially and I couldn’t do it. This ends now. I’m not going to wait until they fuck with my family or my friends because I can’t replace someone from security at the end of the line – that belongs to our administration. They’re going to be replaced. And if they can’t be replaced, then replace their chief. And if you can’t replace their chief, then replace the minister. End of story… Minister of Justice and Minister of Defence, I want the people to arm themselves! To make sure that some son of a bitch doesn’t come along and impose another dictatorship! It’s so easy to impose a dictatorship! Some crappy mayor makes some crappy decree, and everyone is locked up at home. If they were armed, they’d be out on the street. And if I were a dictator, huh? I would want to disarm the populace, as they all did in the past whenever they wanted before imposing their respective dictatorship. So what do we do, I ask Fernando and Moro to please sign this shit today so I can send a big fucking message! Why am I arming the people? Because I don’t want a dictatorship! It can’t go on anymore. Right? It can’t go on anymore.”

Minister of Education (Extreme Right): “Me, I was putting all these deadbeats in jail. Starting with the STF. And this is what kills me… We’re talking to the people we have to fight. We’re not being tough or against privileges enough, at the State level and that’s … I am really just here wide open, like you all know, and I get shot down … hate … I hate the communist pity party. They’re trying to turn the people into a colony. This country is not … I hate the term ‘indigenous peoples,’ I hate that term. Hate it. The ‘gypsy people’. There is only one people in this country. Take it or leave it. It’s the Brazilian people, there is only one people.”

Minister of the Environment (Macchiavelian Moment): “Because everything we do is just fodder for the judiciary a day later. So that’s why we need to join forces here at this time when it’s quiet in the media because they’re only talking about Covid, and run past the herd and change all the regulations and ease laws … Now is the time to join forces and ease regulations.”

Minister of Women, Family and Human Rights (Reactionary Evangelicism): “Now during the pandemic we’re seeing the clowns at the STF putting abortion again on the agenda, and then the question of … women who got zika virus are going to get abortions and now the coronavirus? So they want everybody who gets coronavirus to be able to get an abortion in Brazil? Legalize it for everyone? (to the Minister of Health) Your ministry, Minister, is full of feminists with a single agenda which is legalizing abortion … Because we received word that there would be criminal infection in Roraima and Amazônia on purpose in Indians, to wipe out villages and entire peoples and blame it on the president.”

Minister of the Economy (Vanity Fair): “I understand this completely, in detail, not just from hearing about it. From reading eight books about each of those reconstructions (Germany, Chile). Then I read Keynes, it’s … three times in the original before I got to Chicago. So for me, it’s not music, it’s not dogma, it’s not bla-bla-bla.”

None of this is new. As for what the president said, one only has to look back to after the 1932 elections when Hitler expressed the same thing, invoking the need for dictatorship in order to protect democracy from dictatorship. The meeting took place on the day Brazil was approaching 3,000 deaths due to the coronavirus. This was not mentioned, however. Or, even more perversely, the intent is to use the media’s preoccupation with the pandemic to advance the loss of rights, the casinos, the privatisation, the dismantling of the Amazon and the elimination of environmental restrictions. The Brazilian democratic system has become so unbalanced that it has bifurcated, where any act or political omission can just as well rescue or sink it.

Translated from the Portuguese original by Danica Jorden and republished from Latin America in Movement.