Despite continual threats, the media in Uganda continues to tackle controversial issues and break big stories of corruption and abuse of power. 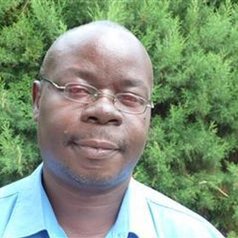 The world watched in outrage recently as Reuters photojournalist, James Akena, was clobbered by three soldiers on the streets of Uganda’s capital Kampala in full view of television cameras. Akena was covering the demonstrations for the release of Robert Kyagulanyi, a member of parliament and pop singer also known as Bobi Wine.

Yoweri Museveni, who has been the East African country’s president for the past 32 years, tried to explain away the attack. He said he’d been informed that it was a case of mistaken identity – Akena had been mistaken for a camera thief.

But for many in the media this was nothing new, as intimidation and violence is an almost daily threat. Uganda is now ranked 117th out of 180 countries in Reporters Without Borders’ 2018 World Press Freedom Index, five places lower than in 2017.

The press was a central target during the second Obote government between 1980-1985 and its military successor. Museveni’s rise to power in 1986 was met with relief. It’s almost quaint to think back to a time when Uganda, under a newly elected Museveni, was held as a paragon of African democracy with all the freedoms it entails.

The period of hope

In 1990 four years after Museveni came to power the country was still experiencing a new political dawn. A Danish-produced documentary (still available in the archives of Uganda Broadcasting corporation television), then investigating the depth of freedom of the press in Uganda, was clearly enthralled.

The narrator exclaimed that:

A free press in Africa, a rare thing in Africa.

Until the mid-1980s Uganda had been a political basket case. Mere differences of political opinion and free expression were deathly taboos. But the new political class that toppled the autocratic regimes of Obote and General Tito Okello announced the arrival of a new dawn.

As the then youthful Museveni was sworn in as the head of state on the steps of the parliamentary buildings in early 1986, he declared:

“This is not a mere change of the guard but a fundamental change.”

The Danish documentary featured one of the rising stars in the media firmament, then editor of the respected (now defunct) Weekly Topic, Charles Onyango Obbo. He spoke on camera about the trustworthiness of the new political class, because “many of them come from liberal backgrounds”.

In fact many of the new political class were in fact hardliners on the left.

Obbo’s editor-in-chief Wafula Oguttu was just as effusive about the future of a free press. He pointed out that it was guaranteed under the Ugandan constitution and it could not be desecrated.

But things started changing for the worse in the mid-1990s. This included the government shutting down media platforms, legal threats, the infiltration of newsrooms by security spies, thuggery, intimidation and withholding of advertising from institutions deemed to be critical of the government.

Also read: The Media Needs to Be More Responsible for How It Links Islam and Islamist Terrorism

As respected Ugandan radio host and media scholar, Samuel Kazibwe said, in addition to political pressure, economic pressure, an oppressive legal regime and even cultural or religious factors, the main censor has become,

“the political one because it even has the capacity to close a media house without following any legally laid down rules and procedures.”

Some notable examples stand out.

In 2009 four radio stations, including Kazibwe’s CBS radio were closed down for a year. Owned by the Buganda monarchy, the largest of Uganda’s four kingdoms, CBS radio had given full coverage of riots in Kampala and neighbouring towns following the central government’s restriction on Buganda’s prime minister travelling to a culturally contested part of the kingdom.

The government closed the station, alongside other stations, claiming that they were fanning insecurity in the country.

In 2013 the independent Daily Monitor was shut down for more than a week after publishing a letter alleging that Museveni was grooming his son to succeed him. Its sister radio stations KFM and Dembe Radio were also occupied by police and closed down.

Commercial threats are also used. Oguttu accused the government of deliberately denying their paper adverts right from its infancy in 1993.

And then there are the bribes. Research has highlighted censorship that takes the form of bribes – nicknamed “brown envelopes”. These are often doled out to journalists to write favourable stories and to ignore the controversial issues. Kazibwe says that there are incidences where these powerful organisations have arm twisted media organisations to sack certain journalists because they believe they are out to collapse their companies.

Fast forward to 2018. Despite Museveni’s flimsy excuse for the assault on the Reuters’ photographer – the reason was clear: It is part of an ongoing and systematic form of censorship designed to stifle freedom of the press in Uganda.

Despite all the threats and challenges, the media in Uganda continues to tackle controversial issues and break big stories of corruption and abuse of power. Nation TV’s On the Spot, NBS TV’s Frontline, Capital Radio’s Capital Gang, and Radio Simba’s Gasimbaganye ne Bannamawulire, as well as CBS Radio’s current Affairs programmes continue to court politically controversial topics. They host government critics and civil rights activists who openly speak out.

The president also allows press conferences where probing questions are asked which continue to at least afford a semblance of press freedom in the country in spite of the lurking iron fist.

This article was originally published on The Conversation. Read the original article