How ICE Enforcement Has Changed Under the Trump Administration

The Trump administration’s stated policy is to target virtually any unauthorised immigrant – regardless of their length of residence in the US or their social, economic and family ties to the US. 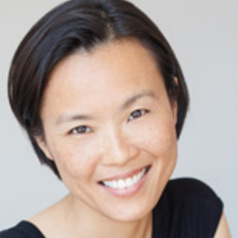 While these mass raids have yet to happen, the spectre of sweeping immigration raids have stoked fear among immigrants and mobilised immigrant rights advocates across the country.

Threats of mass raids in communities at large are representative of how the Trump administration has shifted the focus of immigration enforcement since the Obama administration, making changes that could have significant implications for US democracy and the rule of law.

I investigated patterns of interior enforcement under the Trump administration in a report published in July with the American Immigration Council’s Guillermo Cantor and the University of Southern California’s Reed Humphrey.

President Obama was criticised by some in the immigrant rights community as the “deporter-in-chief”, given the high number of removals during his administration relative to preceding administrations.

However, the Obama administration’s approach to immigration enforcement was organised by a clear, hierarchical set of priorities.

Enforcement focused on people who posed a threat to national security, as well as those immigrants with serious criminal convictions and who recently crossed the border. Unauthorised immigrants who did not fall within these categories were not a priority for enforcement action.

Also read: US Targets Families for Deportation to Discourage Migrants

President Trump overturned these enforcement priorities through executive order during his first week in office.

The Trump administration’s stated policy is to target virtually any unauthorised immigrant – regardless of their length of residence in the US or their social, economic and family ties to the US.

An increase in encounters, arrests and removals

Through a public records request of the Immigration and Customs Enforcement, we obtained data on 1,199,026 ICE encounters, 381,370 arrests and 650,944 removals that occurred between January 2016 and September 2018.

Given the possible seasonal fluctuations, we looked at the same months in consecutive years between 2016 and 2018. We found a consistent increase in the number of ICE encounters – interviews, screenings and determinations of individuals’ citizenship, nationality and lawful presence.

Between 2016 and 2017, there was a significant uptick in the monthly number of arrests. This leveled out and remained relatively stable in 2018.

Who is subject to enforcement?

Our report revealed two key changes in the population of people subject to enforcement in the interior of the country.

A defining characteristic of US citizenship is its guarantee that one cannot be deported from the country. Yet our findings in our immigration enforcement study suggest that some US citizens may be more vulnerable than others to violations of this basic legal guarantee.

Also read: Trump Wants to Make It Easier to Deport Immigrants Who Use Public Benefits

During the last year of the Obama administration, ICE interviewed and screened 5,940 US citizens about their legal right to stay in the country. In the first year after President Trump took office, 27,540 US citizens were subject to this process.

This sharp increase in the number of US citizens encountered by ICE raises important questions about whether certain US citizens who may “appear deportable” – likely people of colour – have become increasingly vulnerable to enforcement actions.

During the last part of the Obama administration, about 11.67% of those encountered by ICE were women, compared to more than 13% in the first part of the Trump administration. Underlying these percentages are thousands of female immigrants: 46,759 (Obama) versus 103,910 (Trump).

Many of these women subject to enforcement actions are likely to be mothers and primary caregivers to children. This means that family separation is a humanitarian problem not only at the US-Mexico border, but also inside the US.

These changes in enforcement patterns likely come at a high cost to US communities.

Studies have documented not only the enormous fiscal costs of maintaining the current enforcement system – the annual budget for ICE increased from US$6 billion to $7.6 billion between 2009 and 2019 – but also the vast social and economic costs of mass deportations to US society.

According to one estimate, mass deportation would reduce US GDP by $4.7 trillion over 10 years. US citizen children whose parents have been deported experience numerous emotional and behavioural challenges. Research indicates that raids and deportations make community members more fearful and mistrustful of public institutions, curtailing their civic engagement and crime reporting behaviour.

There is also the difficult-to-measure, but critically important, cost to democracy that policymakers and the public have yet to fully appreciate. My studies show that enforcement actions that are perceived by immigrants to be arbitrary, discriminatory or unjust breed governmental distrust and undercut their confidence in the legitimacy of the law and legal authorities.

Whether and to what extent mass raids will take place in the coming weeks remain to be seen, but I think that their implications for US democracy and the rule of law could be far-reaching.