The proposed law has triggered the biggest protests in the city since its British handover in 1997. 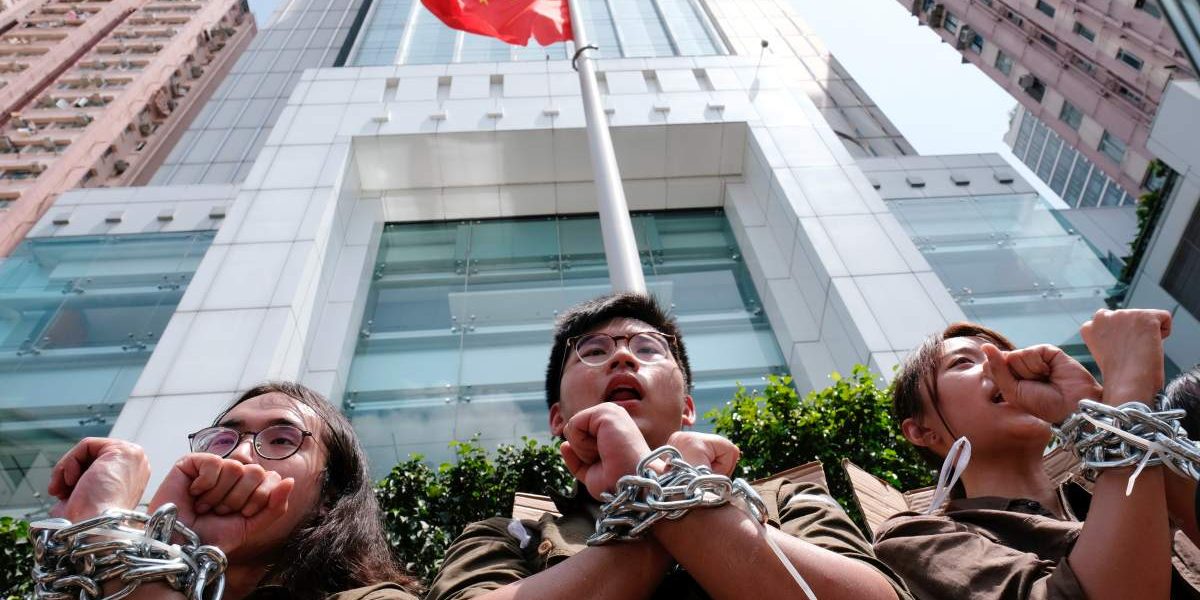 Students chain up themselves as they protest to demand authorities to scrap a proposed extradition bill with China, in Hong Kong, China June 8, 2019. Credit: Reuters/Tyrone Siu.

Hong Kong’s government announced on Saturday a delay to an unpopular extradition bill that has triggered the biggest protests in the Chinese city since its handover in 1997, several local media outlets reported.

City leader Carrie Lam addressed reporters at 3:00 pm local time following a meeting with pro-Beijing lawmakers, including some who have urged her to back down on the proposed law.

“We have to maintain law and order and restore calm as soon as possible. We should pause and think instead of resuming the second reading of the bill as scheduled in the legislative council,” Lam told a press conference on Saturday.

Lam said that the next steps would be decided in consultation with various parties, but added that there was “no intention” to set a deadline for the work.

The bill proposes a legal mechanism to allow the extradition of Hong Kong residents and Chinese or foreign nationals traveling through the city to mainland China. Hong Kong leader Lam argues that it prevents criminals from seeking to hide in the financial hub.

“We can’t be a refuge for fugitive offenders,” Lam said on Saturday.

But critics believe it would extend Beijing’s grip on the autonomous city, which is governed under a “one country, two systems” policy cemented during the British handover of Hong Kong in 1997.

Last Sunday, more than a million protesters took to the streets to call on the government to withdraw the proposed law, prompting a heavy-handed crackdown with police using tear gas and rubber bullets to disperse crowds.

Thousands of parents gathered on Friday to decry the violence against the predominantly young protesters. “My kids were also out there that day, and although I want them to be safe, want them to be at home, this is their home,” Y. Chan told Agence France-Presse news agency. “They are defending it.”