Hong Kong's Beijing-backed leader, Carrie Lam, later told a briefing she welcomed diverse opinion in the 70-seat legislature but the law had to be applied. 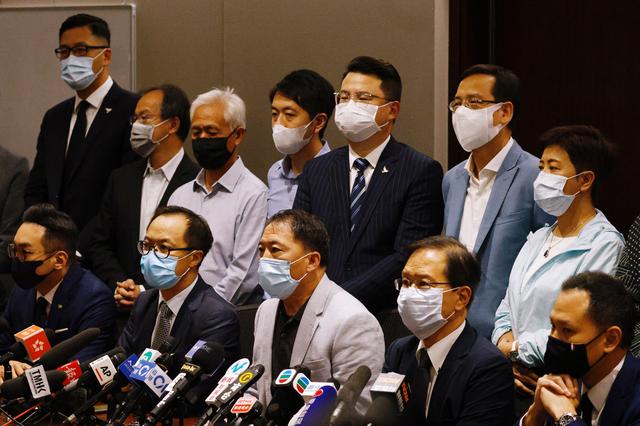 Just before the expulsions, China’s parliament adopted a resolution allowing the city’s executive to expel legislators deemed to be advocating Hong Kong independence, colluding with foreign forces or threatening national security by other means, without having to go through the courts.

The four assembly members had previously been disqualified from running for re-election as authorities deemed their pledge of allegiance to Hong Kong was not sincere.

Opposition members of the city assembly say they have tried to make a stand against what many people in the former British colony see as Beijing’s whittling away of freedoms, despite a promise of a high degree of autonomy.

“My mission as a legislator to fight for democracy and freedom cannot continue but I would certainly go along if Hong Kong people continue to fight for the core values of Hong Kong,” one of the disqualified assembly members, Kwok Ka-Ki, told reporters.

China denies curbing rights and freedoms in the global financial hub but authorities in Hong Kong and Beijing have moved swiftly to stifle dissent after anti-government protests flared in June last year and plunged the city into crisis.

The city government said in a statement the four legislators – Kwok, Alvin Yeung, Dennis Kwok and Kenneth Leung – were expelled from the assembly for endangering national security.

Hong Kong‘s Beijing-backed leader, Carrie Lam, later told a briefing she welcomed diverse opinion in the 70-seat legislature but the law had to be applied.

On Monday, the then 19 democratic members of the city legislature threatened to resign en masse if any of them was disqualified. 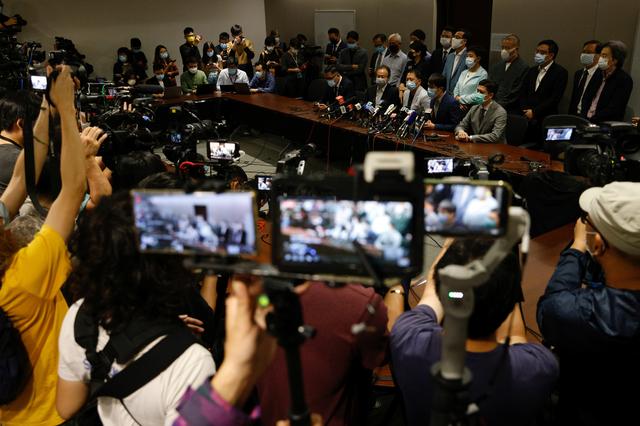 While the Legislative Council is controlled by a pro-Beijing camp, the resignations of its pro–democracy lawmakers would turn it into a rubber stamp, analysts say. Lam disputed that notion, saying even pro-establishment lawmakers disagree at times with government proposals.

Shortly after the disqualifications, China’s representative office in the city said Hong Kong had to be ruled by loyalists.

“The political rule that Hong Kong must be governed by patriots shall be firmly guarded,” the Liaison Office said in a statement.

The disqualifications are likely to add to concern in the West about Hong Kong‘s autonomy, promised under a “one country, two systems” formula when Britain handed it to China in 1997, as Joe Biden prepares to take over from Donald Trump as U.S. president, promising to promote democracy around the world.

Concern about Hong Kong‘s autonomy, which underpins its role as an international financial centre, has grown since June 30, when Beijing imposed sweeping national security legislation on the city, setting out punishment for anything China considers subversion, secessionism, terrorism and collusion with foreign forces with up to life in prison.

Since then, authorities have removed some pro–democracy books from libraries, banned certain songs and other activities in schools, declared some slogans illegal and raided the newsroom of an anti-government tabloid.

This month, eight other opposition politicians were arrested in connection with a meeting in the Legislative Council in May that descended into chaos.