As has been shown over the QE, China will issue threats to those who sail too close to the heavily armed islands that it has expanded in recent years, despite international protests, to the point where they control the area. 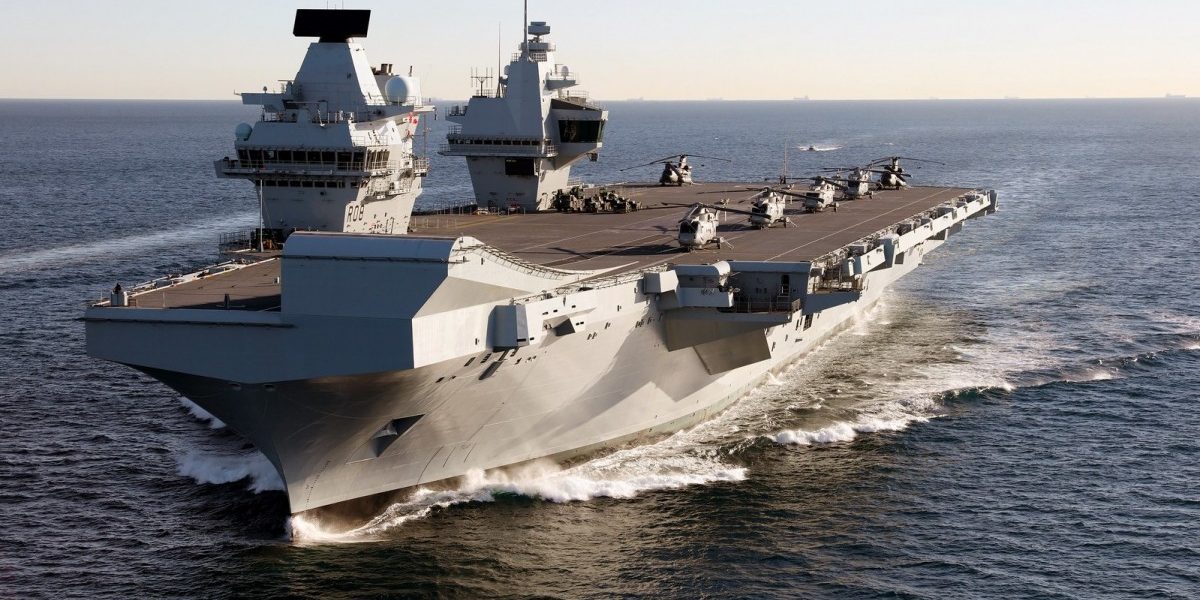 It was to have been a triumphal demonstration of Brexit Britain’s continuing global reach into Asia and the Pacific, with the proud new aircraft carrier HMS Queen Elizabeth showing that the UK can play an international role in challenging China’s widening power.

Heavily guarded by a US destroyer and a Dutch frigate and equipped with American F-35 air fighters, the three-billion-pound QE has however just sailed through the contested South China Sea, where Beijing claims extended territorial waters around newly developed islands that have become fully-fledged military and air bases.

There was apparently no major incident, despite high profile hype dating back three years about Britain establishing “freedom of navigation” rights. The Ministry of Defence and Royal Navy websites have had little update information and even Boris Johnson, the hubristic prime minister, has avoided hailing “Rule Britannia”.

The QE is of course doing worthy work “showing the flag” at a time when Boris Johnson has announced Britain’s post-Brexit “Asia Tilt”, which basically means negotiating trade deals to replace what has been lost from the European Union.

But the Royal Navy is much diminished after years of budget cuts. Ignominiously, one of its destroyers charged with protecting the QE on its 16,000 nautical mile voyage had engine problems early on and had to retreat to an Italian port for repairs (leaving only one of the navy’s six ships in its class actively afloat).

Then, just as the QE was approaching waters claimed by China, US defence secretary Lloyd Austin punctured Britain’s Asian ambitions, implying they were misplaced. He applauded the “historic” voyage but added, “Are there areas that the UK can be more helpful in other parts of the world?” With scarce resources the US and its allies should “work out the best way to share military burdens”, hinting that Britain’s best way was nearer home.

The Financial Times was the only media outlet to spot and highlight those words in the speech that was made by Austin in Singapore at an event sponsored by the London-based International Institute for Strategic Studies. The FT report brought tweets of protest from the IISS moderator, a former British staffer on the newspaper, who claimed this was not Austin’s main message and that no one else had spotted the remarks.

The line however looks sound and could well have been a warning to Johnson not to allow his Global Britain hype to lead to a clash that could not be won in an area virtually controlled by China.

The report has gained credibility with repeated mentions in The Times, The Guardian, the Hong Kong-based South China Morning Post and elsewhere, that would not have appeared without prior checking with US sources,.

Dominic Raab, Britain’s foreign secretary, tried on August 4 to re-set Britain’s case, saying that Austin’s remarks had been “over interpreted”. Raab talked about the UK’s diplomatic and other Asia Pacific roles working, for example, with Indonesia on counter-terrorism and Vietnam on anti-trafficking – bypassing the point that that such laudable work does not need an aircraft carrier protected by other nations’ ships.

The Observer newspaper, the Sunday version of the Guardian, ran an article of August 1 saying that “Sailing into imperial delusions is no way to run foreign policy”. It mocked defence secretary Ben Wallace for declaring the aim was to “fly the flag for Global Britain”.

China reacted angrily warning (in its Global Times mouthpiece) that the QE flotilla should “remain restrained and obey the rules”, adding that it was “likely to escalate attempts to expel the warships at any time.”

In August 2018, another British warship sparked a diplomatic row when it sailed intentionally too close to the Paracels and was tracked at close range by Chinese ships and aircraft. That was ordered by the then defence secretary, gaffe-prone Gavin Williamson (a Boris Johnson favourite and now a disastrous education secretary), who referred in a 2019 speech to the QE’s future freedom of navigation voyage. Britain, he said, would boost its post-Brexit global military standing and “enhance our lethality” in response to the threats posed by Russia and China.

Germany also seems to have had second thoughts about provoking China with a frigate that set out this week on a seven-month voyage that will include the South China Sea. Beijing asked Germany to define the ship’s purpose, exposing splits on the issue in Angela Merkel’s government, and withheld permission for it to call in at Shanghai.

India – which did exercises with the QE strike group in the Indian Ocean – is joining the throng. It has four ships, two armed with missiles, setting out for a two-month deployment in southeast Asia that will include exercises with the US, Japan and Australia, its partners in what is called the Quad security alliance.

India will no doubt be careful not to challenge China’s South China Sea claims – it has enough problems dealing with the two countries’ 15-month long confrontation in the Himalayas where China is steadily encroaching on what India regards as its share of disputed territory.

Also read: China is Needling India on Land When its Main Security Threat is from US Maritime Power

At the heart of all this naval activity – which includes American and Chinese ships – lies the world’s dichotomy about how to deal with an aggressive China under its president Xi Jinping. Britain has failed to affect China’s brutal clampdown on freedoms in its former territory of Hong Kong, and its complaints about treatment of the Uighurs in Xinxiang province are ignored along with protests from other countries.

As has been shown over the QE, China will issue threats to those who sail too close to the heavily armed islands that it has expanded in recent years, despite international protests, to the point where they control the area.

It will not however be worried by the deployment of one ship from Germany, a few from the UK and its allies, and a few more from India. These countries are underlining international determination not to let China block key shipping lanes but no nation – maybe apart from the US – can muster the force that would be needed to deter Beijing.

Britain however is not giving up. It has announced that it will permanently assign two offshore patrol vessels to work with other countries in the region – just a token gesture from the country that once “ruled the waves”.

This article was first published on Ride the Elephant, John Elliott’s blog. It has been slightly edited for style.