The declaration notes that countries reiterated their national positions, including at the UN, which, in a resolution "deplores in the strongest terms the aggression by the Russian Federation against Ukraine". Leaders of the Group of 20 countries condemned “in the strongest possible terms” Russia’s invasion of Ukraine in their joint declaration released on Wednesday.

Russia’s war in Ukraine has overshadowed the summit, particularly following a missile landing in Poland killing two people. Leaders reiterated that the ongoing war in Ukraine has a negative impact on food and energy security and has caused shockwaves around the globe.

In his closing statement, German Chancellor Olaf Scholz said it was good that the G20 found “clear language” to condemn Russia’s invasion.

“The Russian president is almost alone in the world with his policy,” he added.

During the summit’s opening address, Indonesian President Joko Widodo called on member states to end the conflict, a statement he followed up with at the closing discussions on Wednesday imploring the international community to “stop the war.” “We have no other option; collaboration is needed to save the world,” Widodo said. “The G20 must be the catalyst for inclusive economic recovery. We must not divide the world into parts. We must not allow the world to fall into another Cold War.”

Biden, Scholz, Macron and several other leaders had an additional last-minute meeting Wednesday on the sidelines of the summit to discuss the Russian-made missile that landed within the territory of NATO member Poland a day earlier. Moscow has denied any responsibility for the incident.

Initial findings from US officials said the missile that landed in Poland could have been a Ukrainian anti-aircraft missile fired to intercept an incoming Russian rocket. Russian forces fired a barrage of missiles at Ukrainian cities on Tuesday.

Scholz said the incident must be thoroughly investigated before any conclusions are drawn.

What does the G20 declaration say about Russia?

The G20 declaration acknowledged the members’ different views on the Kremlin’s war on Ukraine but leaned more toward condemning Russia. The declaration reflected the tensions among the members, as well as the Western members’ struggle to isolate the Russian government.

“Most members strongly condemned the war in Ukraine and stressed it is causing immense human suffering and exacerbating existing fragilities in the global economy,” the document said. 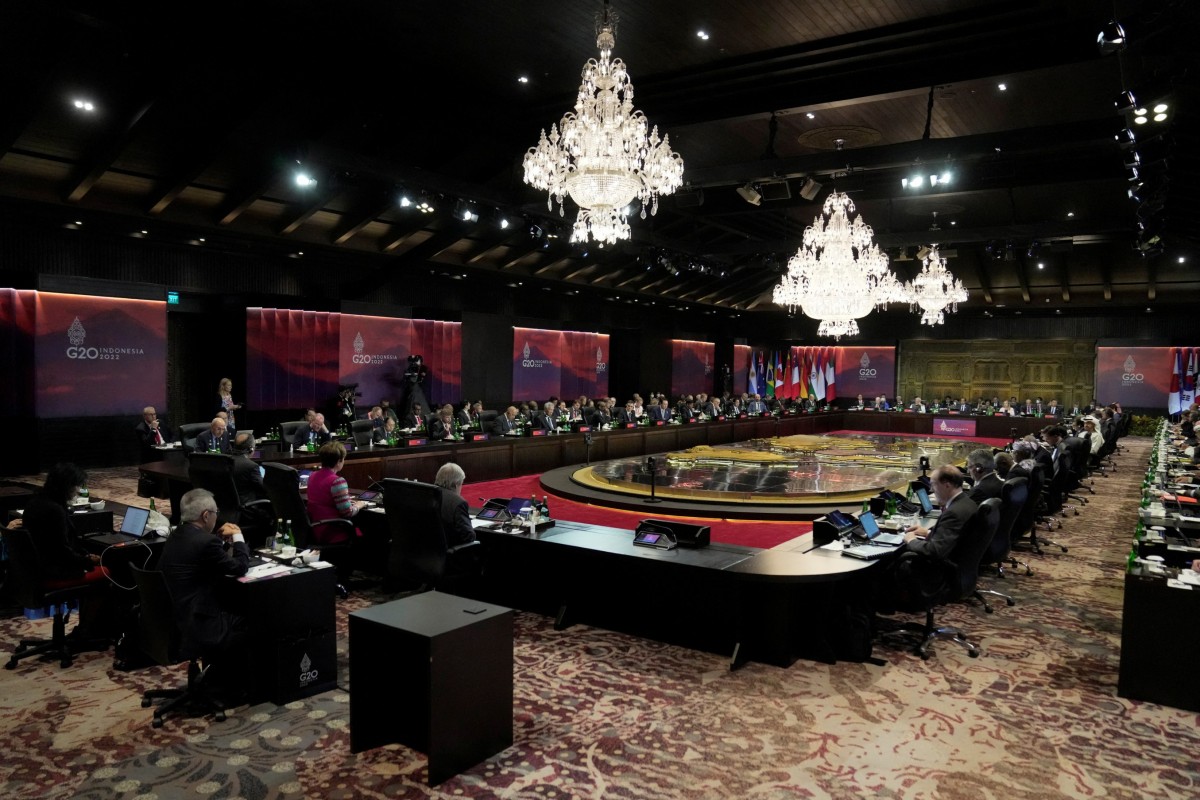 In the declaration, those countries reiterated their position that “deplores in the strongest terms the aggression by the Russian Federation against Ukraine and demands its complete and unconditional withdrawal from the territory of Ukraine.”

However, the joint communique also acknowledged that “there were other views and different assessments of the situation,” as well as regarding sanctions.

Although the G20 was not for addressing or resolving security concerns, the declaration noted the “significant consequences” that the security situation can have on the global economy.

Russia has, meanwhile, upheld its tone on the war, calling its invasion of Ukraine a defensive measure.

“Yes, there is a war going on in Ukraine, a hybrid war that the West has unleashed and been preparing for years,” said Foreign Minister Sergey Lavrov, who represented the country in the stead of President Vladimir Putin.

China is one country that has, since the start of the war in February, steered clear of blatantly taking sides. Chinese officials neither criticized Russia publicly nor openly supported Moscow.

It came after US President Joe Biden and Chinese President Xi Jinping agreed in a meeting on the sidelines of the summit on their joint stance against Russia’s earlier threat of using nuclear weapons, dubbing such use or even threat as “totally unacceptable.”

The meeting was the first face-to-face encounter for the two leaders since Biden’s inauguration in early 2021. It came shortly after Xi secured an unusual third term in office last month.

The G20 declaration also focused heavily on the “deteriorating debt situation” in some middle-income countries.” The G20 leaders called for a swift response to debt treatment requests and a fairer share of the burden.

The summit host, Indonesia, called for unity in the face of global problems such as inflation, hunger and hefty energy bills. Indonesian President Widodo stressed that collaboration was paramount “to save the world.”

Ursula von der Leyen, president of the European Commission, meanwhile accused Russia of flaring its gas instead of selling it in response to Western sanctions in the aftermath of the decision to invade Ukraine on February 24. In retaliation, Moscow also cut off the EU from its supplies of gas.

She said Russia’s actions were pushing the EU to institute a price cap on gas, which could potentially benefit low and middle-income countries.