Explained: Why India Joined the West to Object to a Phrase in the Final UN75 Declaration 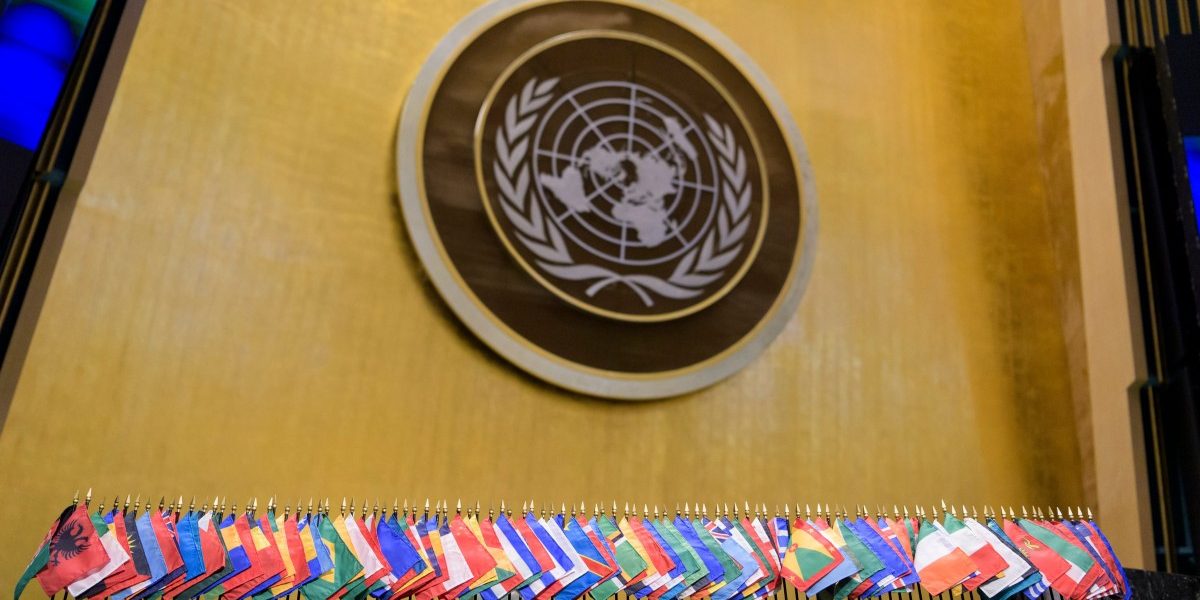 New Delhi: India had last week joined five western countries to protest against a phrase reflecting Chinese President Xi Jinping’s political creed – but officials assert that it should not be seen just through the prism of New Delhi joining the ‘gang’ against Beijing in backdrop of current border tensions, as India had consistently objected to Chinese diplomats attempting to include this line at other platforms.

On June 26, the text of the Declaration of Commemoration of the 75th anniversary of the United Nations was finalised after the end of the “silence period”.

The process had not been smooth as six countries publicly ‘broke’ to object to the inclusion of a phrase in the final draft that was circulated on June 17.

The phrase “shared vision for a common future” was the capstone of the third last paragraph of the four-page declaration. The reason that these six words set off alarm signals in certain permanent missions in New York was that these were a deliberate reference to Chinese President Xi Jinping’s pet concept for the global order.

“All the earlier drafts of the declaration, which were open for negotiation, did not have this phrase. It was only when the final draft was circulated that it was included – and the silence period immediately began. It meant that including the line in the declaration could not be negotiated anymore,” said a senior Indian government official.

The co-facilitators for negotiating the declaration were the representatives of Qatar and Sweden.

The ‘silence procedure’ is the method adopted to consider draft resolutions and declarations as a consequence of the physical restrictions put in place due to the coronavirus pandemic. After the text of a draft decision or resolution is circulated, the item is said to be finalised after a certain period if no country registers a formal objection.

From the initial deadline of June 19, the silence period was extended several times, finally till 6 pm on June 26, as there were hectic parleys in New York conducted on phone or through video conferencing.

After the ‘other side’ did not relent, the UK Chargé d’Affaires wrote to the co-facilitators on behalf of the six countries – Australia, Canada, India, New Zealand and the United States – that they were breaking the silence on June 23. India’s presence raised eyebrows as it was the only non-western member in the group. The rest are close ‘five eyes’ allies of the United States.

There was no reference to China in the letter. The missive said that the three countries were breaking their silence to propose a new phrase – “a better future as envisaged in the preamble of the UN Charter” – to substitute for “shared vision for a common future”.

“We believe that political ideology should not be included in an UN document,” explained Indian sources.

In his recent essay for The New York Times, former foreign secretary Vijay Gokhale wrote that President Xi’s concept to take over the world order, by slowly taking over global institutions, was laid out in his concept ‘Community With a Shared Future for Mankind,’ which was first introduced in 2013.

He had stated that this hypothesis “revolves around the importance of consultation and dialogue, of inclusivity and consensus, of win-win cooperation and shared benefits.

In a riposte to the six nations’ letter, according to diplomatic sources, China, Russia, Pakistan and Syria wrote objecting to the removal of the phrase on technical grounds.

The President of the General Assembly (PGA), Nigeria’s Tijjani Muhammad-Bande called “both sides” for a chat.

The main argument from the six countries, including India, was that they “never got an opportunity to negotiate” the text. “By putting it only at the final draft just as silence period started, they forced us to break it”.

China pointed out that this phrase “shared vision for a common future” had been part of the modalities resolution passed in June 2019 that had provided the roadmap for the commemoration of the 75th anniversary celebration.

On June 25, PGA circulated a new letter offering a new formula – “for the common future of present and coming generations” – to replace the previous phrase, “shared vision for a common future”.

This was acceptable compromise for the six countries as the new proposed phrase echoed the language in the UN charter – and more importantly, completely replaced the earlier one. “It was a vindication of our stance,” said an official.

Officials were aware that India’s association with the five western countries would be viewed through the perspective of ongoing military stand-off with China, which has caused the first casualties in 45 years at the border. India is also set to join the UN Security Council as non-permanent member next year.

“We are not shying away from taking a position because of how it will be seen,” said sources. But, they pointed out that this step was getting more spotlight due to the importance of the document, even though India had taken a similar step just recently – which went unnoticed.

On June 22, the Geneva-based United Nations Human Right Council (UNHRC) passed a resolution ‘Promoting mutually beneficial cooperation in the field of human rights,’ submitted by China. It was adopted with 23 votes in favour, 16 against and eight abstentions.

While EU members, Fij, Togo and Ukraine voted negatively, India had abstained on this resolution. “Phrases like “community of shared future” should not be brought in the resolutions as it has not found universal acceptance,” said India’s deputy permanent representative to UN in Geneva, Puneet Agarwal in the explanation to vote.

Sources noted that Chinese diplomats have always attempted to insert similar phrases from Xi Jinping’s ‘Thought’ in multilateral documents. “Sometimes, they are successful, sometimes, they are not. Resolutions are after all negotiated on quid pro quo basis”.

India had also, they asserted, objected to these phrases in other platforms, which negated any account was New Delhi joining the western groups against China. Last month, the pointed out, India had supported Japan’s protestation against a similar Chinese attempt in the Asia Pacific Group.