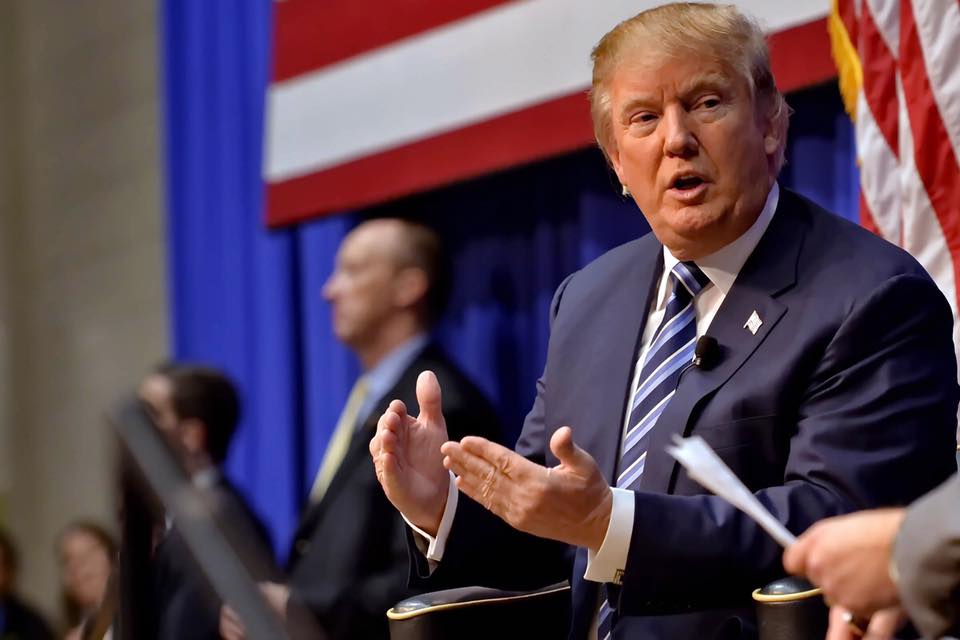 Washington: Presidential hopeful Donald Trump has said that he will force Mexico to pay for his proposed border wall by cutting off remittances from “illegal immigrants” in the US to Mexico.

Trump has pledged to build a 3,200 km long wall if elected, and wants Mexico to pay between $5 billion to $10 billion to build it, a proposition that Mexico has firmly refused.

In a memo to The Washington Post, Trump outlined his plans to force Mexico to pay for the wall – he will propose a rule making it mandatory for money transfer companies to only transfer money from customers who can prove that they are in the US legally; and will also consider increasing trade tariffs and enforcing existing trade rules, cancelling visas and increasing visa fees. If implemented, this move would have a crippling effect on Mexico’s economy, and would also adversely affect money transfer companies such as Western Union, PayPal and MoneyGram.

In the memo, Trump said that remittances to Mexico – amounting to $24 billion dollars annually – are tantamount to “welfare” for poor Mexican families, adding that there is “no significant safety net provided by the state in Mexico”. Trump also repeated his intention to target visas.

In a text message to Reuters, Mexico’s President Enrique Peña Nieto said, “The (Mexican) Presidency has no comment on any opinion made in the heat of the electoral process to choose candidates for the US presidency.”

Speaking at a White House news conference, President Barack Obama said that Trump’s remarks have damaged US relations with other countries. “I do have to emphasise that it’s not just Mr Trump’s proposals. You’re also hearing concerns about Mr (Ted) Cruz’s proposals, which in some ways are just as draconian when it comes to immigration, for example,” he said.

Obama also said that Trump’s proposal was “impractical” and that the resultant adverse effect on the Mexican economy would only backfire on Trump because it would force more immigrants to enter the US.

“People expect the president of the United States and the elected officials in this country to treat these problems seriously, to put forward policies that have been examined, analysed, are effective, where unintended consequences are taken into account. They don’t expect half-baked notions coming out of the White House. We can’t afford that,” Obama said.

Cruz, Trump’s rival for the Republican nomination, won the Wisconsin primary contest on the same day that the memo was released.

(with inputs from Reuters and PTI)