The Similarities Between Donald Trump and Jair Bolsonaro

A common pillar of the strategies of Trump and Bolsonaro has been to incite fear, anger and hatred, with apologies to violence, transforming certain individuals and groups into enemies that are declared guilty of all ills afflicting society. 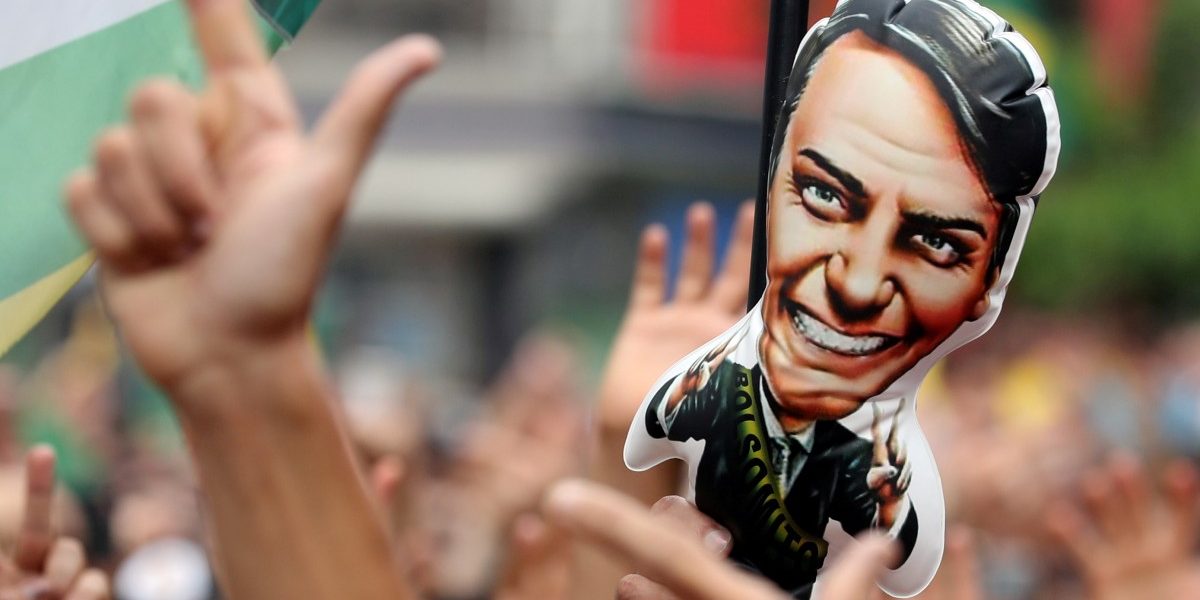 Brasilia: Observing recent political developments in the US and Brazil, there are clearly similarities between the phenomena of ‘Trumpism’ and ‘Bolsonarism’ that do not seem to be a mere coincidence.

In both cases, far-right politicians have opportunistically exploited, for electoral purposes, frustrated expectations of millions of people in situations of increasing social and economic vulnerability.

In the US, the ‘American dream’ has become increasingly elusive for the majority of the population, largely as a reflection of perverse effects of increasingly globalised capitalism, coupled with neoliberal policies promoted by both Democratic and Republican administrations.

Despite important advances during the Obama administration, Hillary Clinton’s campaign clearly suffered from a legacy of neoliberal policies – such as NAFTA, launched during her husband’s administration – that aggravated social and economic inequalities.

To make matters worse, as a candidate, she paid relatively little attention to the electorate in places such as Michigan that have suffered the effects of deindustrialisation, with worsening unemployment and low wages.  Of course, the Clintons’ ties to Wall Street did not help to counter the perception of being part of the Washington establishment. All of this facilitated the manoeuvres of a right-wing populist billionaire characterising himself as a champion of workers ‘forgotten’ by the Democratic party.

In Brazil, a serious economic crisis and mega corruption scandals revealed by the Lava Jato investigations, involving traditional political parties like the PMDB, PSDB and PT, led to a generalised revolt with the political class among voters, including the poor, not only hurting the candidacy of Fernando Haddad, but others with a centre-left profile who had ties in the past with the PT, such as Ciro Gomes and Marina Silva.

As in the US, an extreme right-wing candidacy in Brazil knew how to exploit political space associated with growing inequalities and errors committed by traditional social democratic parties.

A common tactic used by Trump and Bolsonaro is to propagate nostalgia for an idealised past that the ‘hero’ candidate promises to bring back miraculously.

Some bet that once sworn in, Trump could adopt a kind of moderate pragmatism …. What has happened over the past two years is just the opposite. The Trump administration has launched a widespread and systematic attack on democratic institutions in the US. Based on experience with Trump, whom Bolsonaro sees as an ‘excellent president’ … it’s hard to find grounds for optimism … other than capacity of resistance of the Brazilian people. Better not to fall off the cliff.

The Trump campaign adopted as a slogan ‘Make America Great Again’ disregarding ‘details’ of American history, such as the genocide of indigenous peoples, slavery and long periods of discrimination against women, blacks, and migrants. On the other hand, the mythic Bolsonaro evokes nostalgia for the years of Brazil’s bloody military dictatorship during 1964-1985, including apologies for the use of torture.

A common pillar of the strategies of Trump and Bolsonaro has been to incite fear, anger and hatred, with apologies to violence, transforming certain individuals and groups into enemies that are declared guilty of all ills afflicting society.

For Trump and his followers, favourite targets have included, among others, populations of new migrants – characterising Mexicans as ‘rapists’ and Muslims as ‘terrorists’ – blacks and, of course, Democratic opponents, especially leaders such as Hillary Clinton and Barack Obama. (Meanwhile, Trump has surfed a positive economic wave, initiated during the Obama administration, giving all credit to himself). 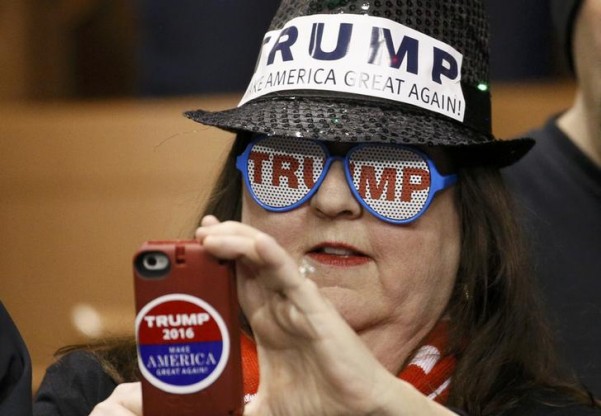 For Bolsonaro, the long list of public enemies includes –  in addition to the Workers’ Party and supposed ‘communists’ – indigenous peoples, quilombolas (descendants of African slaves), the LGBT movement, environmentalists, a national landless farmers’ movement (MST), human rights defenders and activists in general, as well as environmental agencies such as IBAMA and ICMBio..  Another characteristic of both Trump and Bolsonaro is extreme misogynism, encouraging disrespect and outright violence against women.

Also read: Hate or Hope: In a Bitter Election, Brazil Fights for Its Soul and Democracy

Another striking resemblance between Trump and Bolsonaro is the antagonism directed at vehicles of the mainstream press that demonstrate critical and independent positions, such as the CNN, The New York Times and Folha de São Paulo.

Accusations of ‘fake news’ appear when stories are released that reveal inconvenient truths, contradicting narrow political interests. Meanwhile, distorted and false information, appealing to fear, prejudice and rage against adversaries are disseminated en masse via social media, such as Facebook and whatsapp.

A direct result of the attacks on the press and the incitement to hatred of ‘enemies’ is the escalation of violence that rapidly spins out of control, as demonstrated by the violence around the neo-Nazi march in Charlottesville, Virginia last year, and the series of pipe bombs sent this week to several of Trump’s favourite targets: CNN, the Clinton and Obama families, former President Joe Biden, Democratic Rep. Maxine Waters, actor Robert De Niro, and billionaire investor and philanthropist George Soros, among others.

In Brazil, serious acts of violence by Bolsonaro followers have begun to appear, such as the murder of capoeira master Moa do Katendê, stabbed to death in Bahia by a partisan of the reformed captain. Meanwhile, there are growing threats to the Brazilian press, as in the case of Folha de São Paulo. 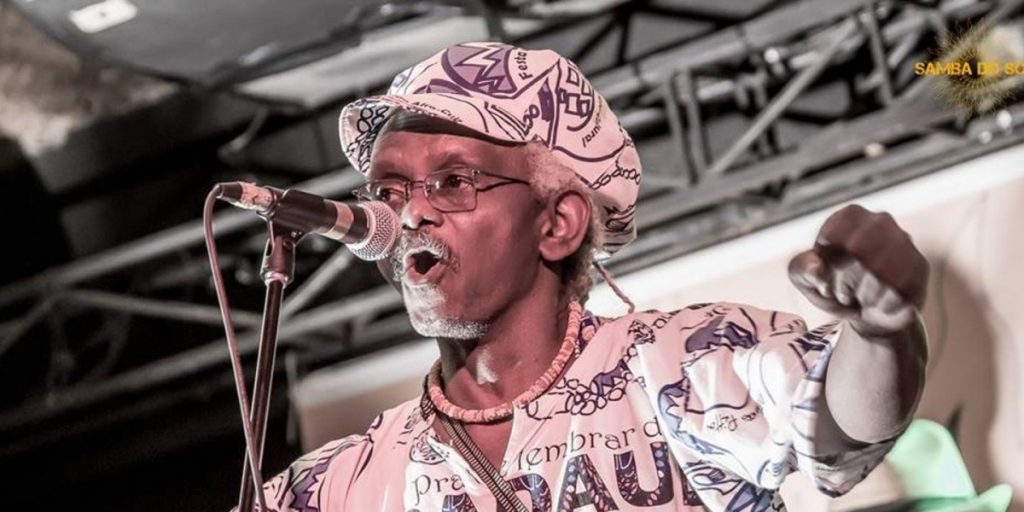 Following the publication of a story about how entrepreneurs linked to Bolsonarism contracted services for the mass dissemination via social media of false news about Haddad’s candidacy, the Folha made a formal request for police protection for its journalists.

Another similarity between the two politicians is the courtship of conservative evangelical churches with moralistic discourses on issues such as the prohibition of abortion and gay marriage, while signalling economic advantages to churches and their leaders (almost always white men).

Many of the tactics adopted by Trumpism and Bolsonarism – which seem inspired by the playbook of Joseph Goebbels, propaganda minister of the Nazis between 1933 and 1945 – are better understood when one considers the economic interests to which they are linked.

In Trump’s case, the influence of the oil and coal industries stands out. In the case of the Bolsonario, the overarching influence of the conservative agribusiness lobby, known as ruralists, blatantly clear. In both cases, one finds the private interests of powerful groups associated with the private appropriation of territories, open public spaces, for the extensive exploitation of natural resources (logging, cattle ranching, land speculation, mechanised soybeans and mining), disregarding social and environmental damage borne by local populations (indigenous peoples, quilombolas and family farmers) and society in general.

Trump’s and Bolsonaro’s marketeers have invested heavily in creating the image of a “new” politician. This contrasts with archaic models of development promoted in practice, based on predatory exploitation of natural resources, lacking technological innovation and value added, such as the large-scale export of soybeans.

Ignored are challenges associated with climate change, reaching the UN sustainable development goals for 2030, as well as opportunities that Brazil possesses, with its enormous cultural and biological diversity, and its creative potential to generate income with quality jobs, associated with a new economy in the 21st century –  based on technological innovation, respect for cultural diversity and environmental sustainability.

When Trump was able to win the US presidential election in 2016 (losing to Hillary Clinton in the popular vote, but narrowly gaining in the archaic voting college), many questioned to what extent the far right rhetoric of the campaign would be put into practice. Some bet that once sworn in, Trump could adopt a kind of moderate pragmatism. What has happened over the past two years is just the opposite.

In practice, Trump’s administration has been characterised by a widespread and systematic attack on democratic institutions, including social security, health and public education programs. The treatment of migrants (including Brazilians) includes characteristics of cruelty, as in the case of detention and separation of young children from their parents.

Unashamedly, the Trump administration is attempting to dismantle the Obama’s clean energy program, while creating incentives to the coal and oil industry without a minimum of environmental safeguards. In addition, it has sought to systematically dismantle policies for the protection of water and air quality, historical achievements dating back to the 1970s.

The Trump government is determined to eliminate as much as possible natural heritage and environmental protection areas, such as the Bear Ears National Monument in Utah State (created by Obama and reduced by 85%) to facilitate exploitation of oil exploitation and fracking. His nominee to chair the EPA, Scott Pruitt, took office with the explicit mission of undermining the functioning of this vital institution. Moreover, Trump’s announcement of abandoning the Paris Agreement constitutes a risk of planetary dimensions.

Unscrupulously, Trump has used the machinery of government to favour his private interests, such as real estate deals, undermining US foreign policy in cases such as Russia and Saudi Arabia. Meanwhile, with the full endorsement of the president, the Republican party has stepped up efforts to undermine voting rights, especially of the poor and Afro-American citizens, while redrawing voting districts (‘gerrymandering’) to consolidate political power.

Also read: Trump May Be an Outlier but He is a By-Product of the American Liberal Establishment

Fortunately, there are important examples of resistance in the US from democratic institutions, citizen action (with women playing a fundamental role), and state and local governments.  Many are confident that the Democrats, including many progressive candidates, will be able to take back the House of Representatives in the November 6th mid-term election. However, there is a persistent sense that of democracy’s fragility, and its need for constant vigilance.

Returning to Bolsonaro, many in Brazil are wondering what will happen if he wins the run-off election on October 28th, as predicted by public opinion polls.  To what extent will Bolsonaro respect the Federal Constitution and democratic institutions? Will he attempt to criminalise social movements to the point of treating them as terrorists, as promised?

To what extent will he continue to incite prejudice and hatred against blacks, women, indigenous peoples and other ‘enemies’? Will he pursue his plans to dismantle Brazil’s progressive environmental policies, including a proposal to merge the ministries of the environment and agriculture, under the leadership of the ruralist bloc? Will he go ahead with his announcement to pull Brazil out of the Paris Agreement, following the example of Trump, that could bring disastrous political, economic and environmental consequences for Brazil, while damaging global efforts to address the climate crisis?

Looking at the case of Trump, whom Bolsonaro considers an “excellent president”, it’s  difficult to find much room for optimism in relation to such questions, other than the resilience of the Brazilian people.  Better not to fall off the cliff. Hopefully, the experience of Trumpism in the US will help serve as a warning call to Brazilians of current dangers to their young democracy, and the need for the country to find its own path with wisdom, solidarity and joy, before it is too late.

Brent Millikan is Geographer and Director of International Rivers – Brazil.

This article was originally published in Inter Press Service. Read the original article.