Is a Divided, Confused US the Perfect Scenario for Donald Trump's Coup d'Etat?

The political climate remains toxic but with a certain level of 'anxiety-laden' hope. 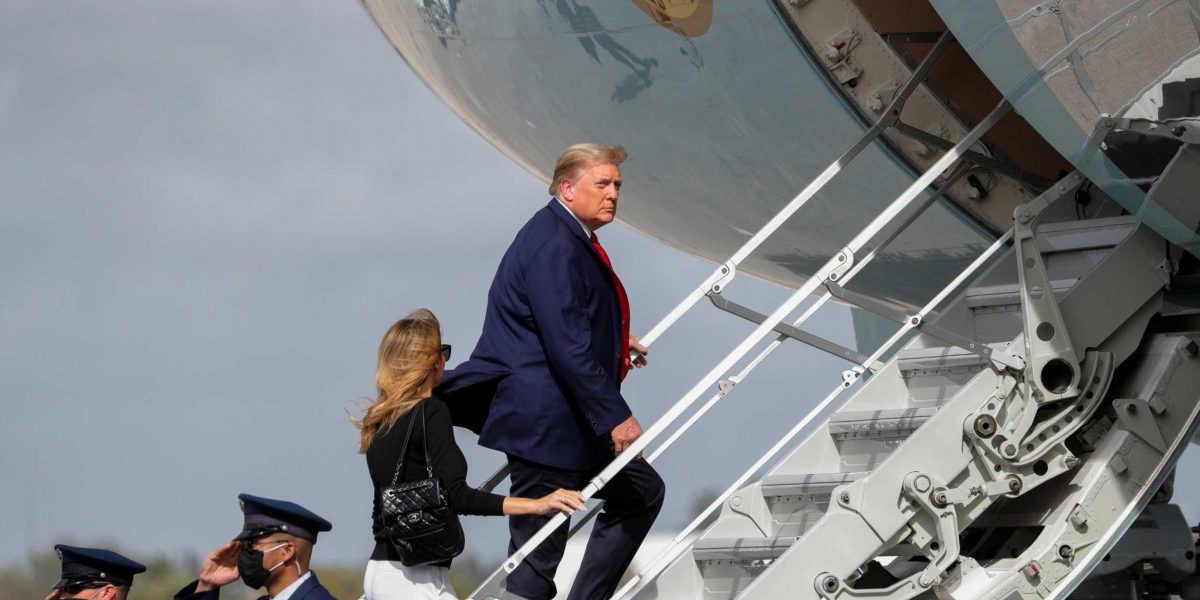 President Donald Trump’s stealthy, creeping ‘coup attempt’ remains a major political issue as we enter the final stretch of his presidency. He has successfully carried out his threat to contest by any means available to him the election defeat of November 2020, including legal action, political pressure, encouragement of mass protest by the extreme Right, not to mention threats of violence against election officials, including Republicans.

Trump is now calling for the US Senate and House to challenge the Electoral College vote on January 6, and his supporters to ‘march on Washington DC’, which could descend into violence. In addition, the administration is ramping up baseless fears of ‘retaliatory’ attacks by Iranian forces to mark the January 3 anniversary of the drone killing of General Suleimani, and reinforcing US naval, air and military forces in the Gulf.

Through a combination of manufactured confusion over the election, orchestrated domestic political unrest, and the threat of military intervention that could lead to catastrophic loss of life, including US forces, Trump is creating the chaotic and confused conditions for a potential declaration of a national emergency.

The US military’s senior officers are reportedly very concerned that Trump will engineer either domestic political violence in Washington DC on January 6 (or on January 20, President Joseph Biden inauguration) as Congress confirms the Electoral College vote and announces Biden elected. Trump tweeted a call to his supporters to protest the process – saying it’ll be “wild” while maintaining his baseless stolen election conspiracy theories.

Senior uniformed military worry that Trump will engineer a foreign military adventure as we approach the January 3 anniversary of US drone killing of Iran General Suleimani and Iraqi militia leader Abu Mahdi al-Muhandis. Trump has also stated a desire to attack Iran for rocket attacks on the US embassy in Baghdad. Either could be a basis for mobilising the US military, declaring a national emergency and refusing to leave office: this has been discussed in such overt terms in a series of respected media including the Washington Post, Newsweek, The Hill and CNN. Trump’s coup attempt has also been called out in such terms by leading scholars, including the historian of authoritarianism, Professor Timothy Snyder at Yale University. 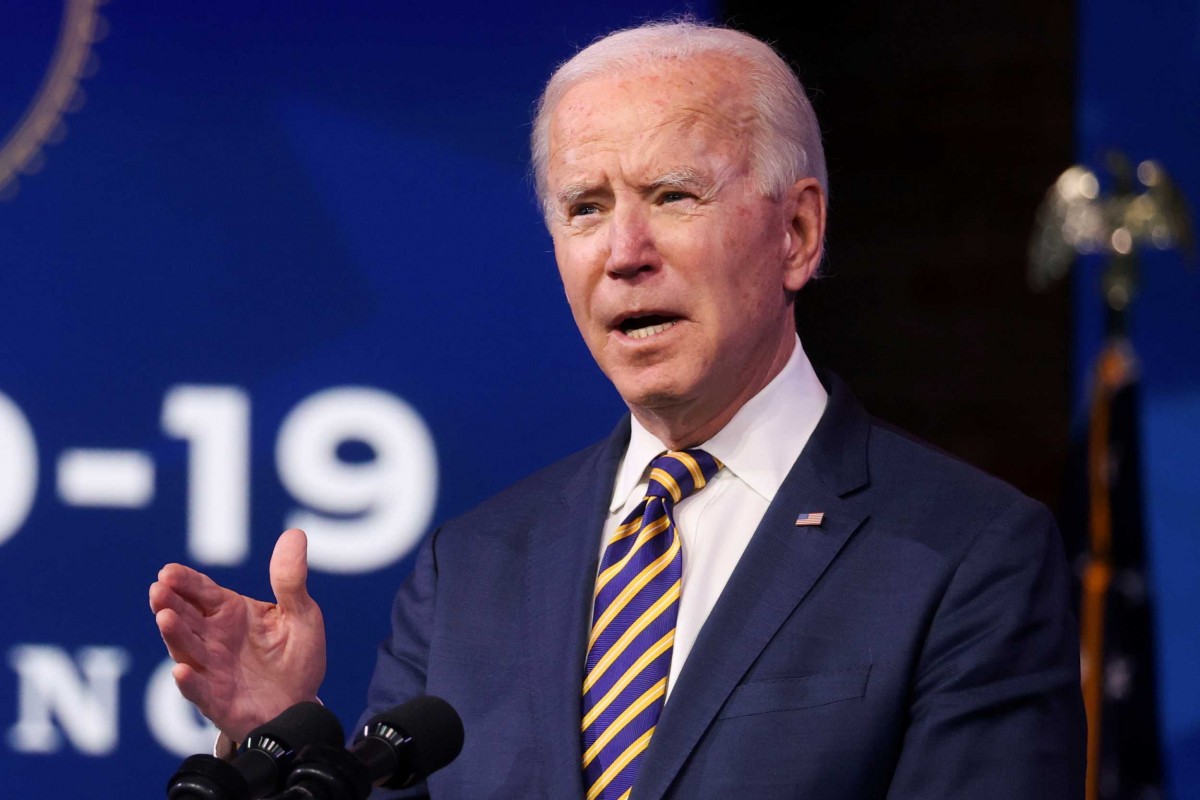 US President-elect Joe Biden delivers remarks on the US response to the coronavirus disease (COVID-19) outbreak, at his transition headquarters in Wilmington, Delaware, US, December 29, 2020. Photo: Reuters/Jonathan Ernst/File Photo

A declaration of martial law was mooted in a recent media interview by General Michael Flynn, Trump’s first national security adviser, to organise a re-run of “battleground state” elections (Wisconsin, Pennsylvania, Michigan, among others), and was subsequently discussed at the White House. So concerned is the US military that it was considered necessary to issue a formal statement that they will not intervene in US elections – which is in itself a marker of the depth of the crisis of US politics and government. The question remains, of course, as to any support among the military’s senior officers that Flynn may command.

Trump has only added fuel to the fire since his decisive defeat in November 2020. He removed the existing civilian leadership at the Pentagon because they objected to his threats to attack Iran and misuse the military at home, and appointed Trump loyalists. It is now reported that Trump is heading back to the White House from Florida, missing his New Year’s party. Missouri Republican Senator Josh Hawley has stated he will object to the Electoral College vote on January 6 and demand a congressional enquiry into the November elections. Hawley is positioning himself for a presidential run in 2024 by siding with Trump and his loyal voter base; other senators may follow his example. It is clear that Trump will be in Washington, DC, overseeing, orchestrating and co-ordinating a concerted attack on US democratic forms by exploring every means at his disposal of clinging to office.

This ‘crisis politics’ is on full display in the Georgia run-off elections scheduled for January 5: there have been death threats against the GOP governor, a Trump loyalist who refused to challenge the election result in his state, and against other elected representatives. Trump has called on Governor Kemp to resign. In the meantime, Georgia’s GOP is still engaging in large-scale voter suppression tactics – some of which have been  overturned in the courts. The more extreme Trump supporters are demanding Republicans boycott the elections due to election-rigging claims. With large-scale early voting, likely to lean towards the Democrats, the GOP may well receive in Georgia its comeuppance – blowback – for its facilitation and appeasement of Trump and Trumpism over the past four years.

Also read: With the Breakdown of Democracy Comes the Rise of ‘New Despotism’ Globally

Trump heaps manufactured crises on to real crises that he has no interest in tackling. His last-minute demand for larger payouts to the millions of economic victims of the pandemic has nothing to do with ordinary people who are in dire straits, and everything to do with pressuring and dividing the Republican party, and lining up support for his own political agenda. Senate Republican majority leader Mitch McConnel’s position will become untenable if the GOP loses the Georgia senate seats. That the Georgia election looks as close as it does suggests depth of Trump’s effects there, and his ability and willingness to take on the most powerful leader of the GOP.

Crisis and divisions of both main parties

The GOP is increasingly divided: paying the price of enabling and appeasing Trump and Trumpism. The Democrats are divided between Bidenites and the confident group of recently-elected progressives in Congress. Biden remains silent on the Trump coup d’etat that is in progress, fearful of a mobilised progressive movement against fascism and authoritarianism.

However, it is important to remember that Trump’s defeat in November was pretty decisive, overall. The US electorate drew a line against white supremacy politics, border wall and draconian attacks on immigrants, disastrous handling of the pandemic, and against the definition of racist police violence as a mere ‘law and order’ issue. The election also resuscitated the idea, however flawed in practice, of the US as an open, tolerant, diverse and welcoming democratic ‘soft’ power. But note the largely negative character of the line – against Trump, with a sliver of anxiety-ridden hope that Biden might tackle the US’s biggest problems from a progressive perspective.

The anxiety of that hope, however, is that Biden will not want to be outflanked from the Right and will expend most of his political capital by reaching out to a Trumpist GOP (remember Trump’s 74 million votes and possibility of 2024 run), and side-lining progressive Democrats who did so much to energise the youth, student and minority votes. Their alienation could be disastrous in 2024. Will Biden do comprehensive healthcare reform? Climate change policy that’s really effective? Infrastructure investment in middle-class US? Something on college tuition fees and student debt?

The Big Picture is that the US remains in a deep and long-lived legitimacy crisis – the loss of popular authority by both political parties and government, rising mass discontent, economic precarity, a pandemic roaring on, people going hungry.

Alongside popular misery and anger, the stock market recovers, as does US economic activity to near-pre-pandemic levels, enriching the few, and underlining to the many of both parties that the US political system really has little to offer them in practice.

Inderjeet Parmar is professor of international politics at City, University of London, and a Visiting Professor at the London School of Economics. He is a columnist at The Wire. His twitter handle is @USEmpire.