Donald Trump’s Central America Strategy Is Both Cruel and Incompetent

The Trump administration sees plenty of problems in Central America – but it seems to be doing everything it can to make them worse. 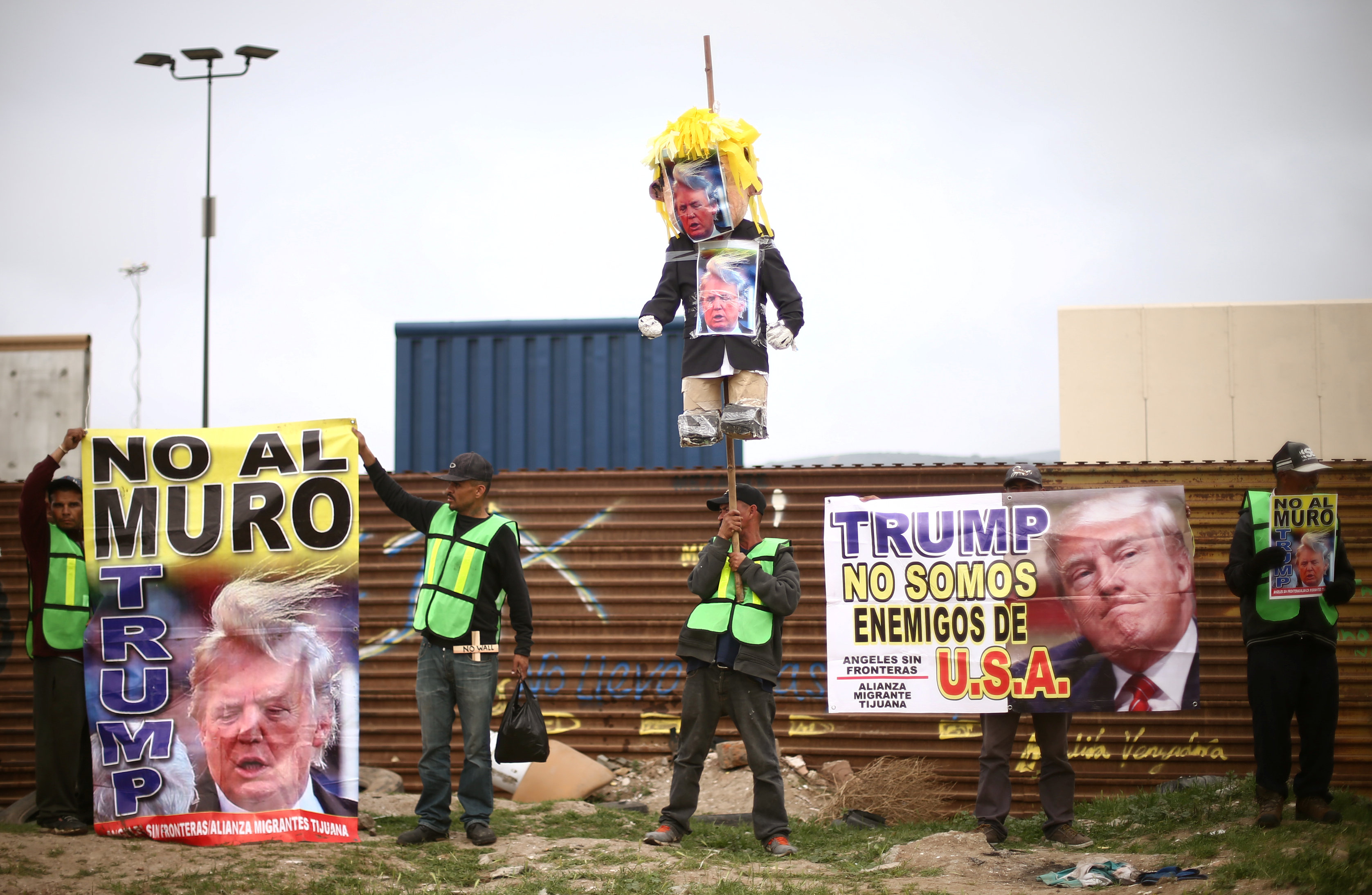 People hold signs reading "No to the wall, Trump," and "Trump, we are not enemies of the USA" during a protest near the prototypes of US President Donald Trump's border wall, seen behind the current border fence, in Tijuana, Mexico, March 13, 2018. Credit: Reuters/Edgard Garrido

Donald Trump’s antagonism toward Latin America might be gratifying to the more racist and isolationist elements of his political base, but it isn’t serving his presidency well. His administration’s policy in the region is both uncharitable and poorly co-ordinated, particularly in Mexico and Central America – and the various crackdowns it’s instigating are already having unintended consequences.

The administration’s latest victims are beneficiaries of Temporary Protected Status (TPS) coverage. TPS grants legal permission to live and work in the US, and is awarded to eligible nationals from designated countries afflicted by natural disaster and conflict. The US government first selected Central American beneficiaries of this programme in 1999, just after Hurricane Mitch left nearly 20,000 Central Americans dead and more than 1.5m homeless.

The Trump administration’s attitude to Central America means that thousands of people are set to lose their TPS status. Most recently, the Department of Homeland Security decided to remove Hondurans from the TPS scheme, meaning 86,000 Honduran nationals currently living in the US will no longer be eligible to work there. El Salvador was also removed from the programme in February, meaning 200,000 Salvadorans are expected to leave the US by September 2019.

Honduras and El Salvador are among the most violent countries in the world, and their inadequate public infrastructures and faltering economies are ill-equipped to cope with hundreds of thousands of returnees. To make matters worse, 17-18% of each country’s GDP is made up of remittances from people working in the US. Rescinding those people’s TPS eligibility won’t help tackle the region’s instability and grinding poverty, and it certainly won’t deter Central Americans from attempting the journey north.

Trump has long railed against the Mexican and Central American migrant population as a breeding ground for gang activity. Last year the Justice Department declared the notorious MS-13 gang a “priority” target after a spate of gruesome murders in northern Virginia and Long Island. But Washington’s efforts to reduce the threat posed by criminals from Central America will have been for naught unless it backs down from a decision to cut foreign aid to the beleaguered region. US President Donald Trump speaks during a roundtable on immigration and the gang MS-13 at the Morrelly Homeland Security Center, New York, on May 23, 2018. Credit: Reuters/Kevin Lamarque

Assistance to Mexico and Central America surged during the Obama administration, which worked hard to strengthen its neighbours’ judiciaries and reform their police forces. But things have changed. The State Department’s 2019 budget request cuts economic and security aid to Latin America by around 40%, which would bring US assistance to the region to its lowest level since 2001.

All in all, the Trump administration’s approach to the region hearkens back to the Cold War, when the US supported Central American dictators and intervened callously in their countries’ domestic affairs.

In December 2017, Trump was among the first world leaders to recognise the re-election of Honduras’s president, Juan Orlando Hernández, which a majority of Hondurans and the Secretary General of the Organisation of American States regarded as illegitimate. Hernández’s conservative bent and authoritarian style have probably convinced Trump that he’ll be a reliable if undemocratic guardian of US interests, and specifically that he’ll help crack down on northbound migration. But again, the approach is clearly backfiring.

In response, the Trump administration mobilised National Guard troops – in turn sparking outrage in Mexico. Mexican voters are historically sensitive to perceived US threats to the country’s sovereignty, and they’re also revving up for a hotly contested presidential election this July. The US’s apparent militarisation of the border has ignited a nationalist fervour, driving any number of voters to the camp of Andrés Manuel López Obrador, a left-wing populist candidate who’s been leading the pack in recent polls.

An Obrador victory would almost surely result in heightened confrontation between the US and Mexico at a time when a great deal is at stake, especially the renegotiation of the North American Free Trade Agreement. But whether Obrador wins or not, there’s plenty the Trump administration can do to right the ship. And high up the list is a real effort to stop arms trafficking.

The US’s lax gun laws, particularly in border states, feed the very violence that migrants head northward to escape. Many critics have singled out the 2004 expiration of the US’s assault weapons ban, arguing that the subsequent resurgence in assault weapons sales has contributed to the grisly massacres and cartel brutality that spiked in Mexico and Central America over the past decade. US Marine Corps Lt Col (retired) Oliver North speaks at an NRA convention in Dallas, Texas, US, on May 4, 2018. Credit: Reuters/Lucas Jackson/File Photo

Some 2,000 illegal firearms cross the border into Mexico daily, and in recent years Mexican cartels have linked up with Central American criminal outfits to import US-made firearms and to push cocaine up the isthmus and across the US border. But of course, firearms manufacturers in the US are hardly keen to see assault weapons banned again, and Trump is on their side. His recently renewed embrace of the gun lobby sent a strong message to the governments of the region that as far as eliminating violence goes, the US is an unreliable partner.

And as if to rub salt into the wound, the National Rifle Association has appointed a new president: Oliver North, who infamously played a key role in illegally funnelling US government money to right-wing Central American rebel forces in the 1980s.

Under these circumstances, it’s hard to see the situation improving. Regardless of the implications of Trump’s hypothetical (and probably impossible) border wall, the illegal flow of drugs, arms, and people across the border will continue. The US’s neighbours will become ever less willing to work with Washington on pressing transnational issues. And most consequentially of all, the animosity and fear Trump has engendered on both sides of the border will continue to shape politics across the Americas long after Trump himself leaves office.