From Parliament to the Streets, London Takes Note of the Delhi Riots and CAA

Hundreds of Indian students and diaspora took to the streets outside the High Commission of India in London on Saturday in an “emergency” protest, and British politicians have been raising the issue both inside as well as outside Westminster. London: The anti-Citizenship (Amendment) Act protests and the riots in Delhi are having reverberations in the United Kingdom. Hundreds of Indian students and diaspora took to the streets outside the High Commission of India in London on Saturday in an “emergency” protest, and British politicians have been raising the issue both inside as well as outside Westminster.

On Thursday, Labour MP Khalid Mehmood told the House of Commons that “over the last few days Delhi has been burning at the hands of Hindu extremism” and urged the government to make a statement and debate the matter. Jacob Rees-Mog, the leader of the House, responded with: “The seriousness of what he (Mahmood) is mentioning in the House has not passed the government by.”

It would be wrong to assume that the criticism of the CAA is limited to the Labour party or the Liberal-Democrats. Steve Baker, a Conservative MP who is also closely associated with the influential European Research Group, as early as December 20, 2019 asked in the House of Commons whether the UK government had made an assessment of the effect the CAA would have on the human rights of Muslims in India. Labour MP Lyn Brown asked a similar question in the House of Commons on the same day.

Heather Wheeler, junior minister in the Foreign and Commonwealth Office, replied that the British high commissioner and the deputy high commissioners are following “reports on the continued protests” and “raise issues with Indian officials where appropriate.” Baker has continued to use social media to highlight the anti-CAA protests in India.

A detailed discussion took place in the House of Lords on Tuesday, when the Earl of Sandwich, a cross bench peer, raised the issue. Displaying a close reading of the imbroglio in India, he spoke about the riots and protests in Aligarh and Delhi, and said that “five states” have refused to implement the law.

Referring to India’s founding leaders, he said that “it is doubtful that any of those leaders would be satisfied with the situation today”. He also referred to Khushwant Singh and R.K. Laxman and ended his speech with: “Will the [British] government now urge Mr Modi to carry out a review of the CAA and its effects on Indian society?” 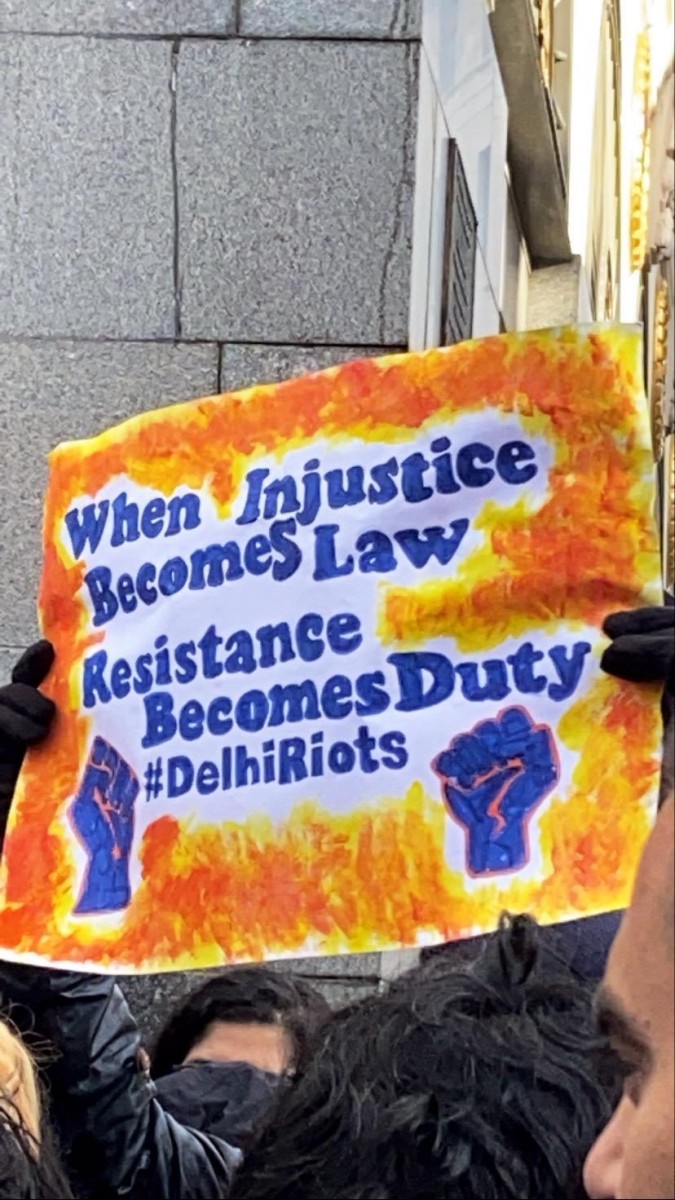 He was followed by Lord Alton of Liverpool, who described the CAA and the proposed nationwide National Register of Citizens as a “draconian law that is communal and unconstitutional in its nature”. He told the House that “the promotion of majoritarian communalism, based on anti-minority rhetoric, has been evident since 2014, when the Bharatiya Janata Party came to power”.

Lord Alton referred to the role played by the RSS and the need to follow the constitution. “At a time when hate and intolerance are so much in evidence in many parts of the world, often fanned by xenophobic agendas, we must as India’s good friend urge its government not to abandon the high ideals of its constitution.”

Lord Raj Loomba, defended the CAA and said that it was passed by the Parliament and is “by no means anti-Muslim or discriminatory”. “India is the historical home of Hindus and Sikhs, and it is these minorities who have naturally migrated there,” said Lord Loomba, adding that “no Muslim country would either accept them or give them citizenship.”

Lord Meghnad Desai, one of the longest serving Indian-origin members of the House of Lords, said that there was a conjectural fear in India but it should be borne in mind by the British government that neither the CAA nor the NRC have been implemented. “The fear about this Act, which is quite genuine and has been expressed in a number of demonstrations, arises from what has happened in Assam.”

Other speakers included Lord Singhm who criticised the Indian government and referred to Amit Shah referring Muslims as “termites who should be thrown into the Bay of Bengal”.

Baroness Sugg, junior minister in the Foreign and Commonwealth Office, representing the government accepted that the issue is divisive and that the UK government have concerns about the impact of the legislation. She also quoted Nehru (“whatever our religion or creed, we are one people”) to drive home the point of India being a secular democracy. She said that the British government had raised the issue with the UP administration for the first time on February 6.

On the same day that Mahmood raised the issue in Westminster, Jeremy Corbyn, Labour Party leader, at a gathering said that in India, the human rights of everybody must be respected and protected. He spoke about how Hindus and Muslims “plough the same field, eat the same rice, cook the same dal, they live together and work together. So any citizenship law must respect that diversity, the right of free speech the right of assembly, the right to practise the religion you believe in.” Corbyn indicated that he would raise the issue in June at the UN convention in Geneva.

Also read: Ground Report: Brahmpuri’s Memories of Unity Lie Forgotten on Either Side of Barricades

Other MPs like Zarah Sultana from Coventry South took to social media to liken the Delhi violence to “Gujarat (2002), Mumbai (1992) and Delhi (1984)”. Tanmanjeet Singh Deshi, from Slough, recalled how the “incited violence in Delhi on basis of faith brings back painful memories of 1984 Sikh genocide. We must learn from history, not be fooled by those who aim to divide society, hell-bent on killing and destroying religious places – in the name of religion”. Nadia Wittome, MP from Nottingham East, called the “Delhi pogrom” as “no accident”. “The horrific scenes in Delhi show BJP ideology in action. British Indians will not be silent,” she said.

Another Labour MP, Yasmin Qureshi, wrote a letter dated February 16, 2020 to the Indian high commission saying that “she was deeply concerned that anyone who questions the policy of the government risk being labelled anti-national” and “being subjected to harassment and brutal attack by nationalistic groups.” “I urge you on behalf of thousands of my constituents from the Indian diaspora do not abandon the high ideals of your constitution.”

On Saturday, as hundreds gathered outside India House, joining protests across 17 other cities in the world including Berlin, Brussels, Geneva, Hague, Munich and Paris to expressed solidarity with the victims of the Delhi violence. The protests in London was organised by South Asia Solidarity Group, SOAS India Society, South Asian Students Against Fascism (UK), Federation of Redbridge Muslim Organisations (FORMO) and Co-ordinating Committee of Malayali Muslims.

“The violence in Delhi must not be seen as a riot. What has happened is a state-sponsored pogrom against the city’s Muslim communities,” said the South Asian Students Against Fascism. Catch Watch’s Satpal Muman condemned “the despicable and barbarous actions of all those people who killed innocent” in what was a “well-orchestrated, well planned” action. SOAS India society expressed their anguish over how the rule of law in India “has been suspended” and warned that “if the world does not take note and react urgently, the consequences will be disastrous.”