COVID-19 in Russia: Mishandling Has Led to Popular Protests but Putin Remains Strong

The pandemic has highlighted existing institutional weaknesses in the Russian healthcare system and most hurt traditionally vulnerable sections of the population. 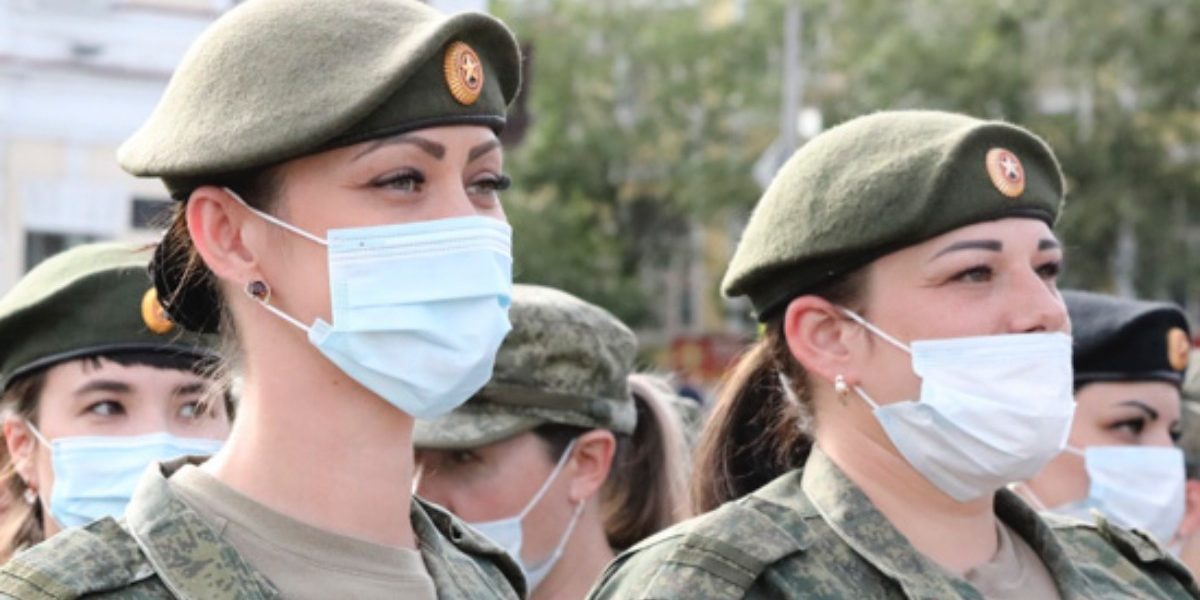 The parades celebrating the 75th anniversary of the Soviet victory in WWII were moved from 9 May to 24 June due to the pandemic. This image shows soldiers in Ulan-Ude in the Russian Far East preparing for a local parade. Source: Russian defence ministry 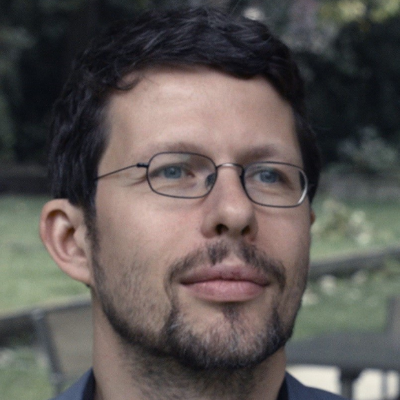 This is the second article in a six-part series that is looking at how the COVID-19 pandemic is playing out in the BRICS countries. You can read Part 1 here.

The epidemic reached Russia later than many other European countries. Yet by mid-May, Russia had the second-highest number of confirmed cases worldwide, behind the United States, before it was overtaken by Brazil. The official mortality rate in those two countries has been over four times higher than Russia’s, but that is almost certainly due to the fact that the Russian authorities have counted only patients who demonstrably died from COVID-19 and used generic diagnoses such as “atypical pneumonia” to keep numbers low.

A tradition of sweeping problems under the rug and skirting accountability has meant that government measures, while sometimes resolute, have been heavy-handed and non-transparent. This in turn has fuelled popular protest against these measures. All of this comes against the background of long-term structural problems.

In the medical system, much investment in recent years has been channelled into flagship high-tech facilities in the big cities. Conversely, many hospitals in peripheral areas have been closed. Cramped conditions, poor hygiene, and a lack of basic supplies are not uncommon in poorer regions, creating risks for both patients and medical staff. The centralised nature of the system created bottlenecks in the response to the epidemic: for many weeks, samples from the entire country could only be processed at a single lab in Novosibirsk.

Also read: COVID-19 and Mental Health: Suicidal Tendencies and Self-Harm on the Rise

With a strong tradition of wartime medicine, Russia’s medical system has often been best when in crisis mode – at the cost of sacrificing medical workers. Staff, including commandeered medical students, have been forced to test and treat patients without themselves getting tested or given proper protection. Officials deny that COVID-19 has led to a high mortality rate among doctors, but the Doctors’ Alliance, a trade union created in 2018, mentions hundreds of medics dead as a result of the epidemic in its online map, and so do various offline memorials. As in other highly unequal countries, wealthy donors have sometimes stepped in to provide high-profile targeted help to specific hospitals or regions.

Most Russians were affected by the health and economic effects of the pandemic, coming on the heels of several years of falling real incomes and dwindling savings. As in other countries, however, those dependent on social support have been especially vulnerable. These include low-income households; the elderly, disabled, or homeless people; problematic substance users; those at risk of domestic violence; LGBT individuals; those recently released from detention; and those with health conditions requiring medication made scarce by the pandemic.

The Russian welfare system is application-based rather than proactive. Many of these people therefore fall through the cracks. Some do not fit the state’s rigid categories. Others have never learned to navigate the system. Many lack the required documentation, such as official registration at their place of residence for foreign or internal migrants or tax documents for those employed in the grey economy. Non-state support associations have often tried to fill the gaps, and NGOs have submitted recommendations to the government on supporting vulnerable population groups through the pandemic. However, despite a surge in volunteering and crowdsourced aid over the past decade, the Soviet legacy means that such associations typically remain small and semi-professionalised rather than community-based. They are therefore limited in influence and reach, especially outside the wealthier centres. The main exceptions to this rule can be found in rural parts of the North Caucasus that have retained elements of a traditional social structure.

In addition, over half a million people live in group care facilities of various kinds, including orphanages, old-age homes and in stationary hospital or psychiatric care. Many of these institutions are in desolate condition, and their directors unable to ensure quarantine measures or unwilling to report infections for fear of stigma. All of this is in addition to other population groups living in communal arrangements, including many in Russia’s one million strong army, out-of-town university students in dormitories, or monks and nuns in Orthodox monasteries.

Prisons have become a particular hot spot. Russia’s prison population has been almost halved in recent years, due mostly to a rise in alternative sanctions as well as suspended and deferred sentences. Russia has dropped from third to 23d place by incarceration rate internationally, but it still has the world’s fourth-largest number of prisoners in absolute terms, at just under 600,000 people held in approximately 1,000 facilities across the country. Prisoners have long been particularly vulnerable to infectious diseases.

Thus, despite considerable advances, Russia is still among the 20 countries with the highest incidence of tuberculosis, and prisoners are especially affected. Annual inmate turnover rates of close to 50% help spread infections both inside prisons and among the larger population. Unlike other countries, Russia did not release prisoners early in response to COVID-19 despite a tradition of proclaiming Victory Day amnesties on May 9. Instead, prisons have been isolated, shutting out visitors and packages, including medicines. Reliable information has been difficult to come by for the same reason, but it appears that prison directors have hardly introduced any serious testing, hygiene, or distancing measures for fear of their institutions being branded as corona hot spots. At the same time 120 prisons have been tasked with sewing masks.

Seasonal labour migration has further contributed to the spread of the infection. Unskilled workers arriving from post-Soviet countries such as Tajikistan to face exploitation and discrimination are a well-known phenomenon. In addition, however, several million Russian citizens regularly rotate through shifts outside their home regions for months at a time, especially in the extractive industries, construction and small-scale trade. They typically stay in crowded dormitories, lack basic protection of their labour rights, and risk spreading infections when returning home.

The North Caucasus republic of Dagestan can serve to illustrate many of these processes. One of Russia’s poorest regions, it also became one of the main infection hubs by April. Local traders or workers had brought in the virus when returning from other regions to attend large events such as weddings. Traditions such as high community turnout at funerals contributed to spreading the infection, as did carelessness due to conspiracy theories and ineffective folk remedies such as berry juice. The poor medical infrastructure and lack of basic equipment was exacerbated by officials’ fear that honesty about outbreaks would be used to discredit their institutions and the whole republic. Conversely, where the effects of the epidemic were mitigated, this was often due to action by kinship networks, local village elders, or wealthy politicians or businessmen with ties to local communities.

Western observers often take protest in Russia seriously only when it is openly directed against Putin and appears to hold a promise of regime change, so much attention has focused on the fact that the president’s ratings in surveys fell to historic lows in April (59% “approval,” 27% “trust”). Yet such polls are a notoriously poor guide to actual behaviour, and this view glosses over the wide variety of protest forms, causes and targets. All of this has been starkly in evidence during the pandemic.

Much protest happened exclusively online. In late April, a live-stream titled “For Life” featured well-known figures criticising government policies from their homes, replicating in an online format the traditional format of liberal anti-Putin opposition rallies. The blogger and opposition figurehead Alexey Navalny collected over a million signatures in support of his five-point plan of handing out cash and scrapping taxes and utilities payments to mitigate the crisis. As part of a campaign that started out in Rostov-on-Don before spreading to other cities, people started using the crowdsourced traffic alert function of the most popular satellite navigation software to flood the system with comments critical of government policies. 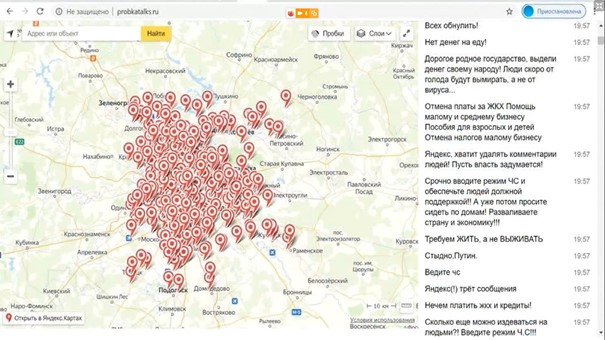 Users posting “traffic alerts” in Moscow to criticise the government’s handling of the pandemic.

Other events have resembled the single-issue street gatherings that are more characteristic of labour protest in smaller towns. In late April, seasonal workers at the Chayanda oil and gas field in Yakutia staged a mass protest against their cramped living conditions and lack of testing or protective measures. The previous week had seen large rallies against self-isolation measures by small-scale traders in Vladikavkaz, the capital of North Ossetia in the North Caucasus.

Also read: BRICS and COVID: Rising Powers in a Time of Pandemic

Responses to these protests have followed the traditional dynamic of co-optation and repression. The online campaigns were largely ignored or (in the case of the map-based campaigns) censored by platform administrators. The protest at the commercially important oil field of Chayanda led operator Gazprom to provide tests and protective gear, unlike in many other rotation villages that have had similar problems. The protests in Vladikavkaz were violently dispersed and almost universally condemned by local social and intellectual elites across the political spectrum, even though some Moscow opposition figures tried to co-opt them as signs of discontent with the Putin regime.

Overall, the COVID-19 pandemic has put a massive strain on Russia’s infrastructure and heightened inter-regional discrepancies. However, both government responses and popular protests have largely followed traditional patterns, and though self-organised initiatives that emerged before the crisis have continued through the epidemic, it is unlikely that Russia’s political system or social structure will emerge out of the crisis transformed.

The pandemic did extend the already large discrepancies between regions in terms of income and infrastructure. These differences have been further widened when President Vladimir Putin deferred to the previously reined-in regional governors to handle the pandemic. However, this does not appear to have noticeably weakened his position. Before the start of the pandemic, he had introduced constitutional amendments designed to secure his hold on power for life and cement conservative and isolationist values. These changes were officially approved in a (demonstrably rigged) referendum held over one week in June and July. Unlike neighbouring Belarus, where a near-total lack of quarantine measures may have inadvertently facilitated unexpectedly active pre-election protests, Russia has not seen anything like the massive protest wave that followed the falsified elections of 2011 and 2012.

Mischa Gabowitsch is a senior researcher at the Einstein Forum in Potsdam (Germany) and the author of Protest in Putin’s Russia.