The journalist has accused state officials' involvement in her abduction, rape and torture. Now, Colombia's government has withdrawn from the proceedings in an international court in the case. 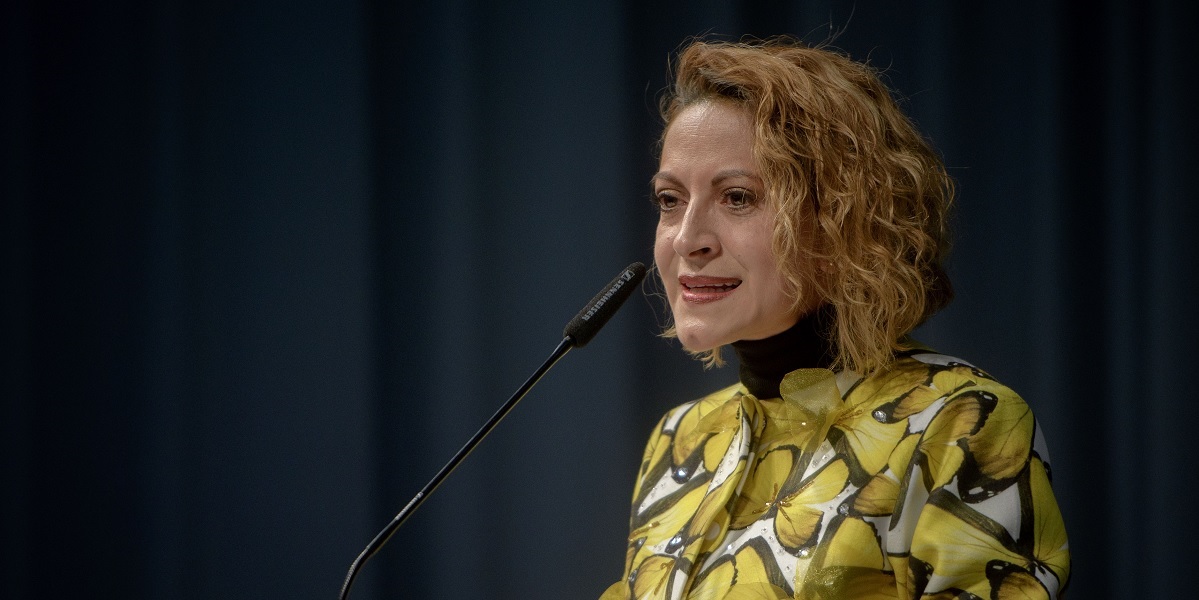 New Delhi: Colombian journalist Jineth Bedoya Lima’s two-decade-long quest to bring her attackers to justice faced yet another hurdle earlier this month, after her country’s representatives withdrew from the Inter-American Court of Human Rights hearing on the case.

Bedoya, 46, was abducted, tortured and raped on May 25, 2000 from outside a prison, where she was to interview a member of a far-right paramilitary group. She had been investigating arms trafficking by members of the paramilitary group and state officials. Her attackers told Bedoya that the violence inflicted on her was meant to be a message to the Colombian press. While three of her attackers have been sentenced so far, Bedoya believes that the involvement of others, including state officials, has been covered up.

On this past March 15, the Colombian government’s legal team “unprecedentedly withdrew” from the Inter-American Court of Human Rights hearing in protest after demanding the recusal of five of the six sitting magistrates, alleging bias and a lack of objectivity in their questioning.

It was hoped that the hearing would provide a landmark legal decision reinforcing the obligations of governments to protect and guarantee the safety of journalists, in particular women journalists. However, Colombia’s withdrawal suggests that the country may not be willing to implement the court’s ruling.

The case was brought to court by the Inter-American Commission on Human Rights, which had found that the Colombian state had failed to comply with its directives. The Commission had concluded that Colombia was responsible for the violation of her right to life, personal integrity, personal liberties, private life, freedom of expression, and equality before the law and judicial guarantees. Among its recommendations were that Colombia conduct a complete, impartial, and effective investigation, within a reasonable period of time and establish all the circumstances surrounding the crimes committed against the journalist, including the possible participation of state agents.

According to the World Association of News Publishers, the Inter-American Court of Human Rights passed a resolution on March 17, rejecting the Colombian government’s allegations as inadmissible. It has determined to continue hearing the case until its conclusion. The court’s decisions are final and unappealable.

On March 15, Bedoya gave her testimony before the court, accusing the Colombian state of torture, rape and kidnapping during a virtual hearing. “My life was destroyed, they killed me the morning of May 25” 2000, said Bedoya, according to news agency AFP.

Bedoya claimed that the state, including an “influential” police chief, was complicit in her abduction.

She asked for protection for herself and her mother, as well as for the La Modelo prison, from where she was abducted, to be closed down. The prison was “the office that connected all the crime in the country at that time,” she said, adding that it was a “symbol of impunity.”

The Committee to Protect Journalists (CPJ) slammed the Colombian government’s decision to withdraw from the court proceedings, saying it “shows the authorities’ shocking disregard for the violence inflicted on Jineth Bedoya, and is a slap in the face to every Colombian journalist — especially women journalists — fighting impunity”.

“The Colombian government should be acutely aware of the toxic message their action sends both to their people and to the international community: that the rule of law is once again threatened, and victims of outrageous crimes should expect no justice in Colombia,” said Vincent Peyregene, CEO of the World Association of News Publishers

Bedoya says the authorities didn’t investigate her case for years, and she was forced to start investigating herself. She also chose to continue doing journalism in Colombia.

“I still do not know where I found the strength to return to the newsroom, to my notes and to my tape recorder. What I do see clearly is what motivated me. I understand now that my love for this profession and for my work as a reporter was greater than the pain of my body and my soul,” she wrote in CPJ’s 2016 edition of Attacks on the Press.

In the years after her attack, she continued to document the confrontation between paramilitaries, guerrillas and the military.

She says she decided to “keep what happened to me in a drawer, though it was always there, marking and changing my life without mercy”.

“It was not until 2009, nine years after my kidnapping, that I recognized the necessity of speaking about it, and came to understand that I was among millions of victims of the war in Colombia … The process was not easy, and for the next three years, the decision to talk led me to a deep depression,” Bedoya wrote.

She has been on a mission to bring attention to victims of sexual violence, starting a movement called “No es Hora de Callar” (“This is not the time to be silent”). 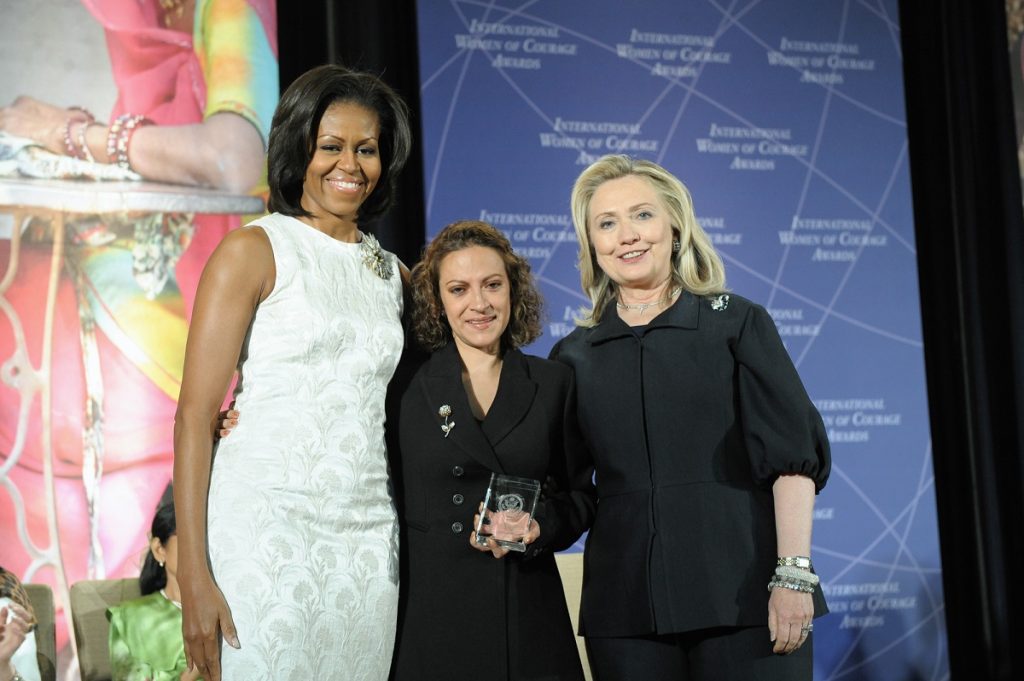 Jineth Bedoya (centre) with US Secretary of State Hillary Clinton and US First Lady Obama in March 2012. Photo: US Department of State/Wikimedia Commons, Public Domain

With the Colombian government continuing to drag its feet, Bedoya sued the country before the Inter-American Commission on Human Rights in 2011. The current court proceedings are an extension of her petition.

Her appeal prompted the government to act, with one person being arrested in that same year. The next year, the attorney general of Colombia declared her abduction and torture a crime against humanity, meaning there is no expiration date for the investigation.

The Colombian government also decided to mark May 25 – the day of her rape and kidnapping – as the National Day for the Dignity of Women Victims of Sexual Violence caused by the Internal Armed Conflict.

The journalist’s abduction and rape is inextricably linked to Colombia’s civil war, which raged on for over a half-century, resulting in the deaths of over 200,000 people and the displacement of 5.7 million. It began in the 1960s, when left-wing guerrilla such as the Revolutionary Armed Forces of Colombia (FARC) hoped to replicate Cuba’s communist revolution in the country and mobilised peasants landlords.

Apart from guerilla militants and the Colombian armed forces, the civil war also involved far-right paramilitary groups, which were often backed by the government. Bedoya’s attackers belonged to the United Self-Defences of Colombia, one of the most aggressive and violent far-right paramilitary groups in the country. While these groups pitted themselves as a reactionary force to the guerrilla movement, the Colombian military is believed to have delegated the task of murdering civilians such as peasants and labour union leaders to paramilitaries.

The 2016 peace deal between the Colombian government and the FARC formally ended five decades of fighting, but violence still continues.

While deaths, disappearances and displacement during the civil war received international attention, sexual violence “tended to be ignored or met with impunity”, according to the Guardian. The newspaper reported that between 1985 and 2016 alone, 15,076 people were victims of sexual violence during the armed conflict, with 91% of the victims being women.

Olga Amparo Sánchez, the director a women’s rights NGO, told the newspaper that “sexual violence was used as a weapon against women during the conflict … it was systematic”. 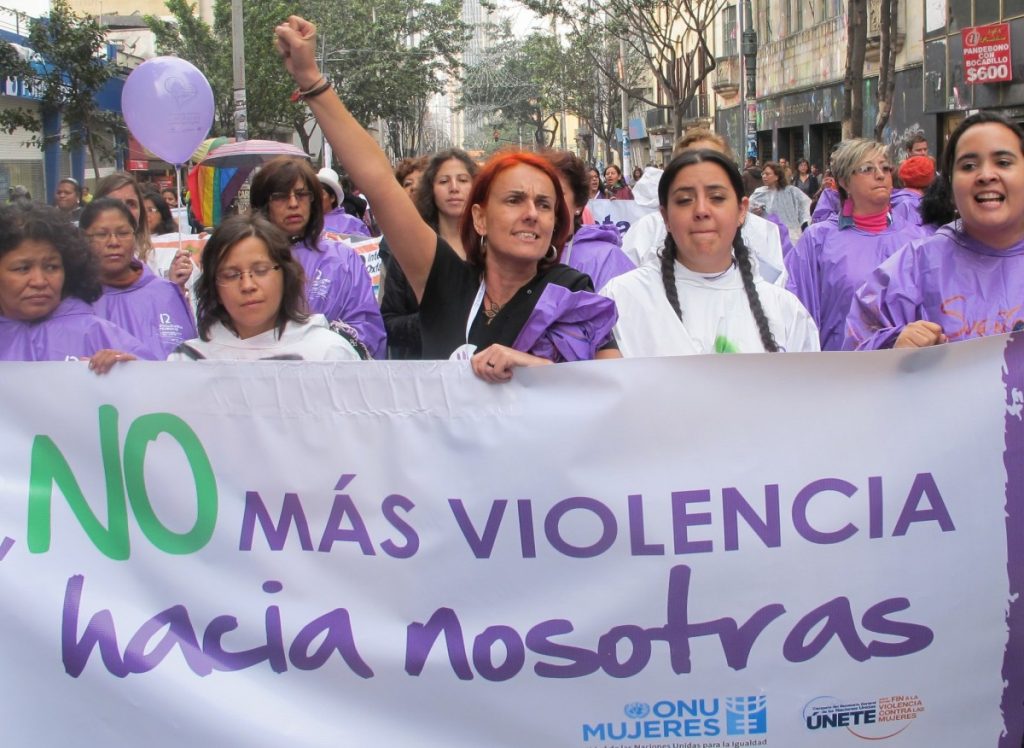 A protest meet in Bogota, Colombia, demanding an end to violence against women. Photo: UN Women/Flickr CC BY NC ND 2.0

Bedoya’s case coming before the Inter-American Court of Human Rights assumes additional significance under these circumstances.

“If this case helps to build a more just Colombia – and I do have my doubts that the government will honour any ruling … [i]t will be by providing an instrument so that other women can seek justice and reparations,” Amparo Sanchez said.

“This case is incredibly important as it provides the opportunity to set a precedent for the region on sexual violence carried out against journalists under the banner of armed conflict,” Jonathan Bock, the director of Colombia’s Press Freedom Foundation, which has been helping Bedoya build her case, told the Guardian. “Sexual violence against women was one of the great atrocities of the conflict and Jineth has come to represent hundreds of survivors.”