China's Biggest Hydropower Projects Are on Tibetan Rivers, But Do They Benefit Tibetans?

The enormous Lianghekou dam will impact Tibetans who live as far as 100 kilometres away in the upstream of the Yalong River. 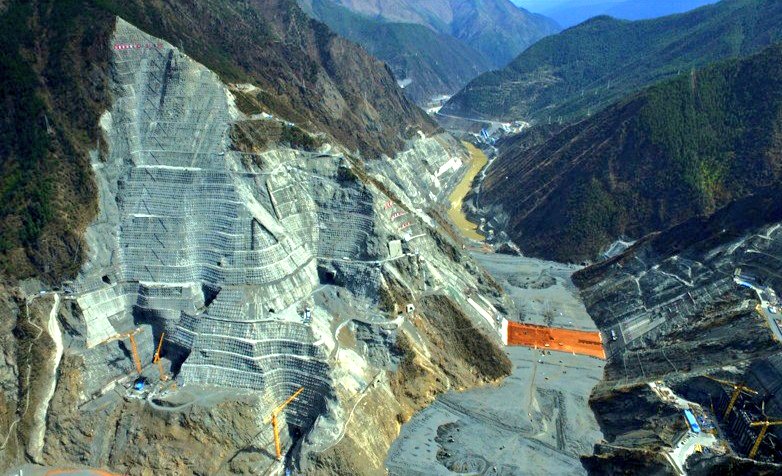 In late September 2021, the first unit of the 295-metre Lianghekou hydropower station, which was  one of the 22 level power stations on the Yalong River approved by China’s National Development and Reform Commission in September 2014, came into operation in Yajiang county of Sichuan Province.

The remaining five units are expected to be commissioned by 2023.

It is estimated that the hydropower station can generate 11 billion kilowatt hours of electricity annually. After completion, it is expected that the dam will reduce raw coal consumption by 13.3 million tons and carbon dioxide emission by 21.3 million tons per year.

The Lianghekhou dam has impacts on the Tibetans who live as far as 100 kilometres away in the upstream of the Yalong River that originates in Tibet-Qinghai plateau.

It is believed by Tibetan right activists that once it is fully completed by 2023, the Lianghekou dam will drown ancestral homes, revered Buddhist monasteries, fertile crops and sacred mountains such as Palshab Drakar. It has been reported that about 6,000 people across four counties were relocated due to the project. The relocated people had received around 300,000 yuan (then US $ 44,000) as compensation.

Furthermore, Sichuan where the dam is located, is regarded as a hotbed of seismic activity. The 2008 earthquake that killed 87,000 people, injured 370,000, and rendered 5 million homeless had its epicentre in Wenchuan county which is a few hundred kilometres from Lianghekou. Some suspect that the earthquake was because of water pressure exerted by dam reservoirs.

Also read: The Time Is Ripe to Focus on India’s Water Ties With China, Pakistan and Bhutan

It is also estimated that between 1990 and 2015 at least a million people have been relocated from Tibet to make way for mining ventures and hydropower projects.

In the past, protests held by the Tibetans against hydropower projects were handed strongly by local authorities. In 2009, it was reported that six women were shot by the Chinese security forces. They were demonstrating against a forcible relocation in Yajiang, Ganzi. 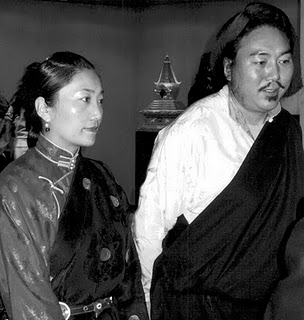 In 2010, reports said Chinese authorities had clamped down on protests against dam building and mining at Naglha Dzamba mountain that is worshipped by many in TAR.

According to  reports, Karma was detained in 2009 when he tried to secure the release of his two brothers, Chime Namgyal and Rinchen Samdrup, who were imprisoned for their efforts to conserve wildlife in Chamdo.

Then, in 2016, 20 Tibetans were arrested for protesting the construction of a dam on Lancang (Mekong) River in Dechen county in southeast TAR.

Furthermore, it is widely believed that the hydroelectricity generated from the hydropower plants in Tibet are largely transferred to the industrial cities of China.

Even dam construction does not provide jobs to too many local Tibetans, as the power companies largely bring in employees from outside TAR.

Contrary to what Tibetan rights activists, representatives of the Tibet government-in-exile, and several foreign scholars have been saying, the Chinese media and the state authorities portray a picture of development and ecological success of the TAR.

Some Tibetans are expected to receive around ¥ 10,000 (about US $ 1551.18) every year in subsidies for protecting forests and patrolling the border. Further, it is claimed by the local CPC leadership that since 2016, 700,000 ecological jobs have been provided to local people.

The TAR has more than 60 laws regulating the environmental protection, and around 45% of the area is under protection within ecological “red lines”. The TAR has built 47 natural reserves which occupy more than 34% of the total area of the region. In July 2021, the Chinese President  Xi Jinping, the first President to visit Tibet in 30 years, went to the Nyang River Bridge to inspect the ecological preservation in the basin of the  Brahmaputra and its tributary Nyang river. Xi also stressed on the need for high quality development in Tibet under the leadership of the CPC. 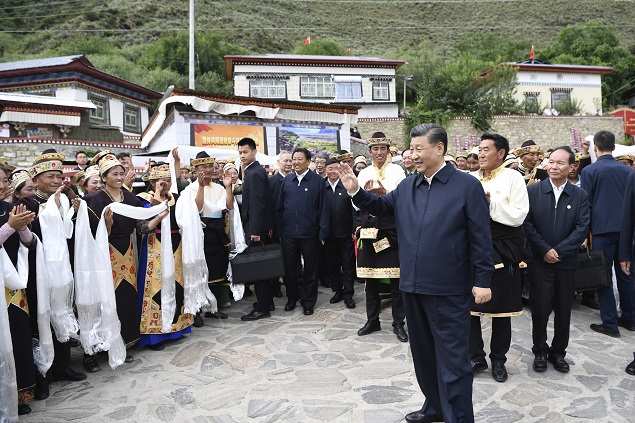 As China is struggling to maintain balance between electricity demand and supply , and many parts of its northern provinces are facing water shortage, it is likely to tap more waters from the rivers originating from Tibet to generate hydroelectricity and fulfil water-related demands.

This means that more hydro-infrastructure would be built in the TAR whose impact on the local population is a matter of empirical study.

Amit Ranjan is a research fellow at the Institute of South Asian Studies, National University of Singapore. He is also author of the book Contested Waters: India’s Transboundary River Water Disputes in South Asia, Routledge. Views expressed in this article are personal.