How China Is Expanding Global Influence via Debt Trap Diplomacy 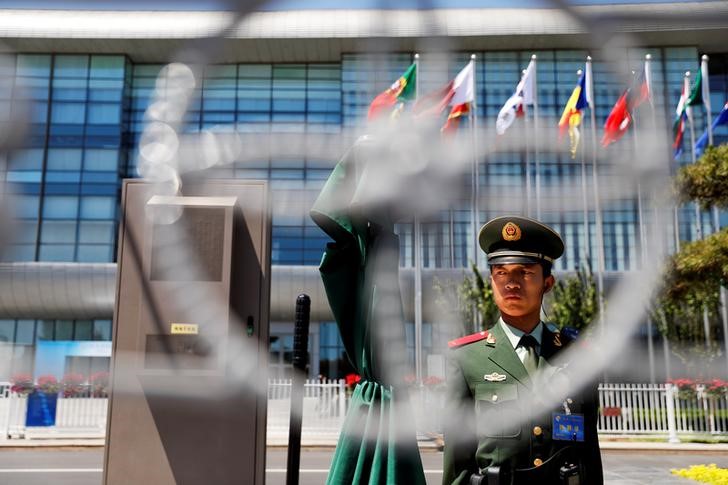 A paramilitary policemen secures the venue of the Belt and Road Forum in Beijing, China, May 14, 2017. Credit: Reuters/Damir Sagolj

There has recently been a spate of articles and studies across the United States and Europe that seek to debunk the ‘debt trap diplomacy’ of China under its multi-billion dollar connectivity project, the Belt and Road Initiative (BRI). This type of diplomacy refers to offering projects/loans on terms that end up being too difficult for countries to repay, eventually compelling them to accept political or economic concessions. China’s BRI has resulted in several such unsustainable debt-for-infrastructure deals, which nevertheless, further Beijing’s geostrategic interests by increasing its global presence and influence.

Interestingly, the recent set of writings that tend to project the BRI as a benign venture have five things in common. First, they portray the BRI as purely economic ventures, motivated by no other intentions. Second, they mention that projects in foreign countries predate the BRI in 2013 and thus cannot be part of a grand strategy – although many of them, like the Hambantota Port in Sri Lanka, have since been brought under the BRI umbrella. Third, they attribute the mounting debt in host countries to their internal functioning and fiscal mismanagement. Fourth, they describe China’s development financing system as fragmented and too poorly coordinated to pursue detailed strategic objectives. Fifth, they tend to focus either on countries with a history of turbulent fiscal management or examine the BRI in the African continent, where China has been comparatively benevolent.

Corralling these facts, an attempt is made to build a new narrative. But, does this present the true picture?

Indeed, it may be that the primary aim of the BRI is not to put countries in a debt trap to seize their assets. But, it is clear that China has approached its investments strategically. While engaging in projects, it has factored in the host countries’ abilities to repay loans. It also has wider strategic objectives of making the Middle Kingdom a global power and BRI is one of the tools to achieve this objective. It is, therefore, imperative to understand the nuances of China’s strategic ambitions.

Although China may have waived off debts and negotiated loans in numerous African countries, the same cannot be said for other parts of the world. This difference, may be attributed to the fact that presently, the African continent does not offer immediate geostrategic opportunities to Beijing compared to other parts of the world. So, Beijing feels no immediacy in squeezing those countries and demanding repayment or equity in lieu. China is willing to play the long game in Africa as a friendly power to garner political and popular support for using at later date.

By contrast, in South Asia, with the Indian Ocean and Indo-Pacific as new theatres of contestation, Beijing will, and has capitalised on opportunities to further entrench its presence, influence, and leverage in the region. Sri Lanka is a prime example of China having taken advantage of internal fiscal mismanagement and debt. A New York Times investigation into the 99-year Hambantota Port deal and 15,000 acres of surrounding land that was given to a state-owned Chinese company revealed an insistence on the Chinese side to focus on handing over equity in the port, rather than allowing any easing of negotiating terms with the Sri Lankans.

Additionally, while China explains the deal as a purely commercial endeavour, Sri Lankan officials have stated the intelligence and strategic opportunities the port offers were part of the negotiations – aspects that have serious security implications for India.

China’s engagement with the Maldives could result in a similar situation where $1.4 billion amounting to 78% of the country’s external debt is owed to China. The Maldives is also one of eight countries at particular risk due to continued Chinese lending and can suffer from debt distress, as stated in a report by the Center for Global Development (CGD).

With the period for loan repayment beginning from 2021 onwards, we could see Beijing capitalise on fiscal mismanagement and centering negotiations on equity swaps rather than on other measures of alleviating debt, which it is willing to do in Africa.

China has also included dubious clauses in bilateral agreements that directly contradict the benign nature of the BRI and reinforce the proactive debt trap diplomacy in other parts of the world. Montenegro is one such case where China has loaned €800 million to build a highway. A provision under the agreement states if Montenegro were to default on repayment, China would get the right to access Montenegrin land as collateral – directly alluding to a strategy of seizing assets in case of inability to repay. 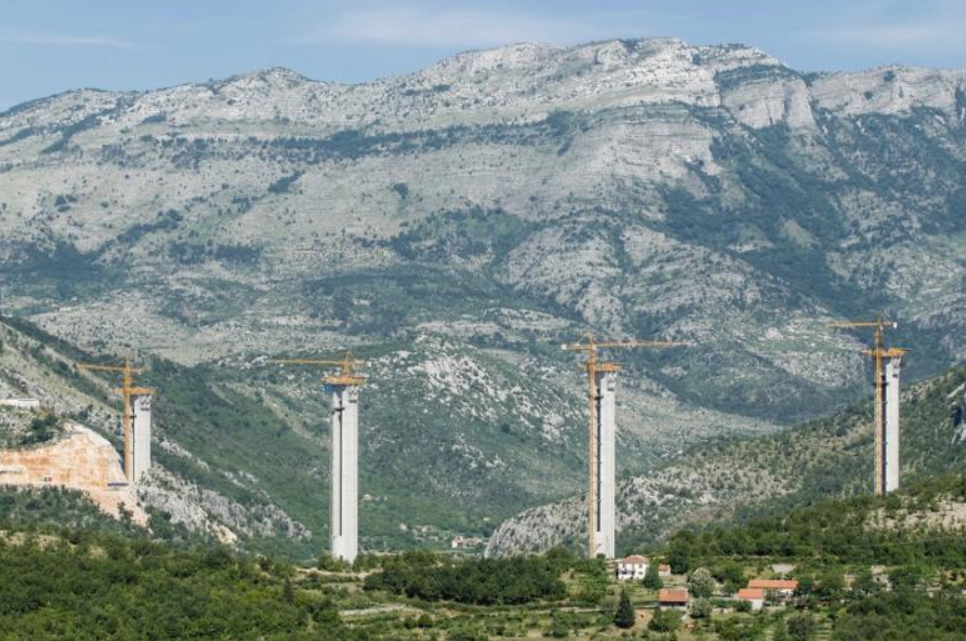 This will provide China a direct entry into Europe. To further complicate matters, the contract also stipulates that any legal dispute would be placed under an arbitration court in China. Presently, Montenegrin debt is around 65.9% of its GDP with China holding 25% of its public debt.

China’s ‘debt trap diplomacy’ is not a figment of imagination. While it may have decided, for strategic reasons, to keep it in abeyance in some parts of the world, it is blatantly apparent in others. The pattern is quite clear in India’s neighbourhood where it is systematically acquiring real estate for strategic reasons.

The sudden emergence of a rose-tinted narrative dismissing debt traps as part of China’s grand strategy has a hollow ring to it. Looking ahead, as repayment of loans mature, we could see Beijing becoming increasingly opportunistic and seizing assets in what it perceives as strategic parts of the world.

The author is research associate at Centre for Air Power Studies.