100 Years of Chatham House: A Century in the Service of Empire

The authority of the liberal international order that grew out of imperial-internationalism, and further embedded Western power in world affairs, is unravelling at home and challenged by rising powers abroad. Chatham House, the erstwhile Royal Institute of International Affairs (RIIA), one of the world’s oldest and most influential think tanks, is 100 years old this year. Located near Westminster and Whitehall, it is a key institution in the discussion of British foreign affairs and world politics. Its flagship journal, International Affairs, is a sprightly 98 years old.

It leads in the University of Pennsylvania’s global rankings of think tanks. Despite such long-lived influence, however, the very liberal-imperial order founded on Anglo-American power that it championed, is unravelling. It has its work cut out to take on the forces of populism, nationalism, opposition to Western interventionism, and the ‘rise of the rest’, in its second century.

Made in war and revolution

Chatham House was formed in the wake of the First World War and the rise of an increasingly assertive, democratic and socialistic public opinion, especially among the working class and women. Claiming to be objective, non-political and even scientific, it promised to democratise the making of foreign policy, and to end the Foreign Office’s jealously-guarded monopoly over foreign and imperial policy. Steeped in its own elitism, and patronised by the monarch, it aimed at educating public opinion, the very embodiment of what American political commentator Walter Lippmann called a ‘secular priesthood’ to manage the masses in the age of popular discontent and revolution.

Also read: Washington’s Newest Thinktank Is Fomenting a Revolution in US Foreign Affairs

It never really achieved its stated goals, remaining wedded to imperial-internationalism, elitist in character in ‘educating’ newly-awakened ‘public opinion’, and supportive of a racialised world view wedded to Anglo-Saxonism. At the core of the Chatham House project lay the aim of an alliance with the United States as Britain’s imperial power declined. Such attitudes were on full display at the Paris Peace Conferences in 1919-20, where Chatham House was conceived as the British branch of an Anglo-American institute of international affairs.

Saturated with a haughty attitude to inferior colonials considered incapable of self-government, Chatham House elites looked down on an increasingly assertive organised working class, galvanised by the experience of bloody trench warfare, and inspired by the dramatic effects of the Russian revolution, and Lenin’s calls for workers to get out of the war and overthrow ‘their’ governments.

Chatham House was a descendant of the Round Table, an openly imperialist group whose goal was the preservation of the British empire. Its main achievement was probably the making of the South African constitution under Sir Alfred Milner – which is instructive. It highlighted the group’s imperial and racist attitudes as that constitution embedded and codified racial inequality, laying the initial foundations of apartheid.

But increasing dominions’ nationalism, World War I, the virtual collapse of the moral authority of empire, and the rise of anti-colonial nationalist revolts, not to mention the Bolshevik revolution, forced a major rethink in elite circles. The post-1918 world was one of the crisis of colonial hegemony as the United States emerged as a dominant world power with a new, modern, scientific, concept of global governance, liberal internationalism.

In particular, a group of discontented colonial and other officials, and their allies, were largely ignored in the Paris Peace Conference deliberations and decided to form an institute of international affairs that would make the making of foreign policy more democratic and scientific. Chatham House was born as the weaker twin of its US counterpart, the Council on Foreign Relations (CFR). The CFR publishes the influential review, Foreign Affairs, that reflects the mindsets and preoccupations of the US foreign policy establishment.

But its imperial credentials and elitist mentalities, with their embedded Anglo-Saxonist notions of racial superiority, meant that Chatham House was destined to broaden the basis of oligarchy rather than democratise foreign policy. It meant that Chatham House became ever more integrated into the mentalities and machinery of the official foreign policy making process, even receiving direct funding from the state to supplement its corporate donations and US foundation grants. It was, moreover, part of a set of transatlantic, especially Anglo-American, elite networks that cemented politics, government, finance and cultures.

Leaders of Chatham House supported the appeasement of fascism in the 1930s, endorsing the official policies of the British government towards Nazi Germany. In the Second World War, the Institute was virtually nationalised by the Foreign Office to engage in conceptualising and planning for the post-war new world order, in which its Anglo-American origins and connections permitted it to leverage influence in regard to the making of policy but also conducting semi-official information campaigns, and diplomacy via the Institute of Pacific Relations (IPR). In the latter, Chatham House was the IPR’s UK national council, using the transnational forum to defend the ‘achievements’ of British colonialism against challenges from its US, Canadian, and Asian counterparts. Chatham House left its institutional imprint in the Foreign Office through the formation of its Research Department, which exists today as FCO Research Analysts. WWII was probably the height of Chatham House’s influence and prestige though it remained close to government, media, academia and embassies in London, not to mention West End clubland. 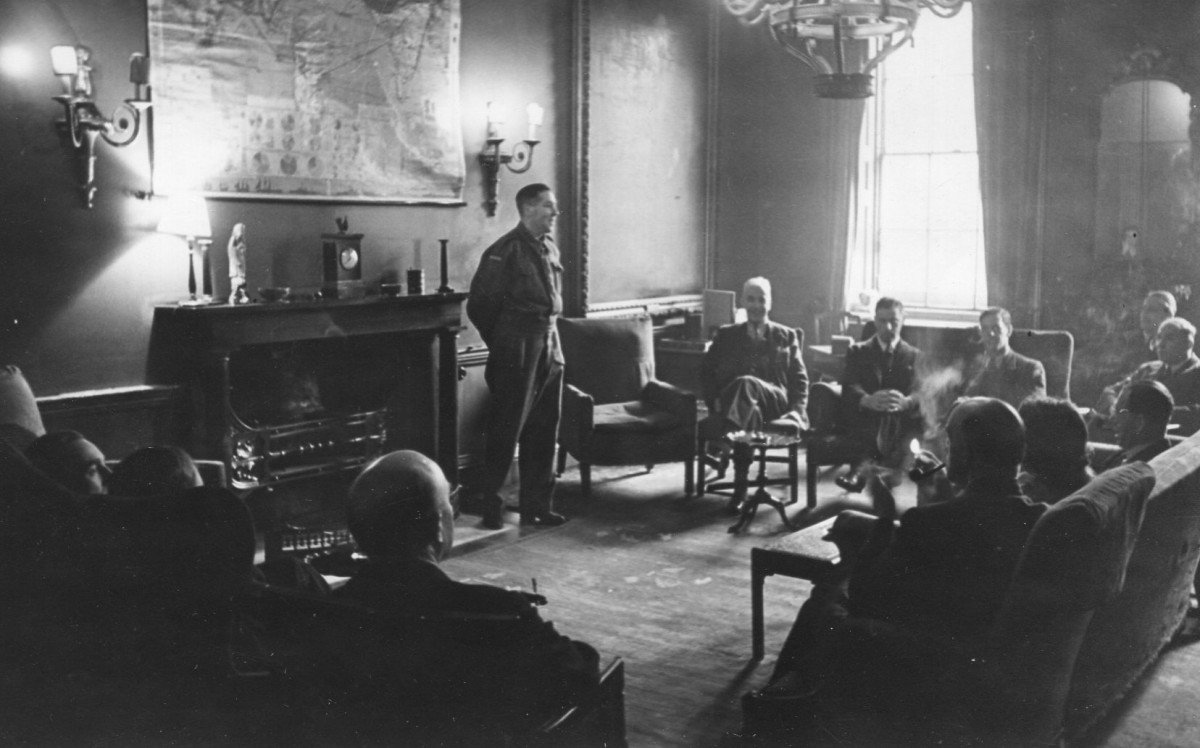 The liberal international order of the post-1945 period – the Bretton Woods system of UN, IMF, World Bank – and even the later Marshall Plan, and the concept and practice of ‘foreign aid’ for Third World ‘development, were debated and conceived in elite networks at the centre of which sat Chatham House, the Council on Foreign Relations, and their states’ respective foreign ministries.

By the1950s Chatham House had also become a model for think tanks across the empire and dominions. Versions of Chatham House appeared from the 1920s and 1930s in Australia, New Zealand, Canada, South Africa, India, and even across Europe. The Anglo-Saxonist core of the organisation, and its relations with the US and the rest of the English-speaking world, remained significant well into the postwar period.

Yet the winds of change forced a formal shift against overt racism in world politics. In the 1960s, Chatham House was accused of showing obvious bias against South Africa in the invitation to dialogues with a succession of sufficiently moderate black representatives. The aim was a negotiated revolution to ensure the smooth transfer of power to responsible black elites suitably attached in mind and interests to western capital.

Moreover, although the institute had no affiliation to any political party, it actually operated within and was greatly influenced by a particular ideological consensus or framework that reflected the mainstream of parliamentary politics – especially in its attachment to US global strategies, while ignoring alternatives. Yet in the chilly atmosphere of Thatcherism and Reaganomics of the 1980s, Chatham House suffered serious attacks when it showed its willingness to start dialogues with an unreformed Soviet Union.

As Chatham House enters its second century in 2020, much as its US counterpart the CFR, it faces a crisis of authority of the liberal international order that it helped conceptualise, foster, and engineer in and after the Second World War. As Antonio Gramsci noted, “The crisis consists precisely in the fact that the old is dying and the new cannot be born; in this interregnum a great variety of morbid symptoms appear.”

Indeed, Chatham House is one of the key elements of a complex international elite knowledge network that is waging a battle for hearts and minds in the wake of Trumpism, Brexit, growing popular opposition to military interventionism in the Middle East, and the dissolution of the United Kingdom itself. The authority of the liberal international order that grew out of ‘liberal-empire’ – imperial-internationalism – and further embedded Western power in world affairs, is unravelling at home and challenged by rising powers abroad.

Inderjeet Parmar is professor of international politics at City, University of London, and visiting professor at LSE IDEAS (the LSE’s foreign policy think tank). He is a columnist at The Wire. His twitter handle is @USEmpire.